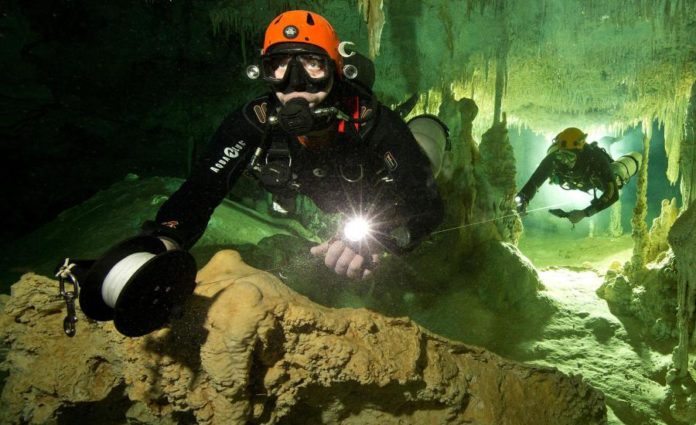 Have you ever thought about how deep the ocean is? It’s something like one Mount Everest with five Empire State Building stacked on top of it. Have you ever thought about how many millions of lakes there are across the globe? There are 117 million lakes in the world. Imagine all the weird stuff that has ended up deep under all that water over time. Let’s take a look at 10 amazing underwater discoveries that left us speechless:

Underwater finds a 3,000-year-old mysterious lost civilization. There was a rumor among archaeologists that there were ruins lying beneath Lake Van in the eastern part of Turkey… They discovered a series of large stone walls surrounding a giant stone structure.

A civilization that existed roughly 3,000 years ago during the Iron Age. Considering age the walls are almost 13 feet high and the castle spans more than half a mile. Their excellent condition is probably because Lake Van is a saline soda lake. It means the water has high levels of sodium chloride or salt which acts as a preservative for the underwater ruins sailing. The divers have called this discovery nothing short of a miracle.

Archaeologists in Greece have discovered as many as 58 shipwrecks all in the same place. The wrecks were found in the small island complex called 4/9 which is in the Eastern Aegean Sea near Turkey. It’s well known that the Aegean Sea had been a busy navigational route to trade ships for centuries.

The discovery of the shipwrecks tells a story of how ships full of cargo traveled through the Mediterranean Aegean and the Black Sea along the trade routes. The largest concentration of ancient shipwrecks ever found in the entire Mediterranean Sea.

It’s believed that the ships were transporting wine, oil, sauces, honey and fish sauce. They were a popular stopover point for sailors to rest and because of that, it was also a prime spot for pirates. However, a less exciting more realistic explanation than pirates for the high concentration of shipwrecks is bad weather.  So while some of the ships may have been victims of greedy pirates most were likely taken by the wind and the storms.

People are fascinated with underwater sunken relics. because they tell stories of what might have happened. It’s tragic and heartbreaking but also intriguing. They often remain mystery wreckage of a wide variety of military crafts like b-17s, dc-3s Dornier, 17 s Hellcat fighter planes, u-boats, submarines, tanks and much more. Some are shallow enough for even snorkelers to visit and in some cases swimmers. Don’t get any ideas. They’re protected by the global sunken military craft act which is why they’re intact and in place many of these.

Forgotten War relics are the watery graves of soldiers and pilots who met their deaths in the line of duty. Others are merely the spilled contents of cargo ships or battleships and specifically in the Pacific Ocean. Planes found at the bottom of the ocean didn’t actually crash but were dumped from aircraft carriers after World War Two. Apparently, it was too expensive to transport them back to the United States. These warplanes have become overtaken by coral and sea life almost blending in. They’ve become a South Pacific underwater tourist attraction.

We all know that the marine life and corals in the Gulf of Mexico must have really suffered after the horrible Deepwater Horizon oil spill. Did you even know there was such a thing is now exploring the deep depths of the Gulf of Mexico? And not only are they finding thriving unknown species and have never before seen wildlife behavior. They also found shipwrecks an estimated four thousand shipwrecks.

They sent submarine drones to explore these shipwrecks and the footage that is coming back is stunning. One drone found what they believe to be the shipwreck of a tugboat named New Hope which sank in 1965 during a tropical storm. It had been responsible for sinking US military ships near the mouth of the Mississippi River. Another shipwreck was unidentified but was estimated to be from around 1830. And may have been a merchant ship built for long-distance and no one knows why it sunk. Another unidentified wreck was just a skeleton of the hull of an ancient wooden vessel with a few metal tools left inside of it.

When archaeologists in Sweden were surveying land in advance of a new construction project they made a shocking discovery. They found several human skulls on stakes. This strange Stone Age burial site held the remains of 11 adults and one infant dating back 8,000 years. The burial grounds, however, weren’t actually underground or even above-ground during the Stone Age.

Related:  Ten of the Best Rock Climbing Destinations in the World

This site would have been underwater at the bottom of a small lake that was once there. The skulls and steaks had been preserved so well that the now gone lake must have been a low oxygen environment with high alkaline content. Which would have slowed bone decay because of the steaks and the strange underwater burial. Archaeologists conclude this was some kind of burial ritual.

You don’t necessarily think of shipwrecks being found in a lake but the great lakes have their fair share. The Cleveland underwater explorers Club has
been on a mission to locate as many as they can. The oldest wreck ever found in the lake built in Cleveland in 1820 one the lake serpent carried cargo for eight years until it disappeared in 1829. Experts believe it was the victim of a bad storm.

A one hundred nineteen-year-old shipwreck of a wooden steam barge that sank during in 1899. The only British warship leftover from that era that still exists in the world. Another rare discovery in Lake Ontario was a 19th-century schooner still sitting completely straight and upright 500 feet below Lake Ontario. It makes you wonder if it just sank straight down or did it do a flip and stick the landing.

A magnet fisherman is technically not a fisherman as there is no fish involved. Instead, this kind of fisherman uses strong magnets to pull items up from the bottom of the water. Either to retrieve lost items that fell out of a boat or a dock or just to fish for metallic items that might be a value. Nigel Langford a magnet fisherman in Peterborough England tried his luck on the river Nene and he hit the jackpot.

To his surprise, Langford pulled up a vast array of rare antique war weapons including a pile of unexploded grenades and loaded guns along a 10-mile stretch of the river. He found 20 guns, countless bullets, sawed-off shotguns, and a fully loaded gun magazine. While that all sounds pretty cool.

Climate change is currently a hot topic, but did you know it has been happening for thousands and thousands of years. For example, Florida’s landmass was much larger at one time. But about 14,000 years ago the melting glaciers caused sea levels to rise. Sound familiar and the landmass which now Florida shrink as a result many places were prehistoric. People once lived are now underwater.

A diver off the coast of Venice Florida picked up a barnacle-crusted item that appeared to be a piece of bone. He nonchalantly kept it on a paper plate in his kitchen for a few weeks before he realized what it actually was. The diver sent a photo of the relic to Florida’s Bureau of archaeological research and they immediately identified it as a prehistoric human jawbone excavation.

At the same dive site later revealed an eight thousand-year-old graveyard with more than 160 skeletons. The researchers concluded that they had uncovered a Native American burial site that had been miraculously preserved by the salty ocean water from the sea level rise.

Underwater tunnel network divers have found an elaborate in eastern Mexico which is believed to be the biggest flooded cave on the planet. Divers near the resort town of Tulum found a series of cave systems that connect and measure over 215 miles long. The study sheds new light on the ancient Mayan civilization from the relics of the Mayans found in the caves and tunnels.

The project’s aim to understand the Mayan culture and how it operated prior to the Spanish conquest. The underwater maze system is built on natural sinkholes. which have taken on religious significance to the Mayans. Several of the sinkholes were believed to be used for human sacrifice. Human bones have been found to support that theory.

More than 300 feet below the surface of the Baltic Sea lies a weird object that resembles Hans solo starship from Star Wars. It was first discovered in 2011 by Swedish scientist Peter Lindberg using sonar imaging conspiracy. Theorists call it proof that aliens have visited earth which seems pretty convincing because there were no other logical explanations for the anomaly.

Scientists analyzed samples carved from the Baltic Sea anomaly which was dated to be 140,000 years old. They concluded it was simply a glacial deposit but Lindbergh isn’t buying it. Furthermore, Lindbergh and his team could never explain why all of their electrical equipment shut off when he arrived within the object’s vicinity.