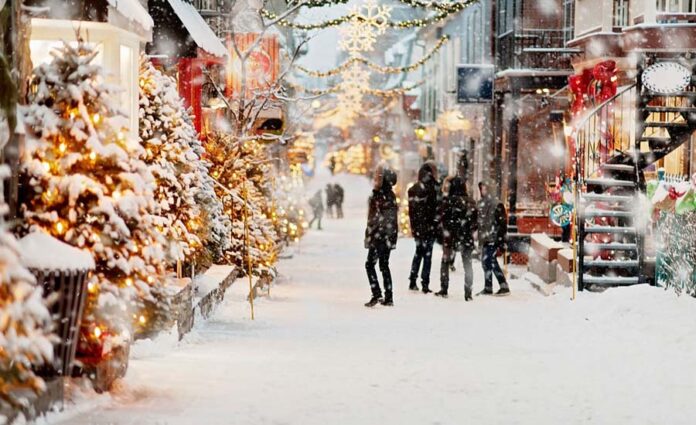 Christmas means holiday, celebration, gathering and many more. There is plenty of destination where Christmas is celebrated in full of enthusiasm, so why not be a part of that. Today we have 10 best places to celebrate Christmas with great pleasure. 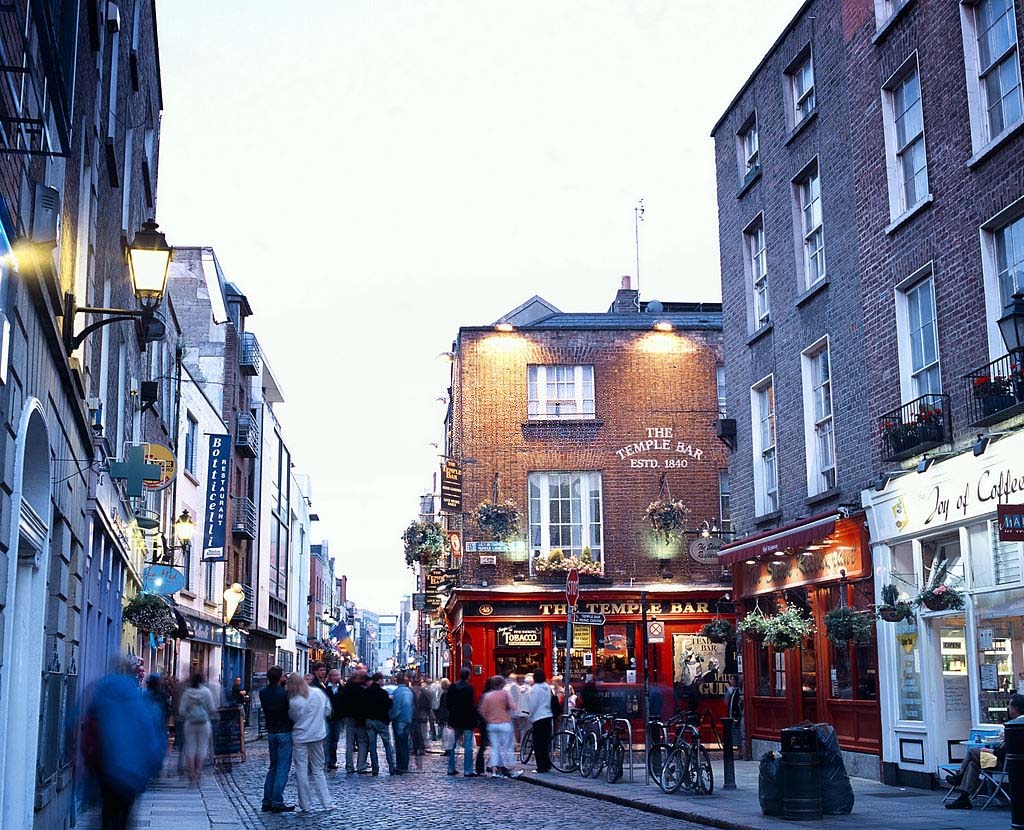 The Irish capital has always done the holiday season proud. But there’s one development
in particular that as of 2019 has officially pushed it into the top 10. Dublin is getting a new Christmas market and given that just so happens to be held in the area immediately surrounding the famous Dublin Castle. We’re expecting that the aptly named Christmas at the castle will prove to be a major draw during the holiday season. Various buildings and attractions across the city are transformed via. festive lighting displays, carolers, ice-skating, numerous holiday events. This city takes Christmas seriously who knows if you’re lucky you might even stumble across Ireland’s premier rock band busking for charity. 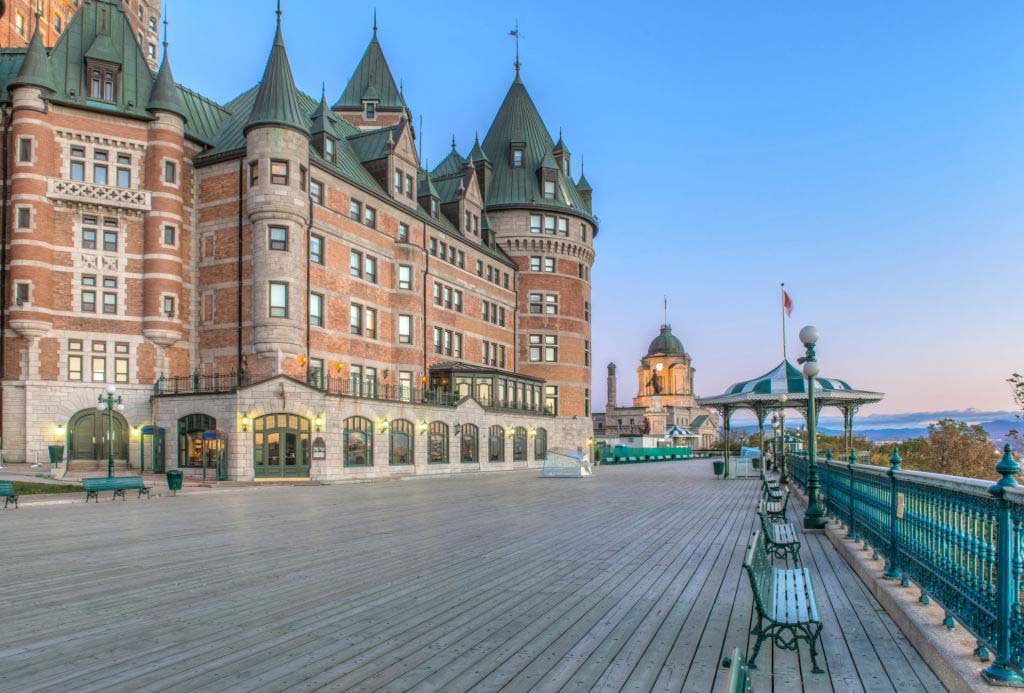 If you’re looking for maximum old-world charm without leaving North America you really can’t do much better than historic Quebec City or Montreal. For that matter from its French colonial architecture to its cobblestone streets. The setting will make you feel as if you’ve transported to a European city and a distinctly beautiful. One at that, the locals are passionate about Christmas. And they express this enthusiasm by tastefully decorating their snowy streets and homes with Garland’s, wreaths, Christmas trees, lights, and various ornaments. The neighborhood is known as Old Quebec, in particular, transforms into a true Christmas village. If you stick around until New Year’s Eve you’ll also be treated to one heck of a party. 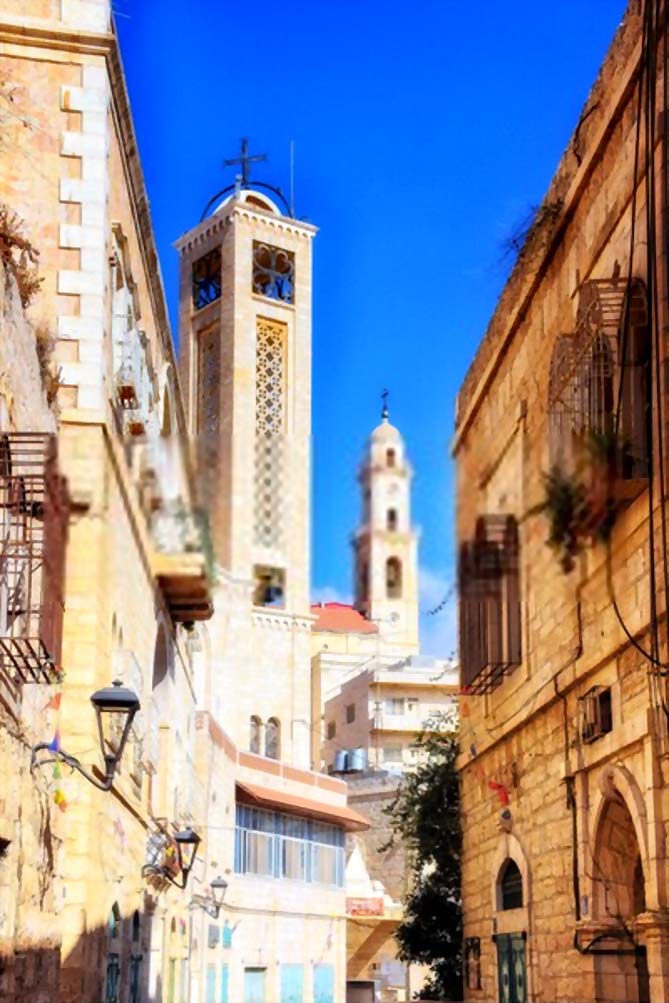 For many Christmas survives as a secular celebration despite it being a Christian holiday with pagan roots for practicing Christians. Who prefer their Christmas spirit to be of the holy variety. There’s arguably no greater holiday pilgrimage that one can make than to Bethlehem. It’s the city to which the Virgin Mary herself is said to have traveled on Christmas Eve. Where she then gave birth to Jesus Christ. Today Bethlehem continues to celebrate with gusto giving visitors the best of both world’s religious significance and ceremony. Plus all the time-honored holiday traditions like care and decorations. Manger Square is the heart of the celebration. It’s here that you’ll find a massive Christmas tree plus screens that Livestream the midnight mass.

Related:  10 Dangerous Wave Pools You Might Not Want to Visit 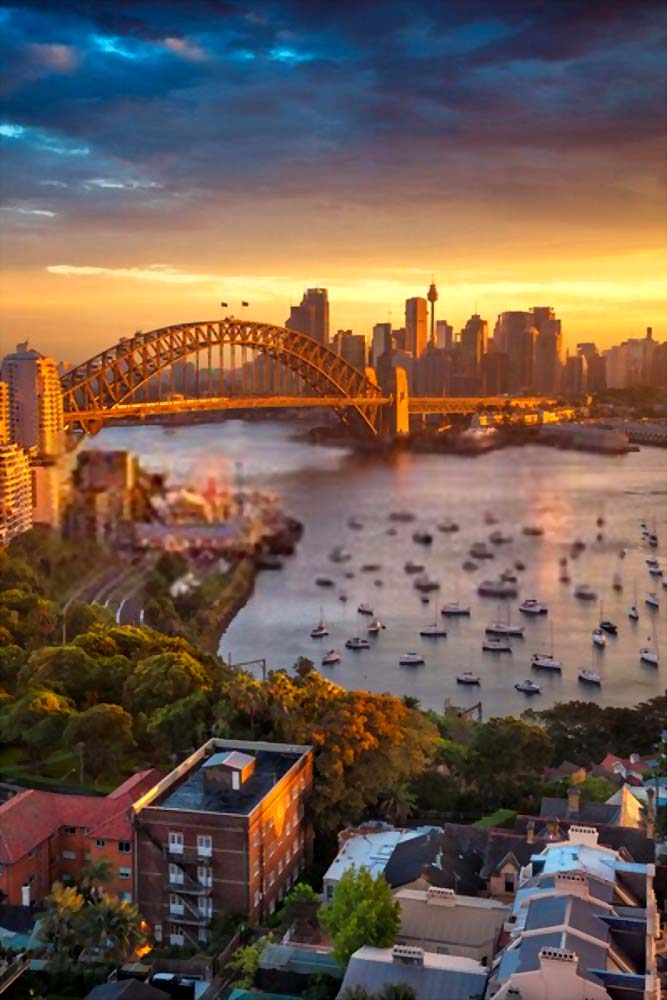 If you’re looking for something really different this holiday season how about a swim in the ocean complete with a festive Santa hat unless visiting family. Australia isn’t the first destination that most people think of the comma holiday season. But for many travelers and ex-pats who find themselves on the Australian continent. Or in Southeast Asia come Christmas Bondi Beach not a city. But basically a part of Sydney less than five miles away is a holiday home away from home. Each year thousands of locals and travelers gather in bathing suits and festive accessories. To gather around Christmas trees and take advantage of the Sun. The beach is a party much of Christmas Day but it’s a family-oriented space where alcohol is prohibited, barbecues and big gatherings are held in public spaces all around the Bondi Beach area. 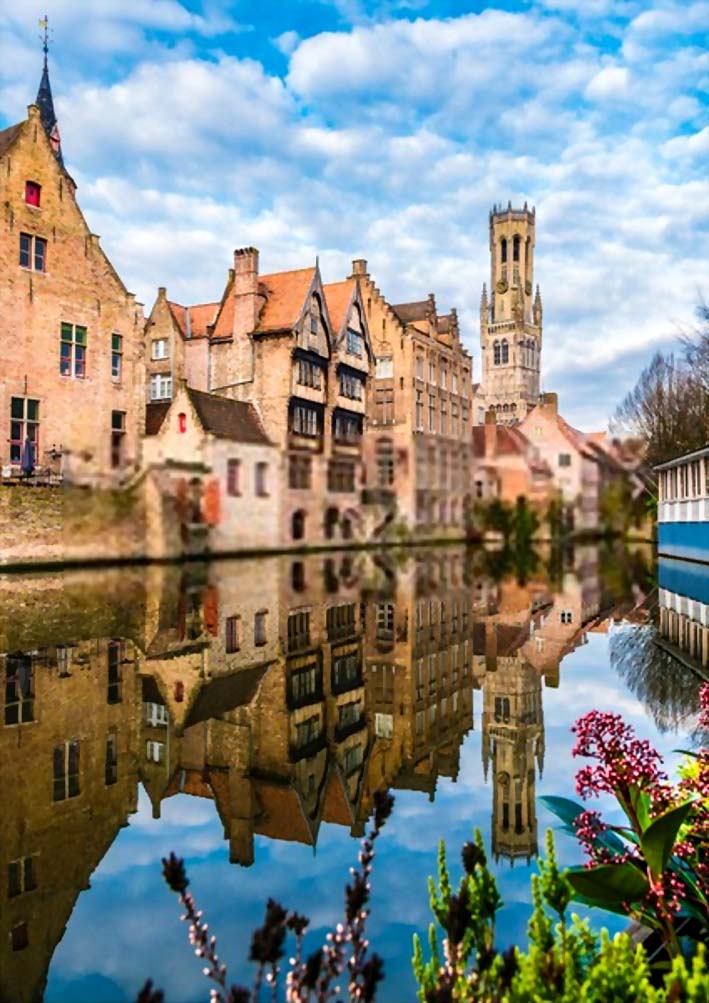 Fairytale is a word that comes up a lot when talking about various European destinations especially around Christmas time. But there are a few cities that live up to the term quite like the city of Bruges. Widely considered to be among the most well-preserved of Europe’s medieval cities. Bruges doesn’t need snow to enchant its visitors. It’s home to a number of Christmas markets the largest being picture-perfect Grote market square. Though you can find unique artisanal gifts of all kinds. While exploring the city be sure to check out the incredible handcrafted ornaments. You are in Belgium after all so chocolate should also rank quite high on your list of priorities. Enjoy some mulled wine and let the sound of Christmas music lure you into the countless quaint little shops.

Related:  7 Beautiful Places in Norway to Include on Your Bucket List 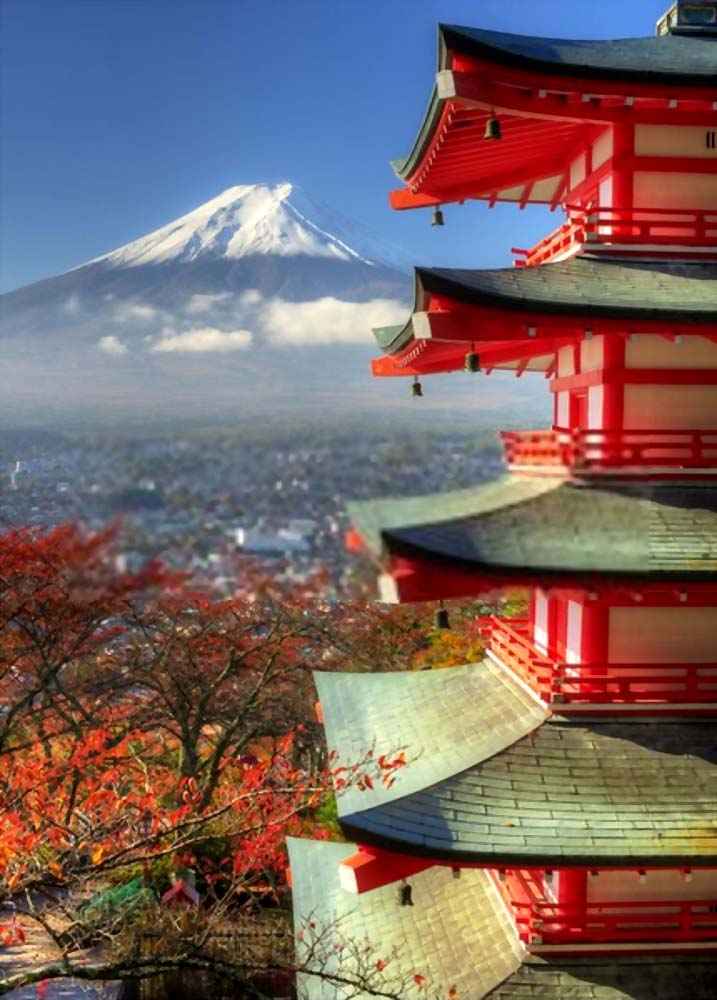 This non-traditional Christmas destination does the holiday season with class precision and no cut corners. The festivities are largely devoid of religious iconography or influence due to the fact that only 1% of Japan practices Christianity. But that doesn’t mean that they don’t love Christmas. The lighting and decorations you’ll encounter when exploring Tokyo during the holiday season are nyama present. And likely among the most beautiful you’ll ever see the city essentially transforms into one giant light show. But the must-see highlights are Tokyo Station Harajuku zomo 2, Sandow Street, the Roppongi district and Shibuya is Blu Kay. Just know that Christmas Day itself isn’t even the biggest deal New Year’s is epic. 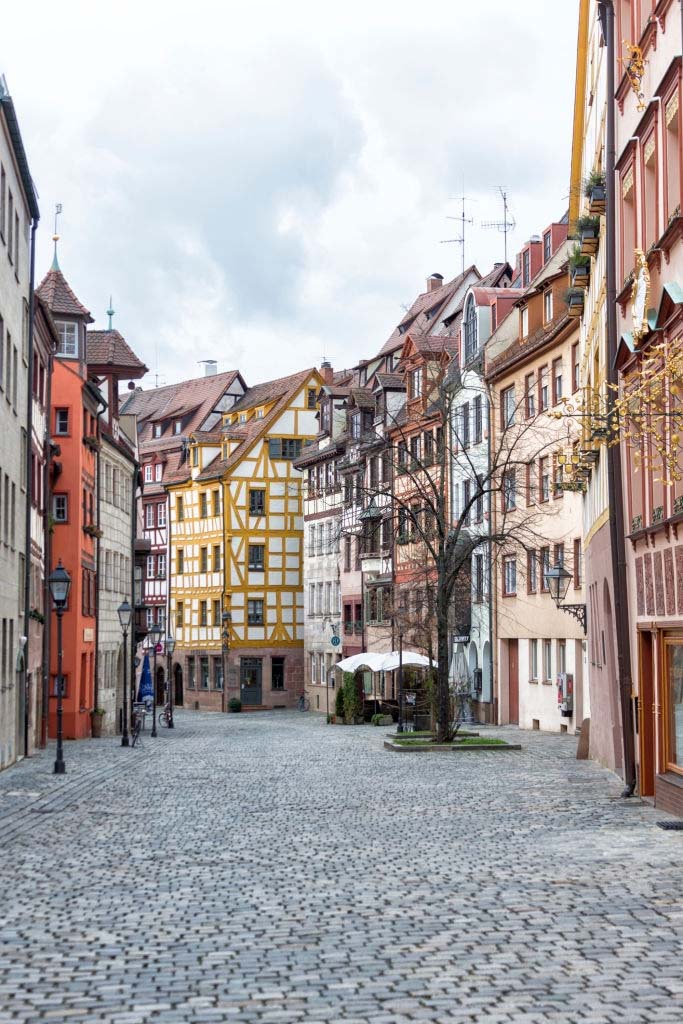 We’ve talked about many a Christmas market today but really is there any environment more potent in terms of Christmas spirit. Than these time-honored spaces, few are more
committed to authenticity than the Nuremberg Christmas market. Or Chris Kindle smart which welcomes over 2 million shoppers every year. The Stahl’s pride themselves on their uniquely festive designs. They’re only allowed a space if their wares are handmade during the holiday season. The Frauenkirche which translates to the Church of Our Lady and overlooks the market is absolutely stunning. And with various high-quality markets around this picturesque city. There’s enough Christmas spirit to keep you busy for the entire holiday season. 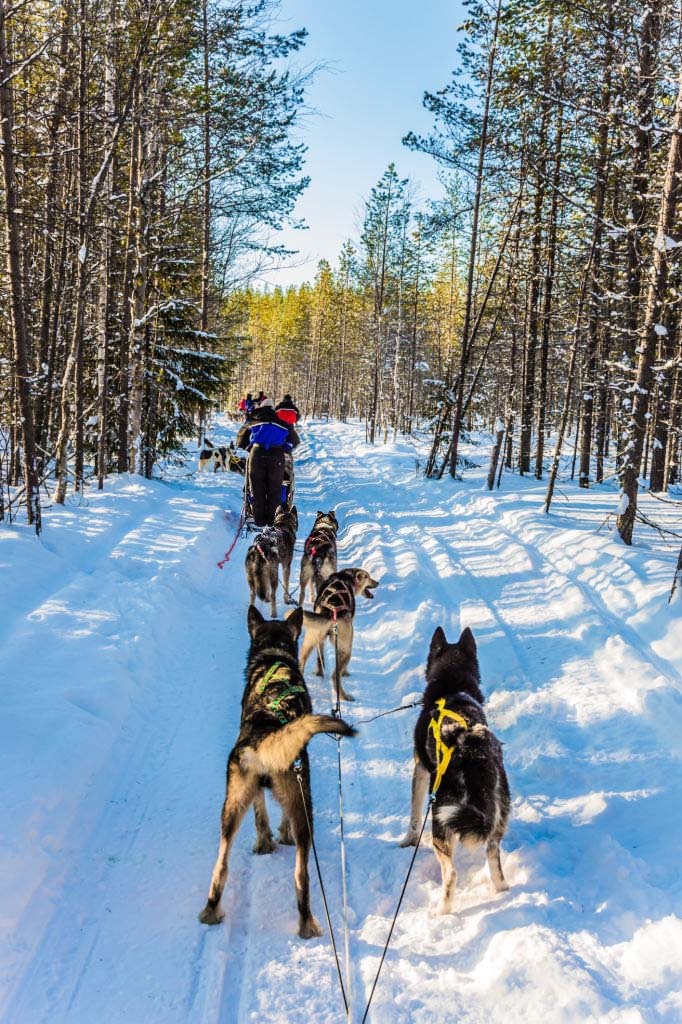 For anyone young at heart who has a passion for all things Christmas this town makes for an unforgettable trip. Regardless of age, Rovaniemi is known as the official hometown of Santa Claus. Which is no surprise as it’s located right on the Arctic Circle at the Santa Claus village. You’ll find elves, reindeer, shops, restaurants, Santa’s main post office and of course St. Nick. Then there’s Santa Park a separate attraction jam-packed with kid-friendly activities led by elves of course. If the Arctic Circle seems too inconvenient a place to get to Finland’s capital Helsinki is also known for its elaborate and joyful Christmas festivities.

Related:  25 Beautiful Places That Can Only Be Discovered on Foot 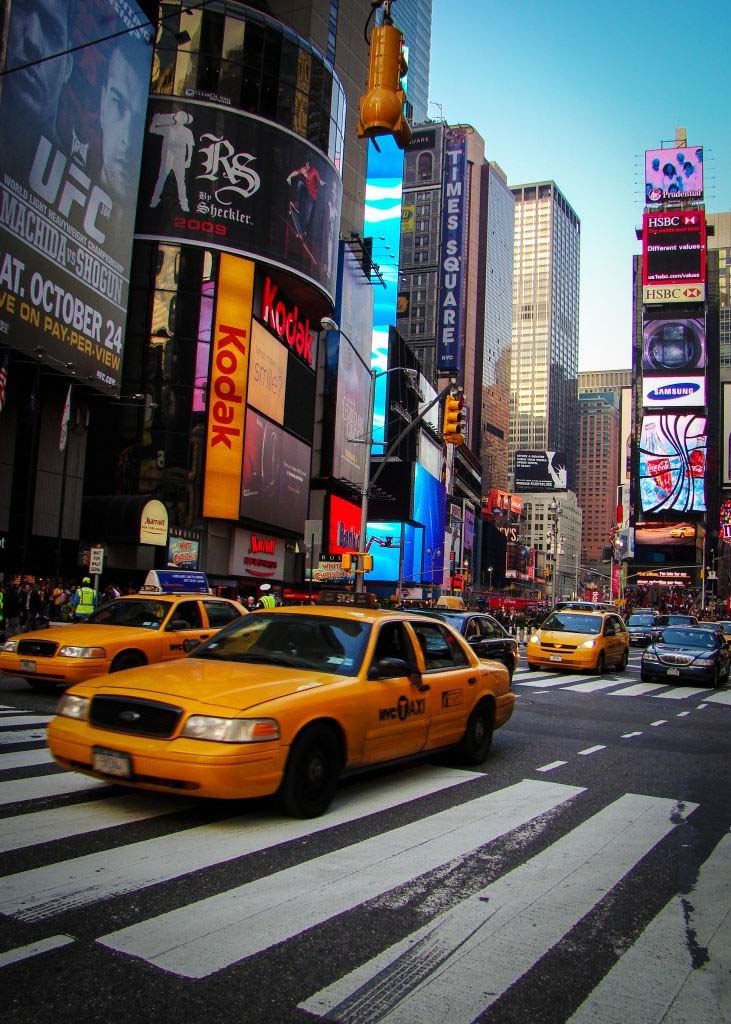 There are a few cities that have served as the setting of more memorable Christmas movies than the Big Apple. We’re not sure if it’s these classic silver screen stories that have imbued the iconic city with a surplus of Christmas spirit. Or if NYC has just always been this festive. But there’s no denying that for whatever reason New York undergoes a magical transformation each December. Ice skating at Rockefeller Center watching the Rockettes at Radio City exploring the winter wonderland. That is Central Park after a fresh snowfall shopping at the Columbus Circle holiday market. It’s an endless cornucopia and while the Macy’s parade at the end of November is technically in celebration of Thanksgiving. It ends with the arrival of Santa Claus to usher in the holiday season giving it a distinctive holy jolliness. 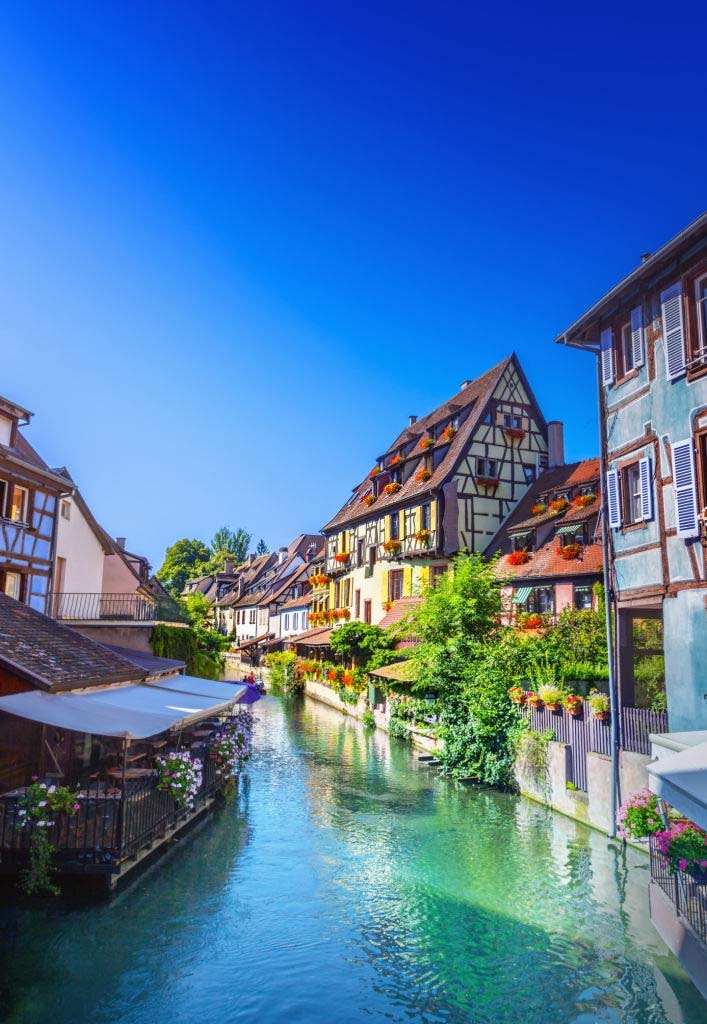 There are so many beautiful and welcoming places happy to receive travelers during the holiday season. But there’s no destination that shines brighter during Christmas than Strasbourg. It’s home to a plethora of festive markets including the oldest Christmas market in the country. Which dates back nearly 450 years from the markets and squares to the smallest fairytale streets. The entire city is illuminated by festive lights and consistently impressive decorations in the town square. A mighty Christmas tree stands tall the perfect centerpiece in an already stunning setting. Strasbourg is known as Capital de noël or the capital of Christmas and that’s a title and more than lives up to.

10 Best Destinations in Southeast Asia You Need to Visit

Plan Your First Post-pandemic Trip to New Zealand in 2021

After pandemic Travel: 2020 Is the Year to Visit Cairo

The 10 Natural Wonders of the World Destinations for 2021