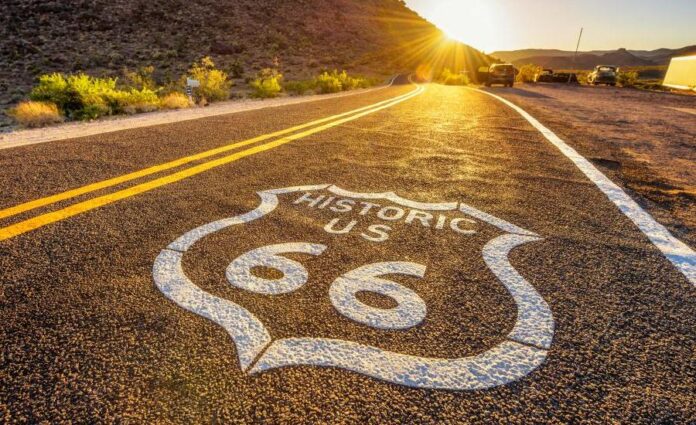 Since Coronavirus has been declared a pandemic, it has threatened the lives of many across the globe and has become one of the most difficult times faced by humanity in the entire history. This will lead to a depression in the traveling industry also as people will not prefer to travel with the crowd unless and until it is safe and hygienic. But even if it is safe and secured and all the precautionary measures are taken there is still going to be a fear in the minds of people. So the best way to travel once everything goes back to normal is Road trips.

Its time to hit the road again Today we’re counting down our picks for the 10 best post-pandemic road trip routes in the US 2021. We’re looking at some of the most beautiful and unique road trips within the United States in the name of variety we’ll be including anything from scenic drives that can be stretched to last a long weekend to an epic journey spanning thousands of miles.

The mighty Mississippi has long inspired a sense of wonder and adventure in not only Americans but around the world. Among other works, it’s central to Mark Twain’s iconic novel The Adventures of Huckleberry Finn though we don’t recommend setting out on a raft.

The Mississippi River can be appreciated in all its glory from the comfort of dry land by following the Great River Road though it does have some deviations. The Great River Road National Scenic Byway largely hugs the Mississippi carrying you through numerous states across roughly 3,000 miles of road, not only does this allow you to appreciate the Mississippi in all its glory but you also pass through breathtaking natural spaces with plenty of quaint Riverside towns to explore along the way.

Though it arguably makes for a pretty Drive year-round Blue Ridge Parkway is first and foremost an autumn road trip. This eastern scenic drive connects two national parks The Great Smoky Mountains in Cherokee, North Carolina, and Shenandoah in Virginia.

Now any road trip that begins and ends with separate national parks is already off to a great start. While the two parks are well worth exploring. The journey between them is absolutely stunning especially when the fall colors are in full force rather than driving you to feel as if you’re sailing through a rolling sea of vibrant red-orange and yellow.

Adding to its appeal this 469-miles drive is divided into distinct regions including ridge, plateau, and highlands each with its own unique features.

The Olympic Peninsula encapsulates dramatic cliffs, beaches, woodlands, and the Olympic National Park which is home to The Hoh Rainforest. For anyone who’s ever dreamed of seeing the awe-inspiring giant Eastern red cedar in person, this is a great place to do it.

Honestly driving the Olympic Peninsula loop is so immersive that you may struggle to believe that you’re still in America and not some far-off land, other highlights along the route include Madison Creek Falls, Ruby Beach, Cape Flattery, Merriman Falls, and Kurt Cobain Memorial Park.

There are few drives that will make you feel quite as small as this one, we mean that in the best possible way the road from Jackson Wyoming to Glacier Montana or vice versa is approximately 440 miles and can be accomplished in roughly seven and a half hours within the popularity of these two destinations many an over-eager road tripper has pushed through it in a single day to maximize their time in the parks.

So much natural beauty and scenic pit stop along the way you can very well stretch this out to cover a good couple of days or even a week the landscape is ever-changing. Waterfalls, Lush valleys, Towering mountain peaks, and Glaciers. The scenic vistas along this drive have got them all.

Don’t let the name scare you away from it those stretches of this highway are indeed quite desolate it actually makes for a rather surreal and contemplative drive it’s a trip in more senses than one. U.S. Route 50 actually runs across the country from east to west beginning in Maryland and ending in California. From start to finish it covers 12 states meaning that despite the name you’ll be passing through a wide variety of environments including a few state capitals, other highlights along with U.S. 50 include the Appalachian Mountains, Lake Tahoe, The Rocky Mountains, and Monongahela National Forest.

Related:  10 Beautiful Waterfalls in the World To Visit Once in Lifetime

The most remarkable part of this journey is without a doubt the roughly 400 miles of distance covered in Nevada where a pervasive sense of fascinating isolation abounds.

Seafood lovers this one’s for you, a road trip through New England can be tackled a number of ways but thankfully great bites of food are a guarantee no matter how you slice it you can hug the coast or do a loop starting in any one of the six states that make up the region as for highlights, there are too many to name. A trip to Cape Cod is a must Martha’s Vineyard, in particular, is a place everyone should experience at least once the same goes with Portland, Maine which is real foodie heaven.

In Massachusetts, Old Kings Highway will bring you to some of the oldest towns in American history among other landmarks and sites relating to the founding of the colonies. If you want to include some big-city thrills to this trip Boston never disappoints.

The appeal of this particular road trip is that it’s got a great sense of duality to it. If you begin and end in Las Vegas which is just about as concentrated a dose of excess and man-made fun you could ever ask for it’s a real exercise in sensory overload but undeniably entertaining in small doses, enjoy those luxuries while you can however because the Las vegas loop is otherwise made up of almost exclusively natural spaces where you’ll hopefully be doing nothing but hiking and camping.

Your trip will carry you from Nevada into the states of Utah and Arizona on the border of which lies Monument Valley the other key attractions along this route are the Grand Canyon and three national parks Arches, Bryce Canyon, and Zion they’re each spectacular in their own way so we highly recommend visiting them all.

Related:  Top 10 Attractions in India That No Longer Exist

The Road to Hana

When you think of classic American road trips Hawaii is just about the last state that comes to mind. For starters, you can’t get there by car but even once their many people are perfectly content to find a nice stretch of beach and just relax. More adventurous visitors to Hawaii, however, will tell you that renting a car will completely change your experience showing you a side of this natural paradise seen by only a fraction of visitors.

The road to Hana is located on the island of Maui and runs along with its less frequented East Coast, it can be done in a day but can equally be stretched out with a couple of nights in Hana. The road to Hana brings you through a rugged and dramatic landscape of red and black beaches, lush rainforest, and picturesque waterfalls complete with pools to swim in. Specific highlights include The Hana lava tub who will keep a lookout and the Seven Sacred Pools.

This stunning road trip begins in San Francisco and ends in San Diego or Los Angeles. Like all the After mention trips it can equally be done in the reverse order, either way, this dramatic coastal drive also is known simply as Highway 1 is guaranteed to fill you with a sense of wonder. Breathe in the fresh air of Big Surf, and towards the famous Bixby bridge, and then grab a burger fish taco or craft beer in towns like Monterey or Carmel-by-the-sea. 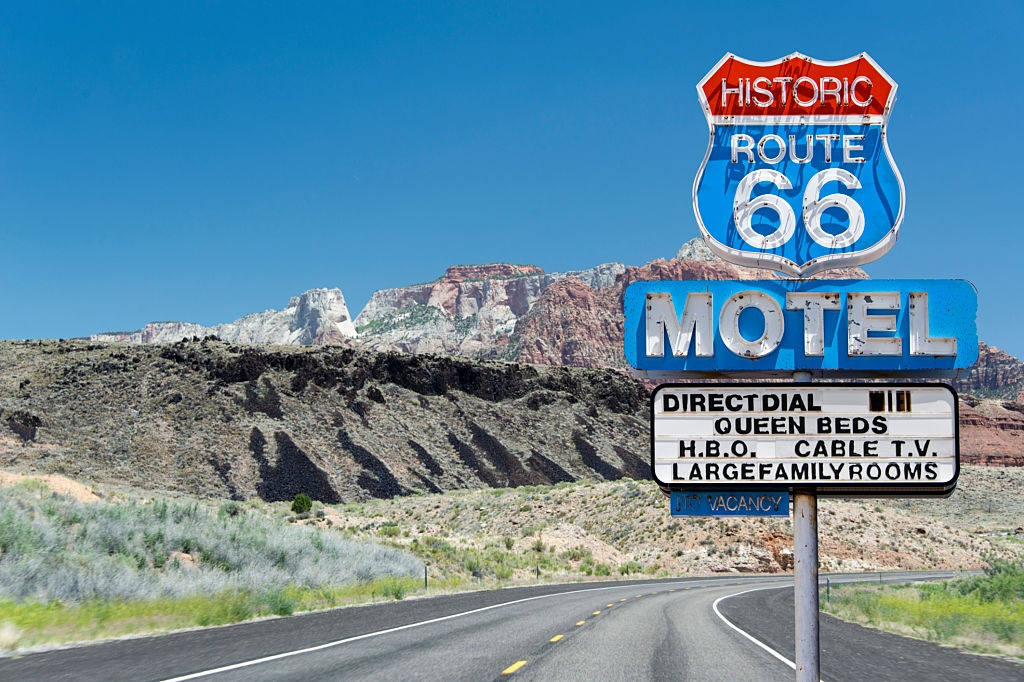 When it comes to road trips in America doesn’t get much more iconic than Route 66. This time-honored trail begins in Chicago and crosses the country diagonally to end in Los Angeles.

One of the Main Street of America or the Mother Road, Route 66 is an original highway in the U.S. Highway System. This legendary old road passes through the heart of the United States on a diagonal trip that takes in some of the country’s most archetypal roadside scenes. The 2,500-mile journey is still dotted with all manner of quirky roadside attractions, hotels, and diners all of which hearken back to its heyday in the mid 20th century.