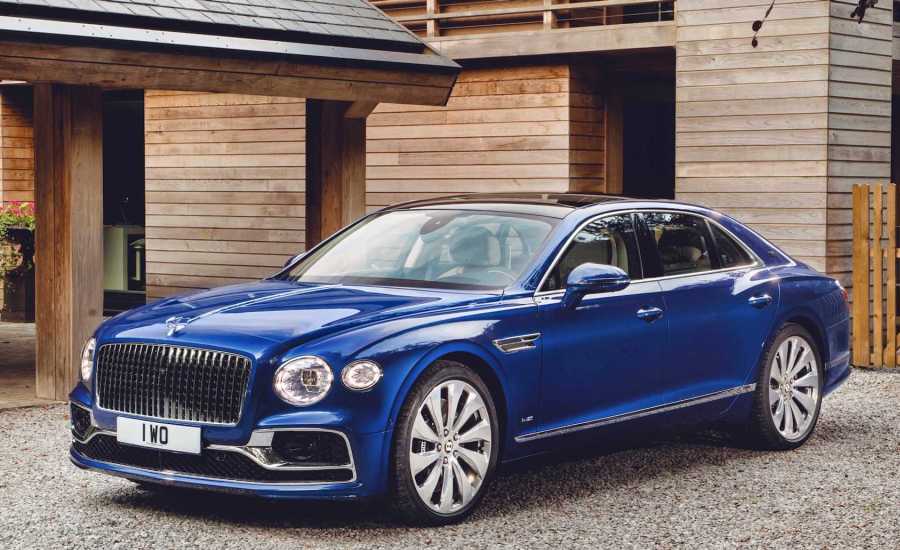 This is the all-new Bentley Flying Spur. The more sensible and roomy to the Continental GT. Here the top 10 things you need to know about 2020 Bentley continental flying spur luxury sedan. 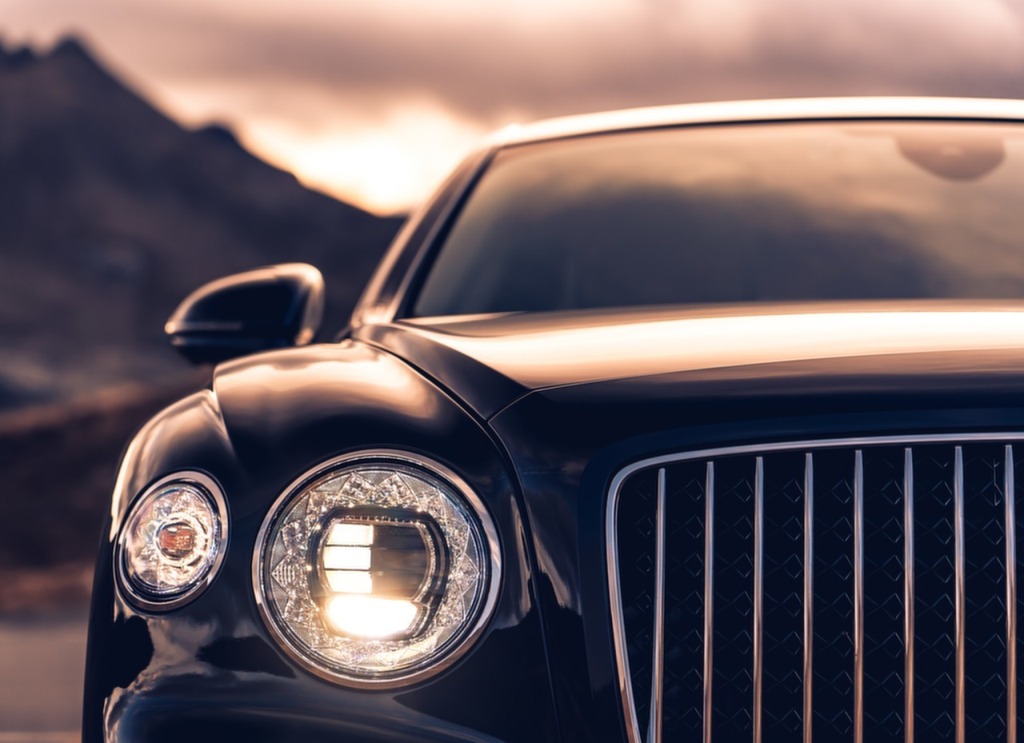 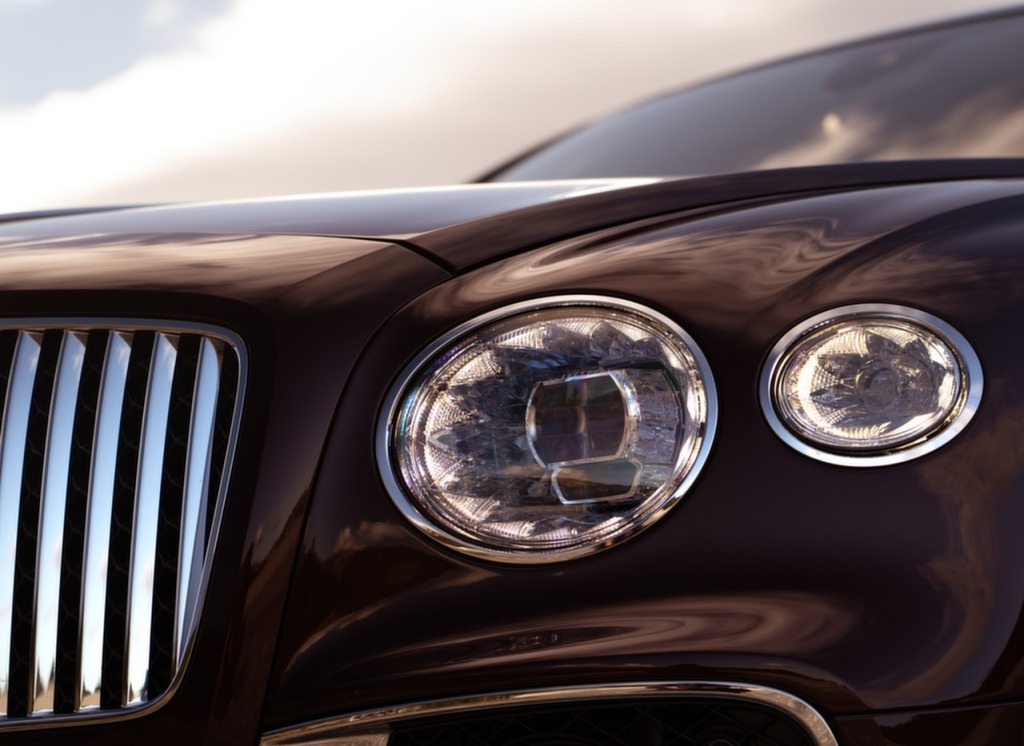 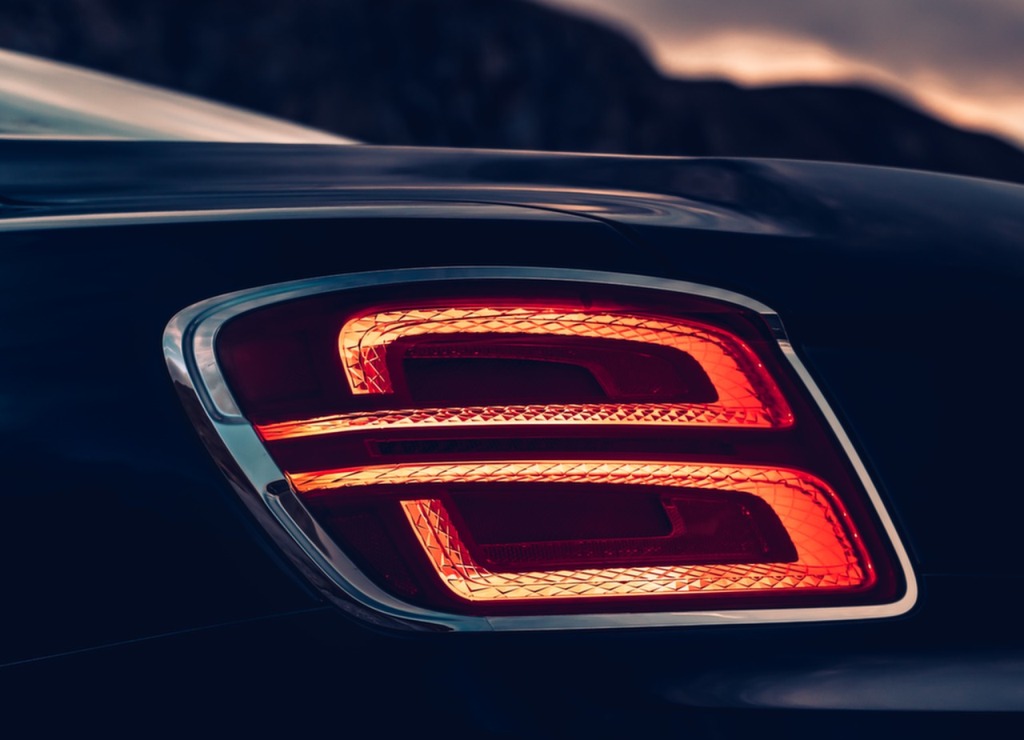 This Bentley Flying Spur really is all-new. It has crystal star matrix LED headlights and a vertical run grille complete with bonnet ornament around the sides. You get more pronounced creases than on the old Flying Spur. These make it looks more muscular while the alloy wheels are up to 22 inches in diameter. At the back, you’ll see exhaust pipes that appear to be modeled on a cruise liner funnels along with b4 Bently tail lights. 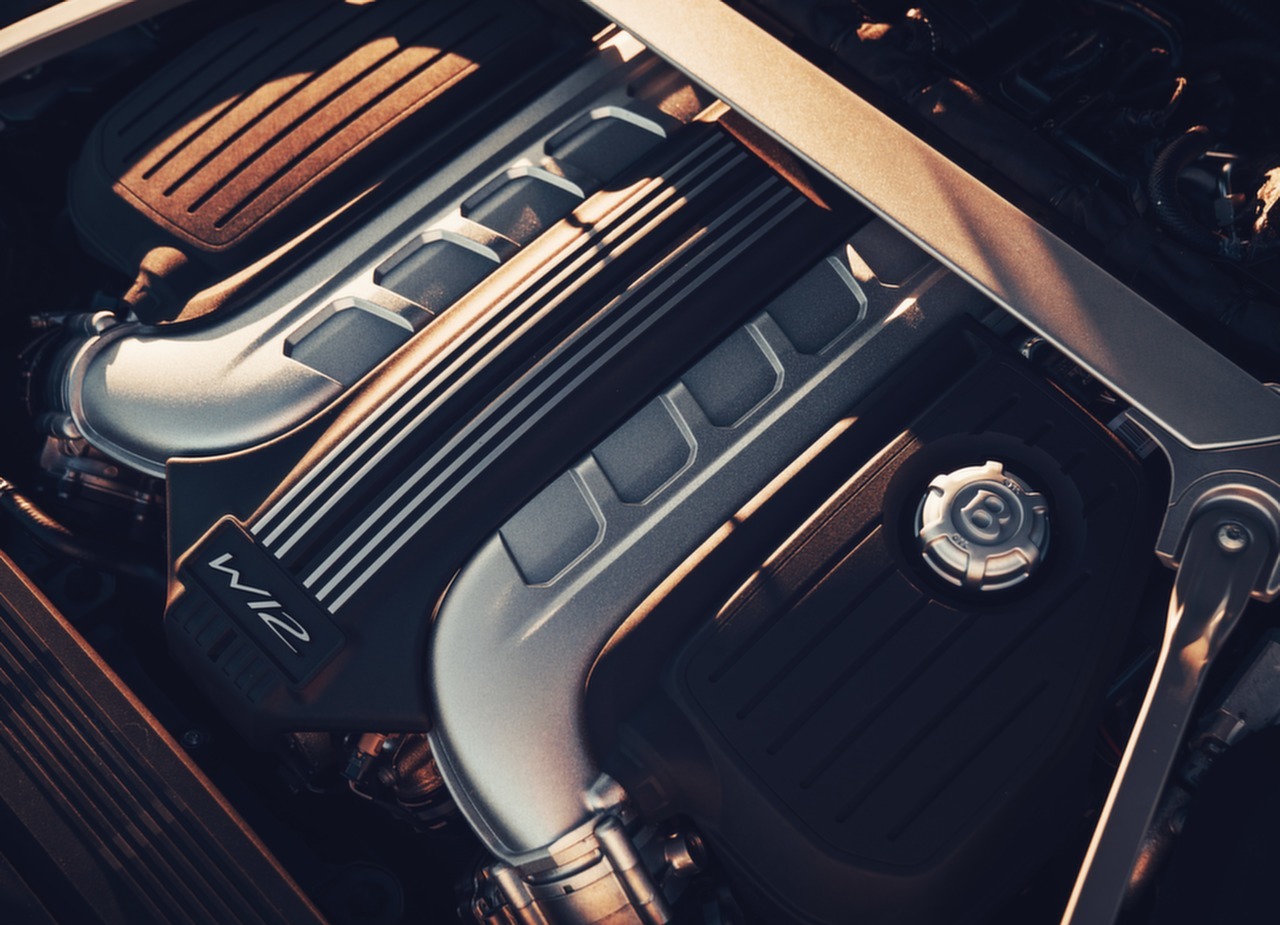 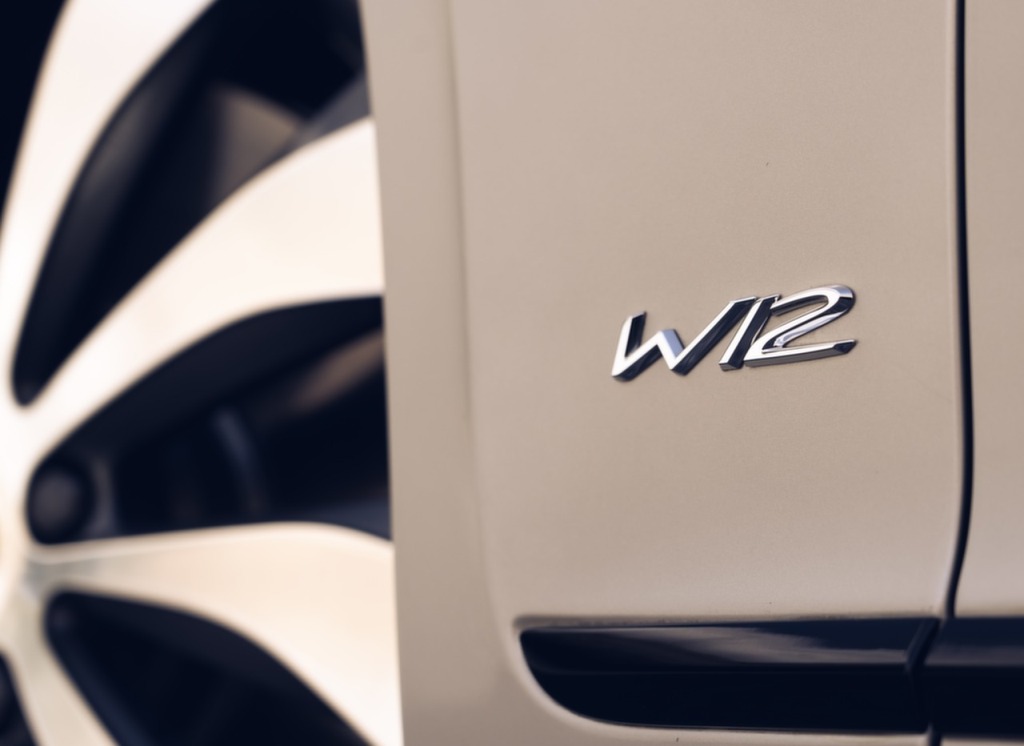 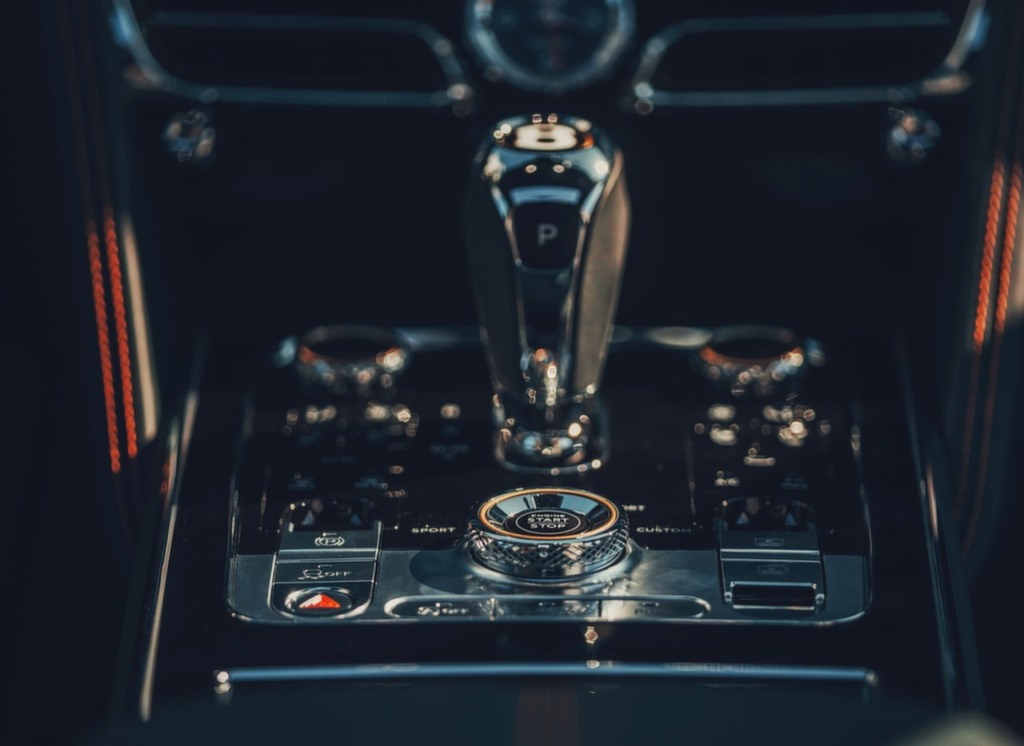 You’ll find an equally large engine the same 6-liter w12 that’s fitted to the Continental GT. Here it produces 635 horsepower and a walloping 900 Newton meters of torque. This is enough to get the Flying Spur from naught to 60 in just 3.7 seconds top speed. That’s 207 miles an hour not too bad for a car that weighs two and a half tons. The Bentley hits its top speed in sixth gear leaving its 8-speed automatic gearboxes. Remaining two ratios to help save fuel during fast cruising. You’ll be unlikely to get much better than 20 miles per gallon not that anyone will care. 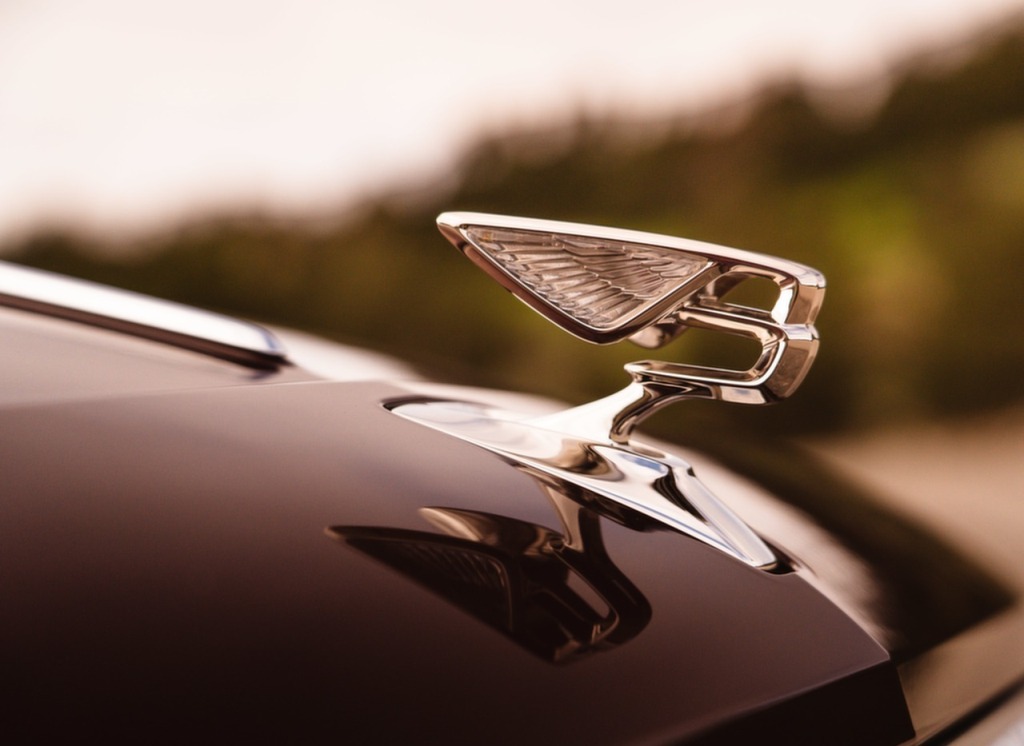 Ironically the Bentley Flying Spur brings with it the first appearance of a flying ‘bee mascot that can disappear. It retracts at the touch of a button when you lock the car and glides back into position when you open it again. It’s basically a copy of the system on the Rolls Royces. The mascot has been given a fresh design to mark the fact this is Bentley’s centenary year. It’s even illuminated so people can tell you’re rich enough to afford a Bentley even when it’s dark. 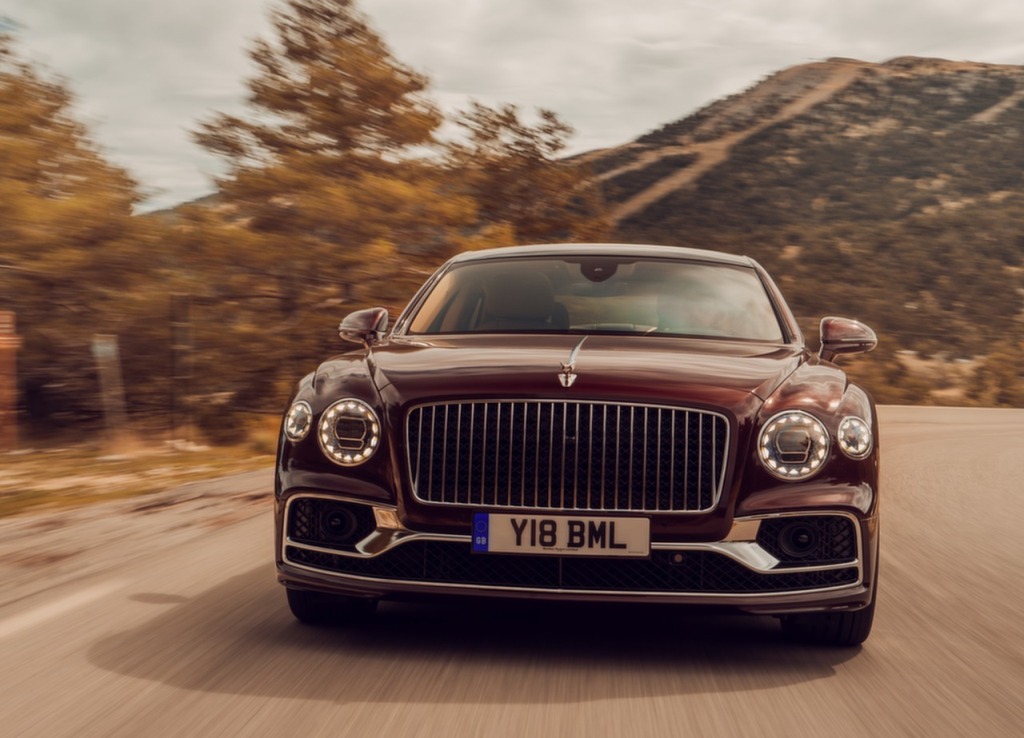 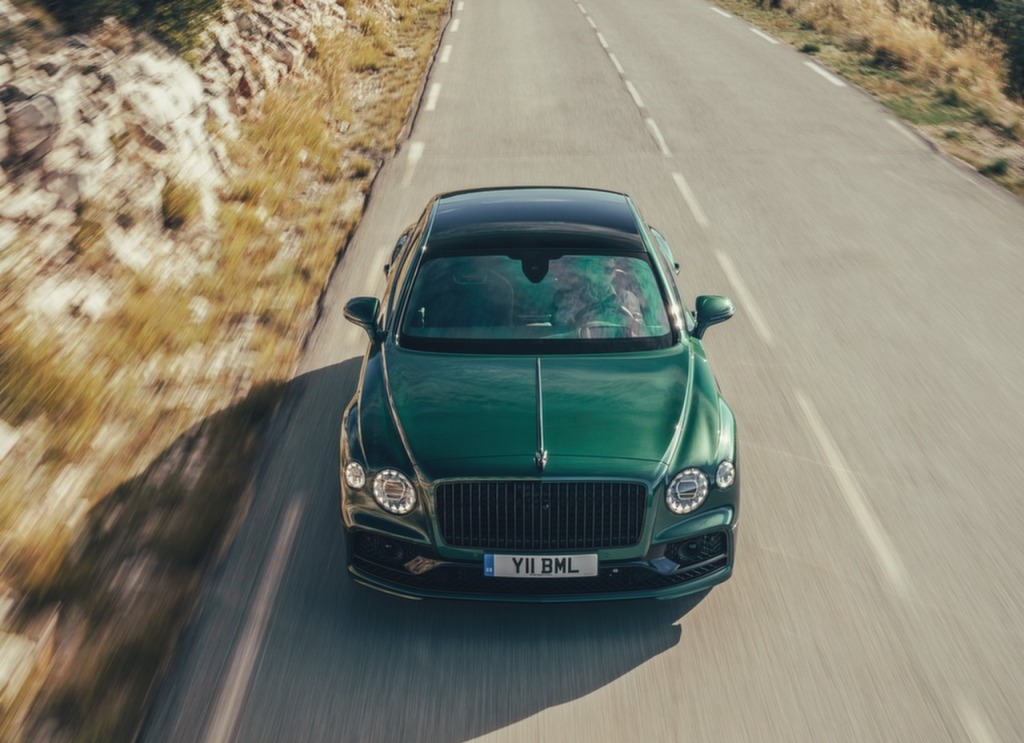 Bentley says the body of the flying spur is stiffer than other luxurious saloons well so long as you don’t class. The even stiffer Porsche Panamera as a luxury saloon. Actually, the two cars share quite a few parts and they are both from the VW Group stable. The Bentley also borrows the Porsches four-wheel steering to help make it easier to maneuver in tight car parks. While also more stable at high speed. One thing that hasn’t been nicked from Porsche and the brakes. The discs at the front of 420 millimeters in size which make them the biggest fitted to any production car. 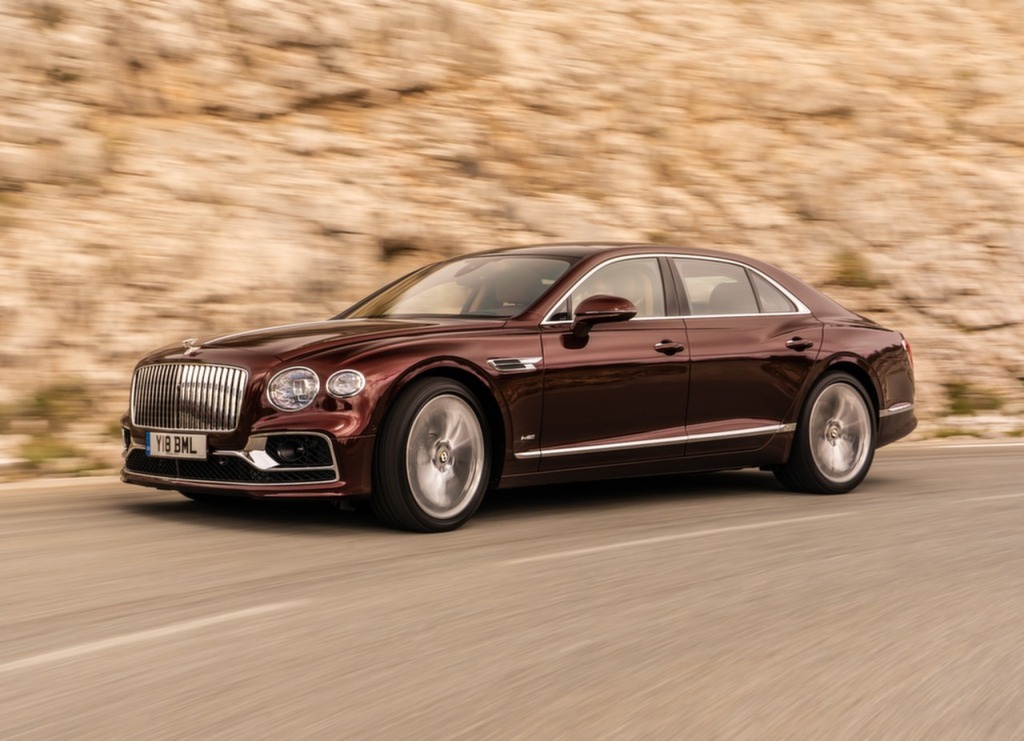 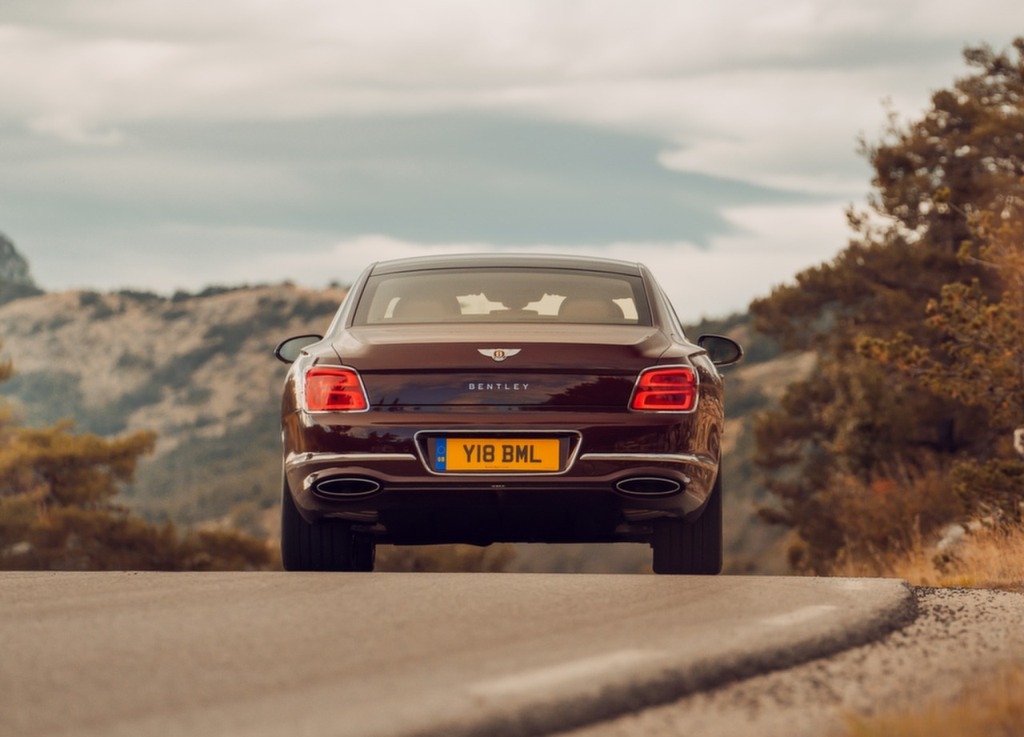 The new Bentley Flying Spur will go on sale early next year starting from 165 thousand pounds. That’s 10 grand less than you’ll pay for a Mercedes Maybach S Class. Although in fairness to get your Bentley specified to the same level as the Merc. You’ll be looking at a price tag closer to two hundred thousand pounds. 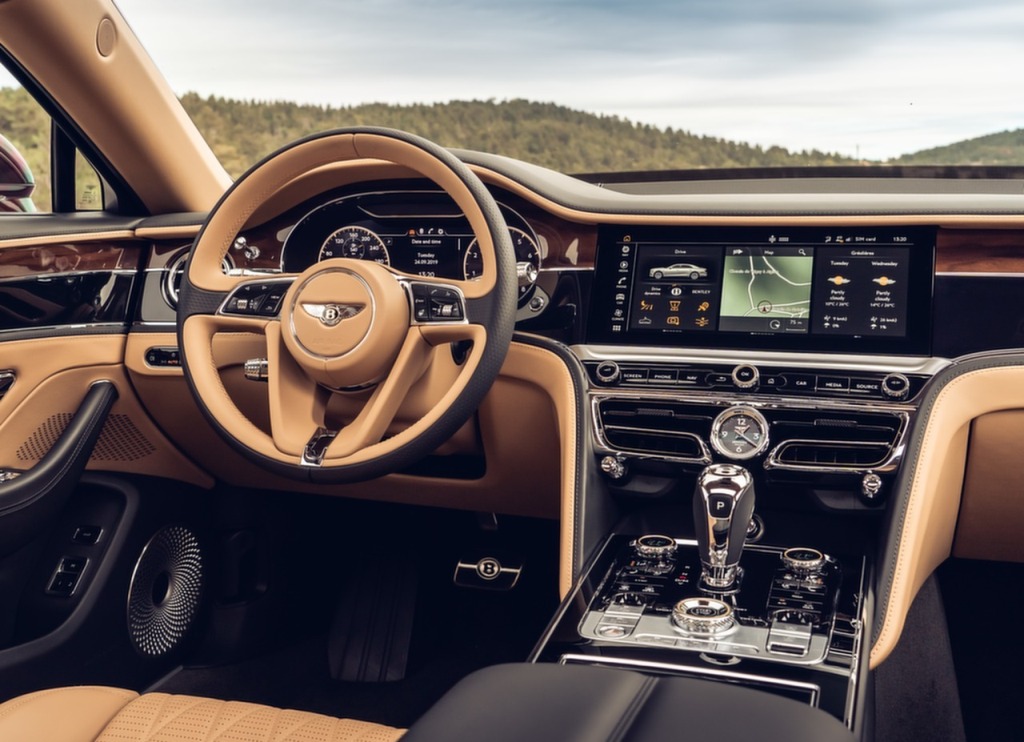 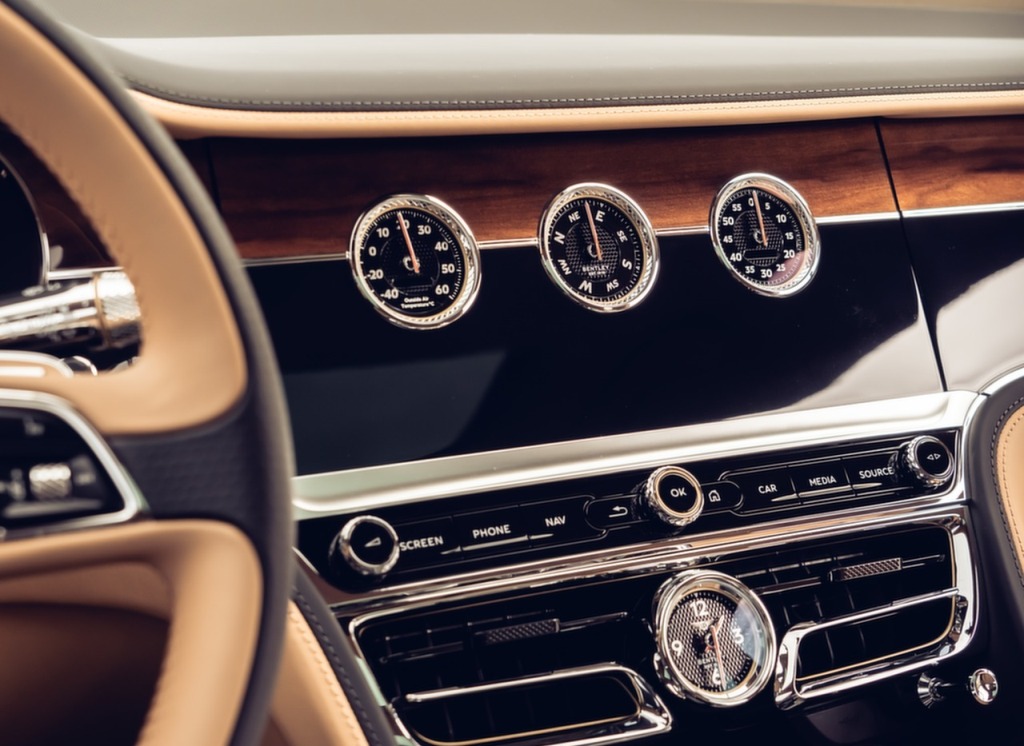 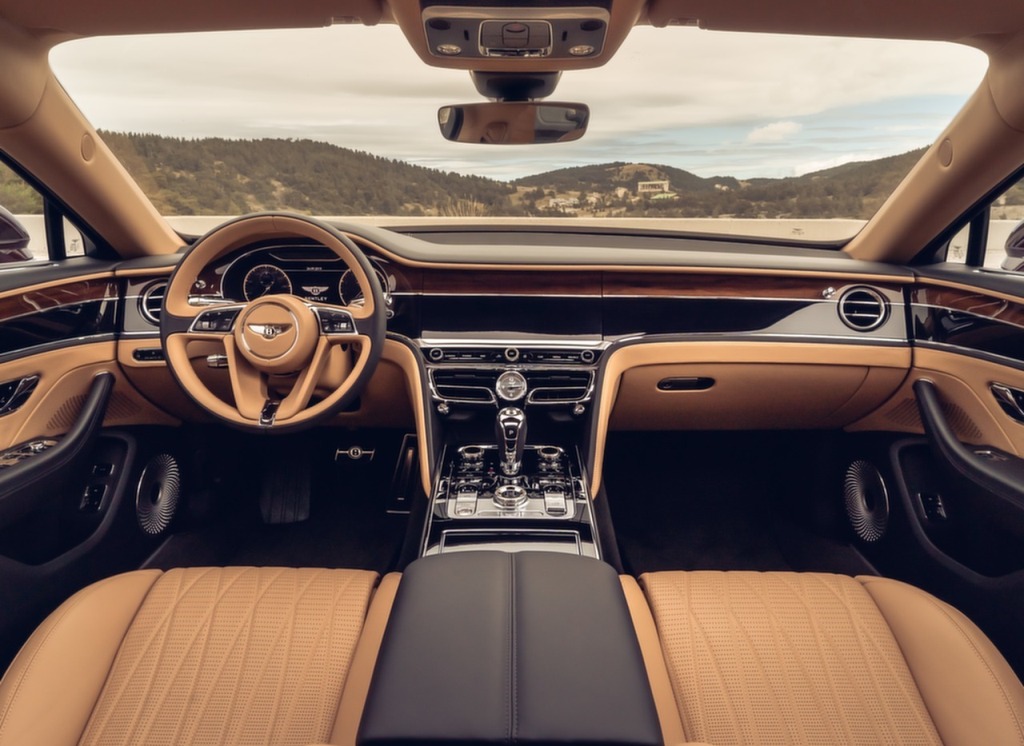 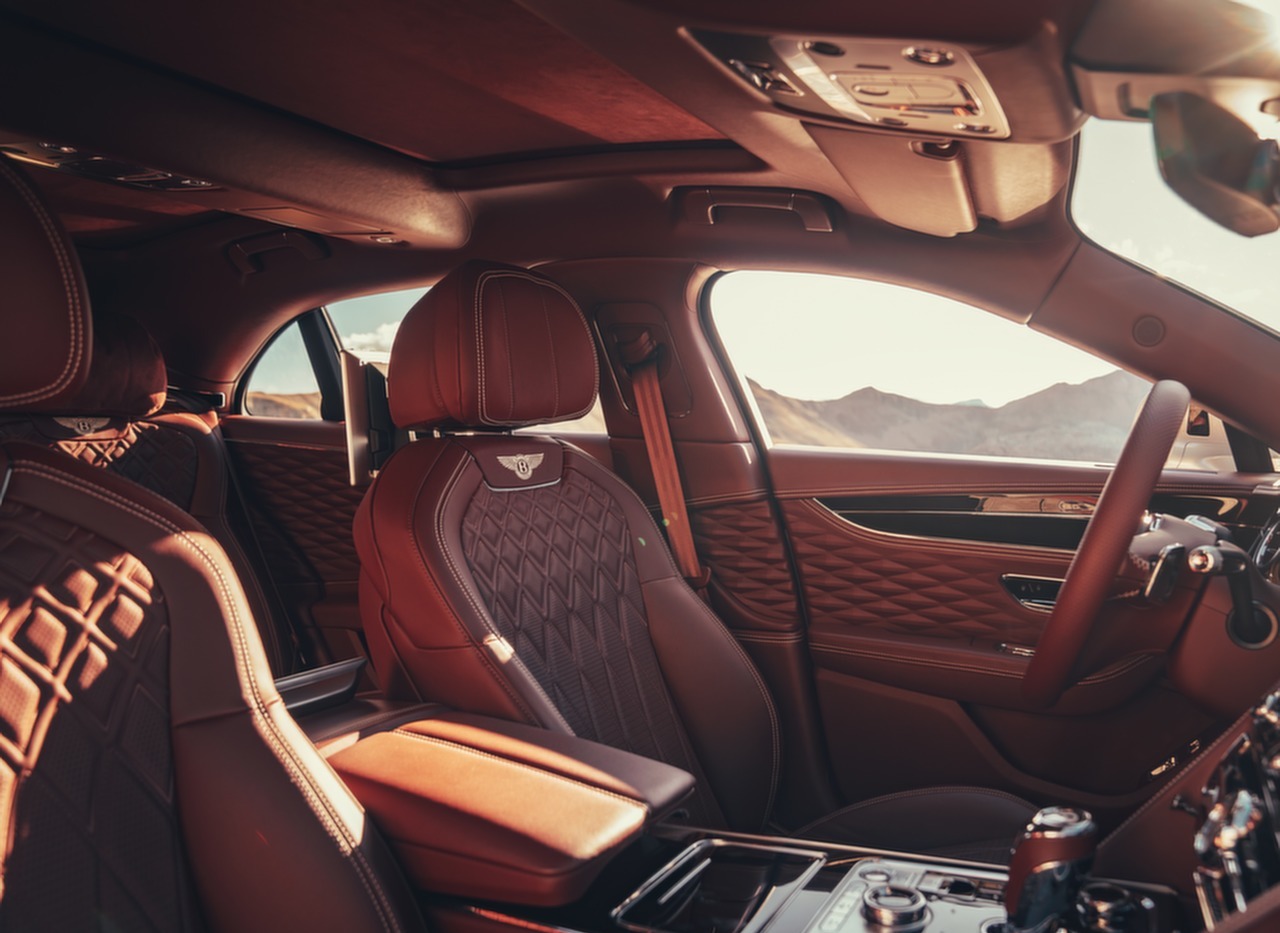 The new Flying Spur will make your chauffeur’s job even easier because it’s now available with a list of autonomous driving days. Which means the car can effectively drive itself in traffic and on the motorway. You’ll still have to keep your hands on the steering wheel for it to work for well legal reasons. They’re taking includes night vision a heads-up display and an auto park facility. Plus an Eagle Eye camera which gives you a 360-degree view of the road surrounding the car. 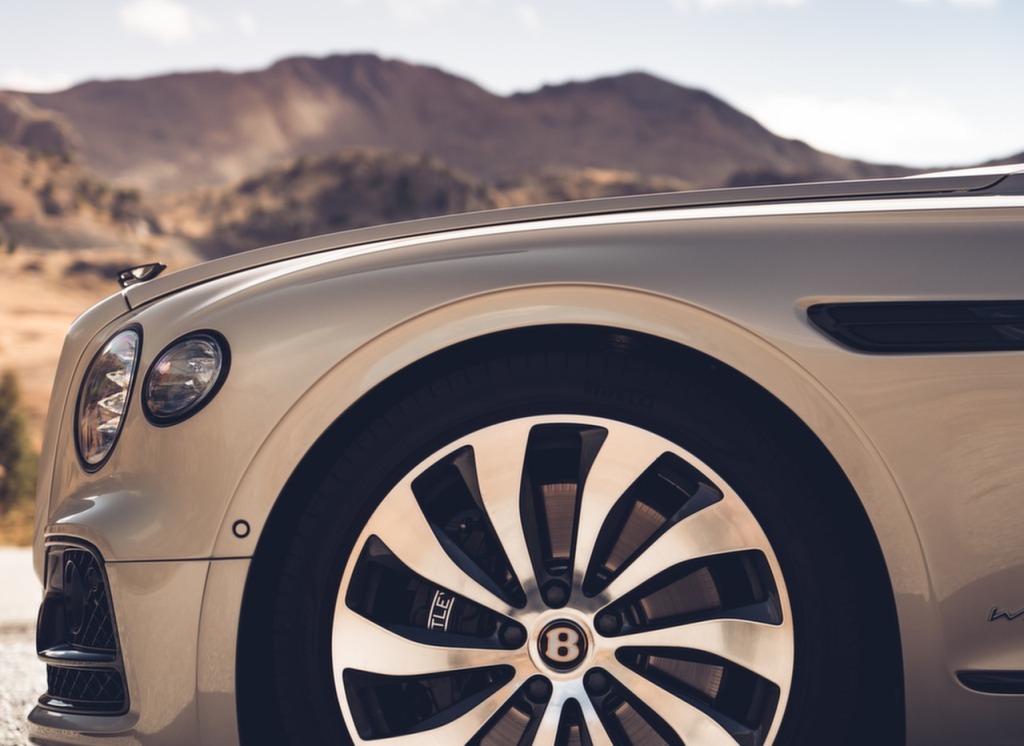 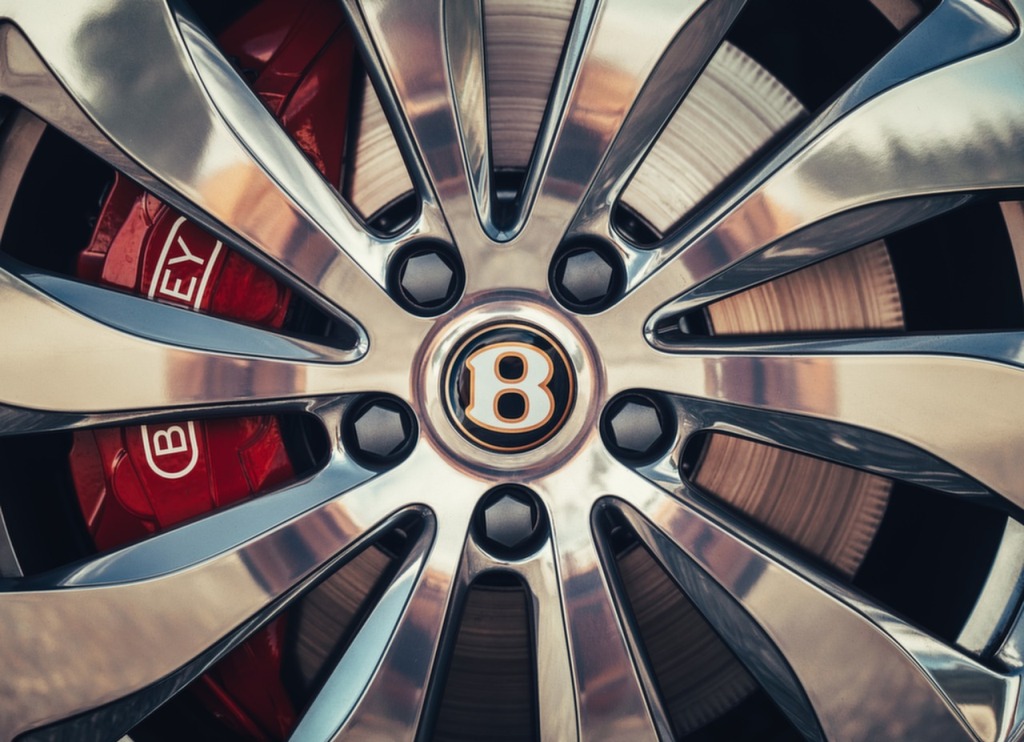 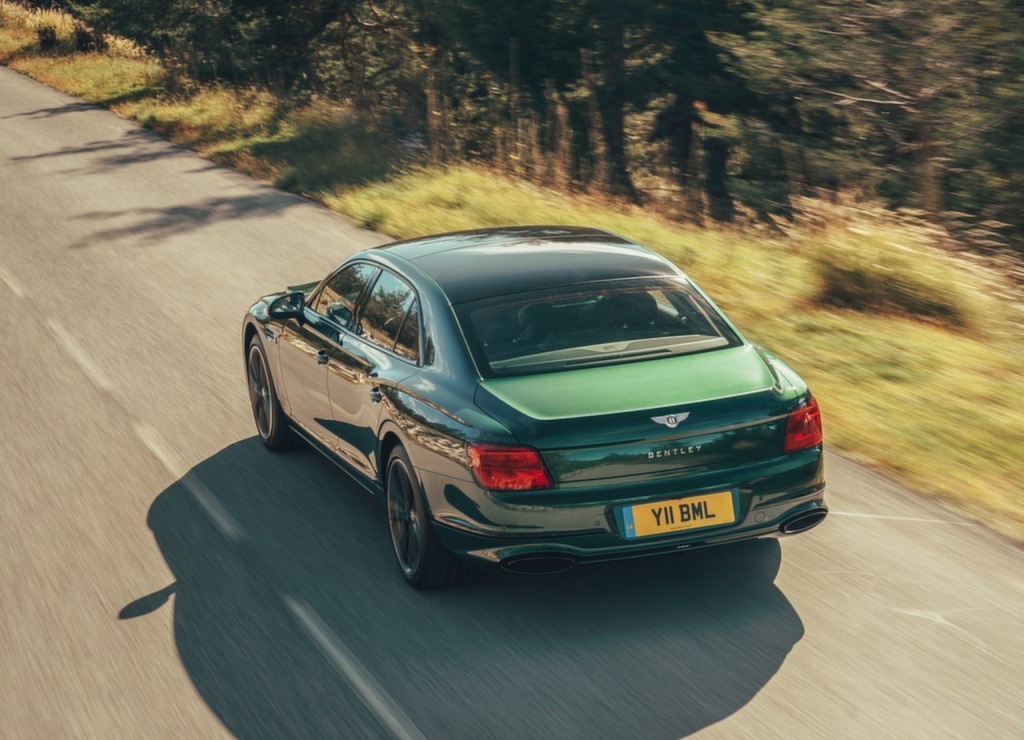 This latest flight spur is fitted with a new three-chamber air suspension system that has 60% more air volume than the old car setup. This gives it a greater range between the comfort and sports driving settings thanks to its new 48-volt power supply. The Flying Spur can also be a board with active anti-roll bars. This props the car up in the corners to stop it leaning like the big land barge it actually is.

Related:  Top 10 Things You Need to Know About 2020 Renault Clio 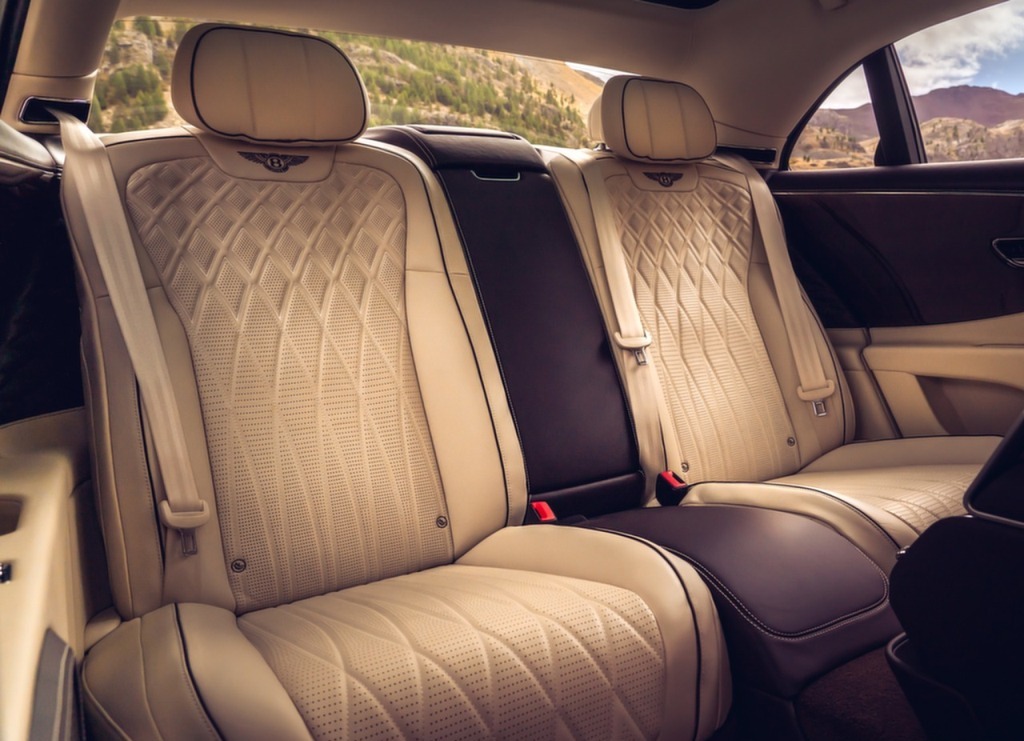 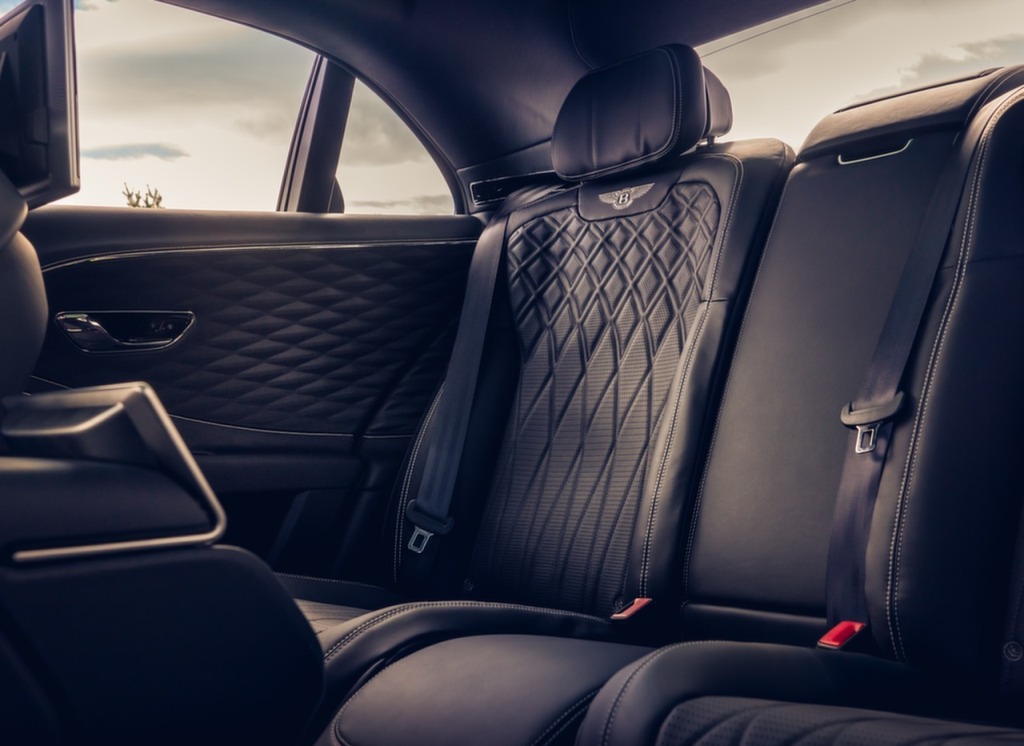 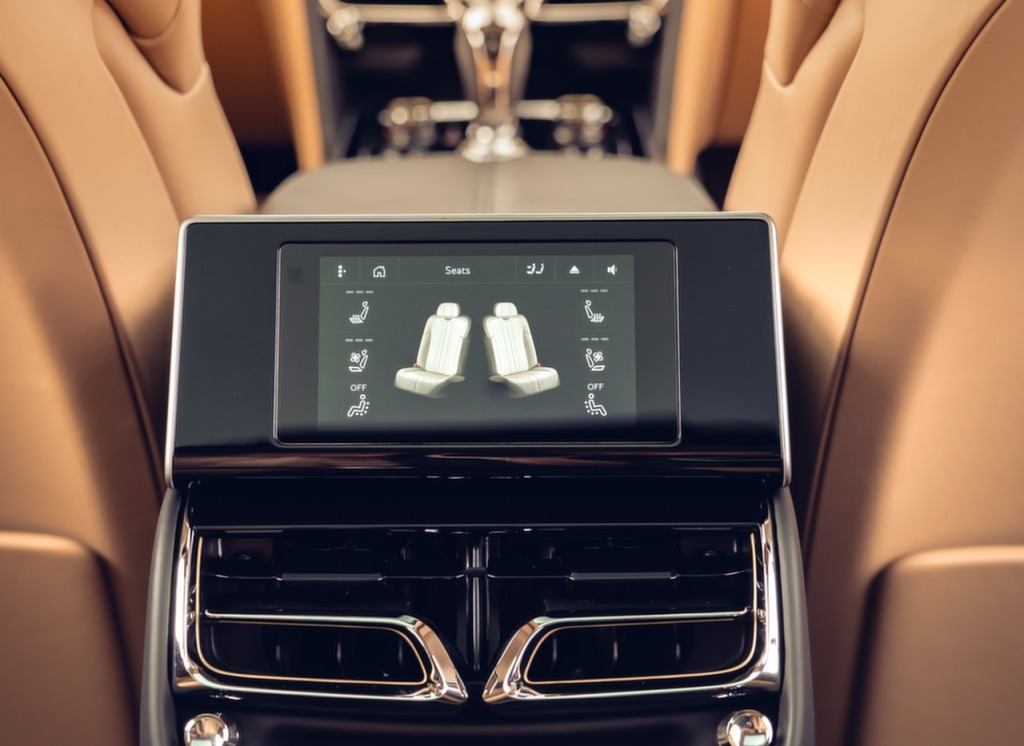 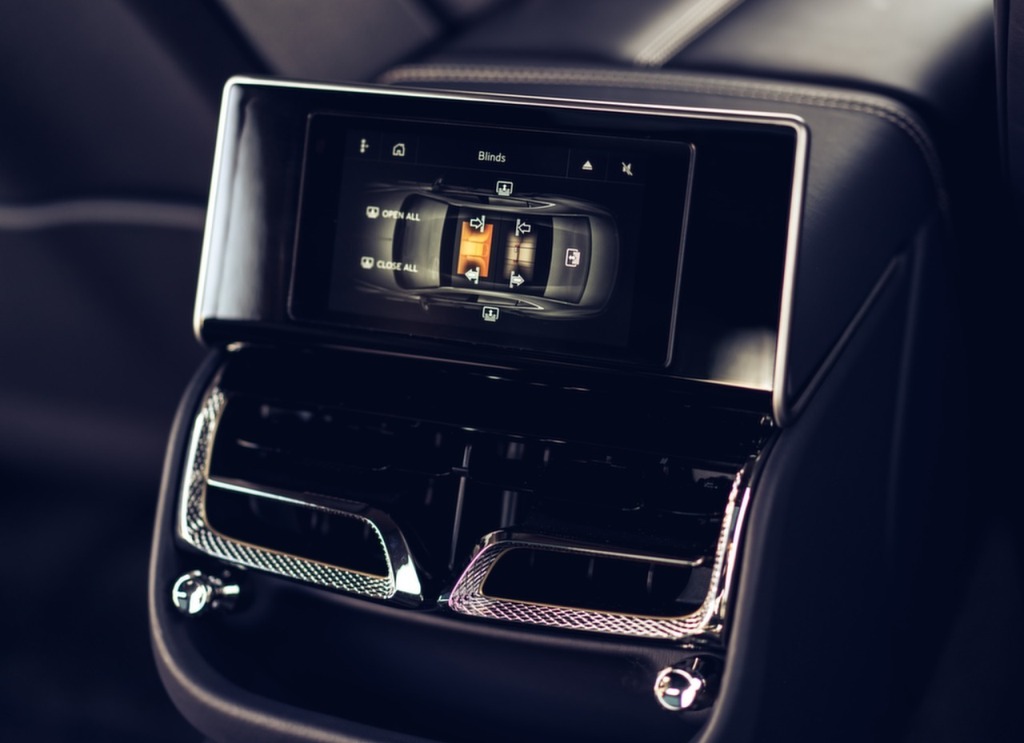 If you think that space is the best luxury you can buy then you’ll love the new Flying Spur compared to the old model. Its wheelbase has increased by 130 millimeters to 3195 millimeters which means significantly more rear legroom. Although you’d hardly call the old car crammed traditional luxury is also covered as offline. Spurs get an interior that’s decked head-to-toe in wood veneers turn metal switchgear and enough cowhide to annoy the animal rights activists. 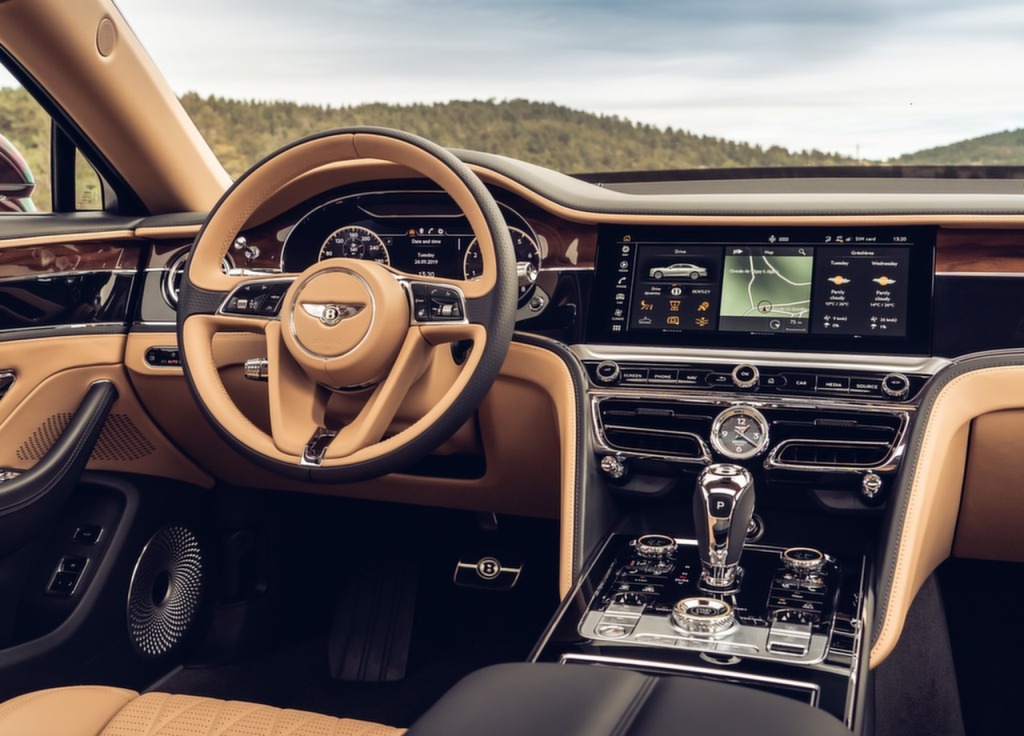 One of the flight’s Birds coolest features has been pinched straight from the Continental GT. Its optional revolving central infotainment screen. This 12-inch touchscreen is bursty with colors and can be used to control most of the car systems. It can completely disappear at the touch of a button to give the interior a more traditional look. It has three sides so you can choose from the screen. Three dials showing outside temperature a compass and a chronometer or a slab of wood veneer for an oldie worldly feel. 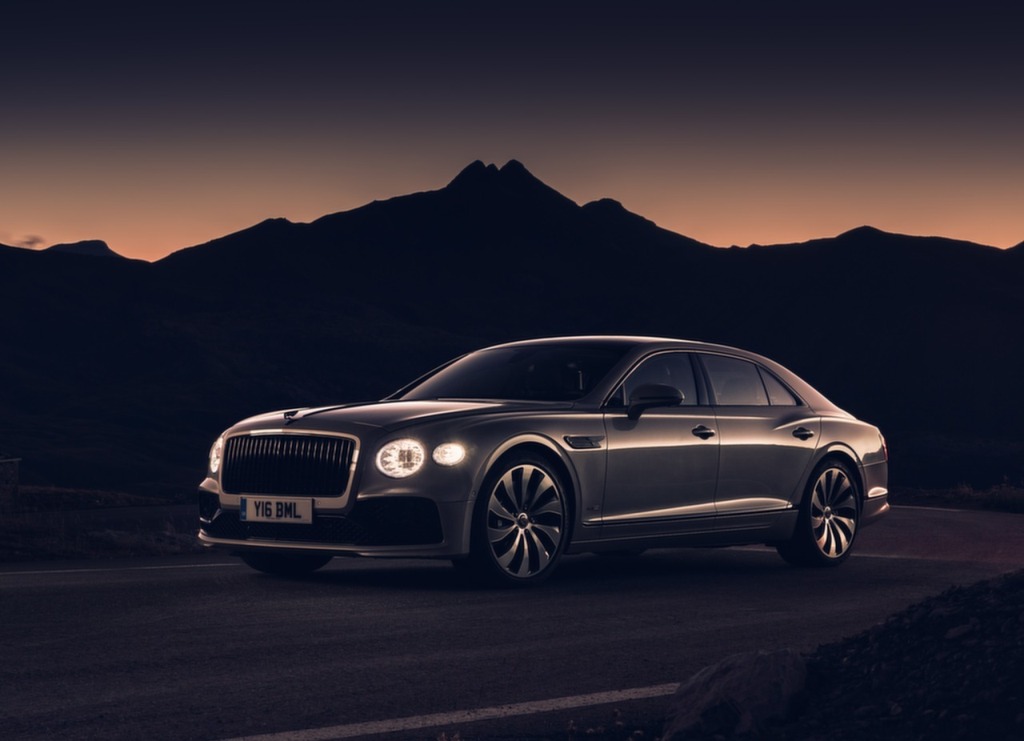 Customers with money to burn can use Bentley’s Mulliner service to personalize their flying spurs. This allows you to choose pretty much any painkiller. You can think of customizing the car’s interior. Which could be to replace all the leather with vegan-friendly fabrics and materials. Choose from a near-limitless selection of wood and metal trims and even customize the body of the car. Then there is a sound system if the standard 10 speakers 650-watt output setup isn’t good enough. There’s a 1500 watt Bang & Olufsen system with 16 speakers still not gonna do the job. Don’t worry you can even upgrade that to a 19 speaker two thousand two hundred watt name setup. That also includes a pair of active bass transducers that can rattle your bones by pumping noise directly through the Bentley seats.