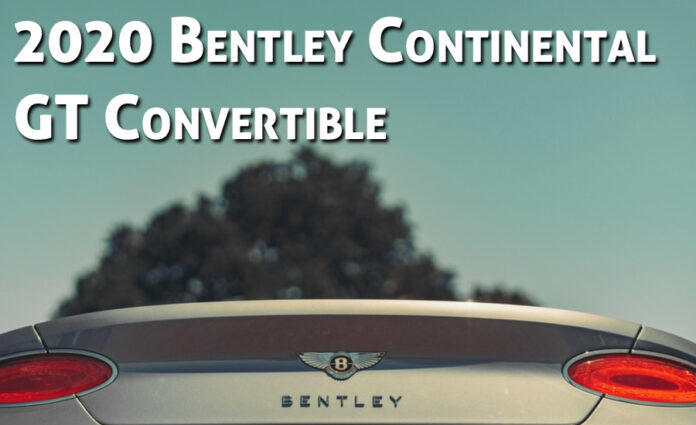 This is the Bentley Continental GT Convertible the third generation of one of the poshest drop-tops on sale. Here the things you need to know about it. 2020 Bentley continental gt convertible. 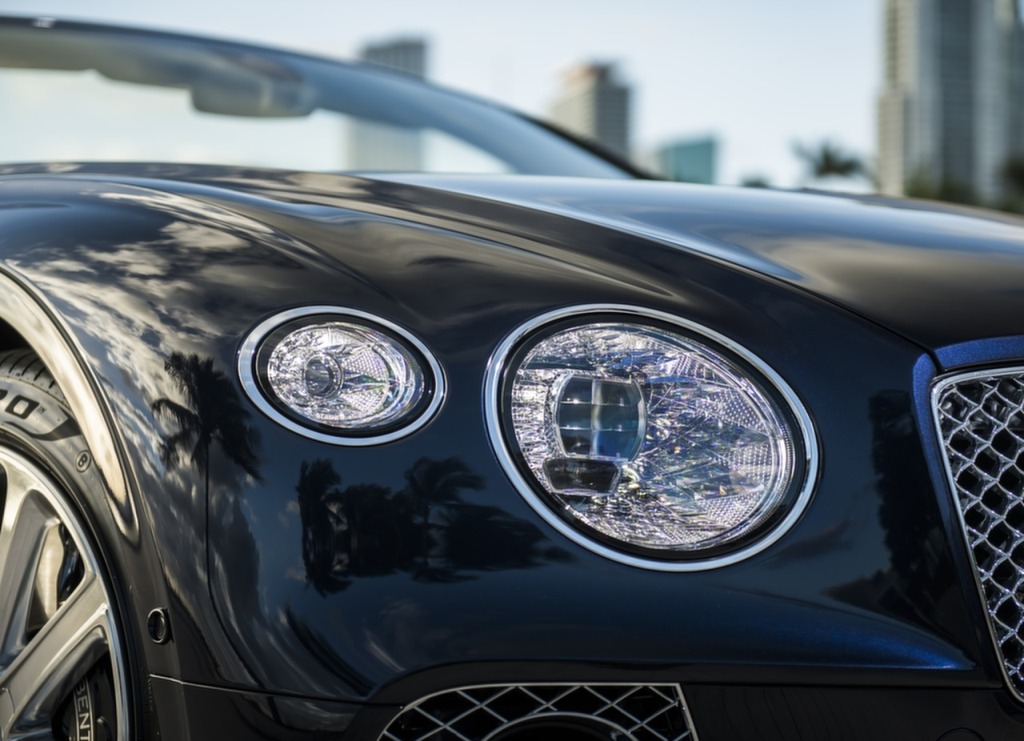 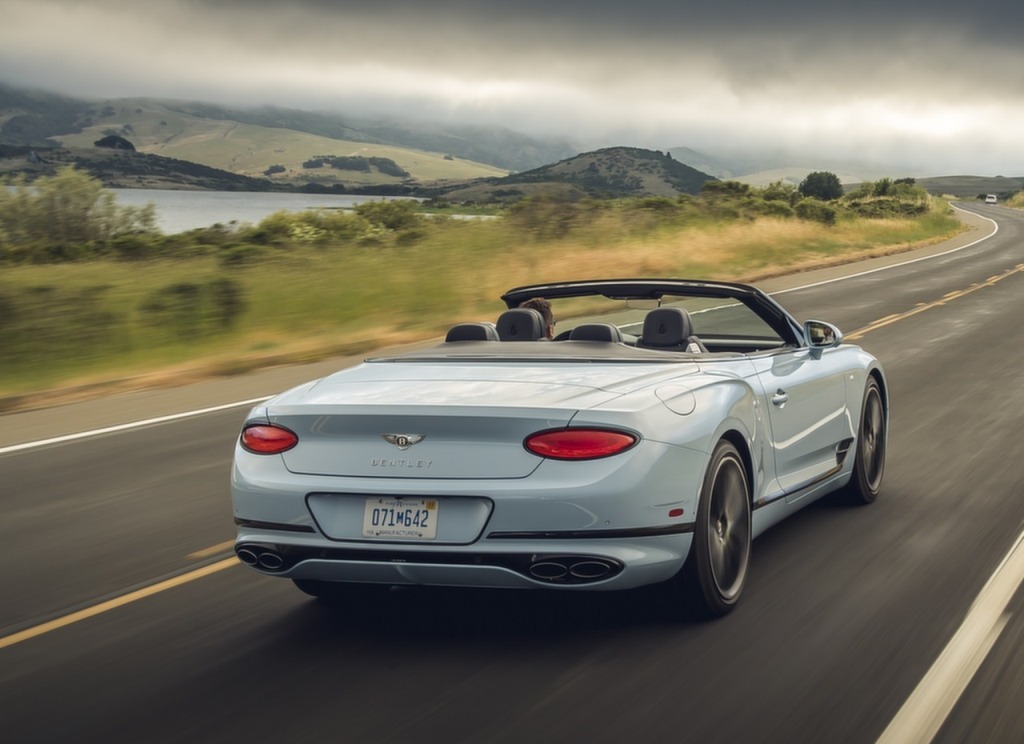 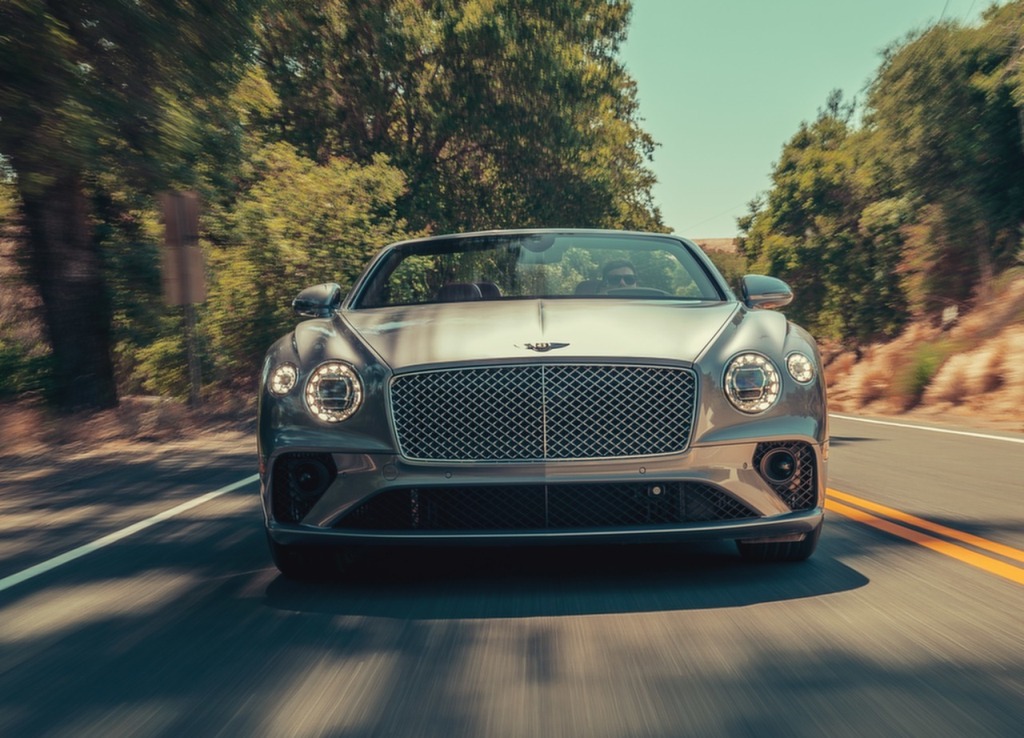 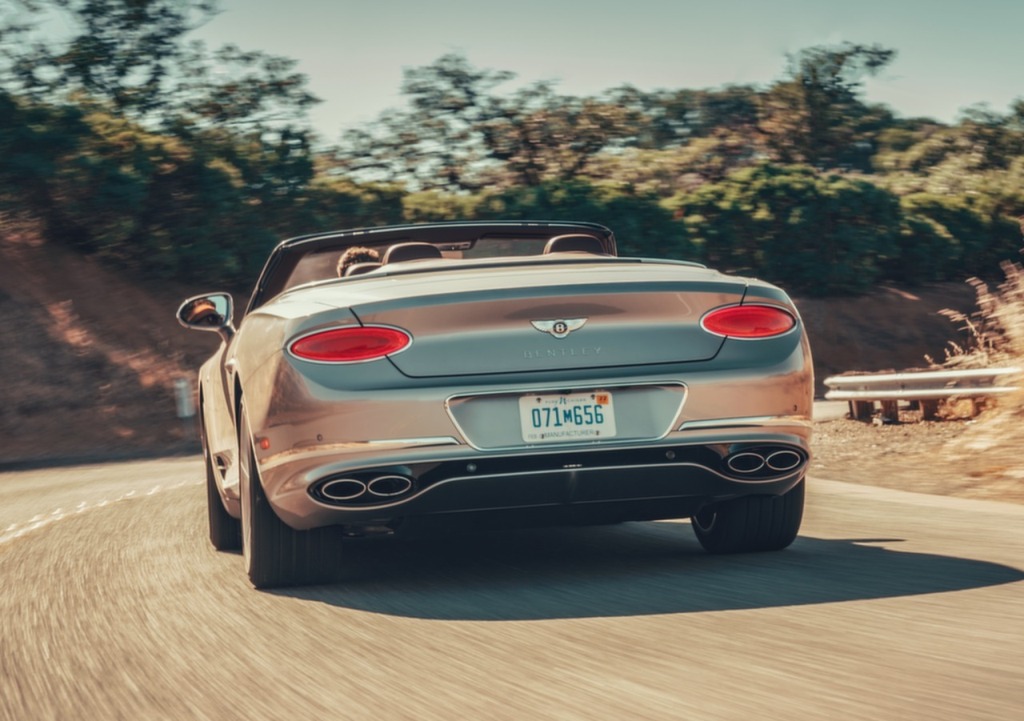 Making the Bentley Continental GT more desirable isn’t easy but chopping. The roof after turning it into a super posh convertible is a good way to start in terms of styling. Not much else has changed compared to the coupe. But it didn’t really have to because it’s already one of the most imposing cars on the road. The convertible gets the same jewel-like headlights and massive grill. While the muscular haunches over the huge back wheels. Give it loads of presence. 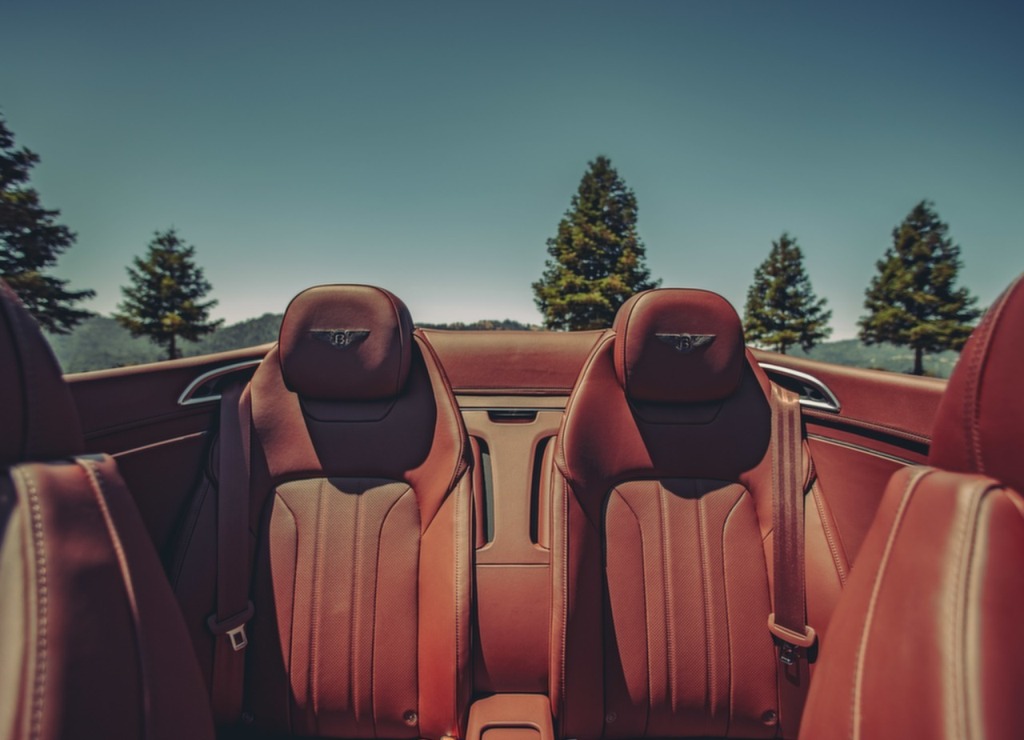 You can place your order for a Bentley Continental GT Convertible now so long as you have 175,000 pounds burning a hole in your pocket. The huge number of customization options available means that you could spend double that. 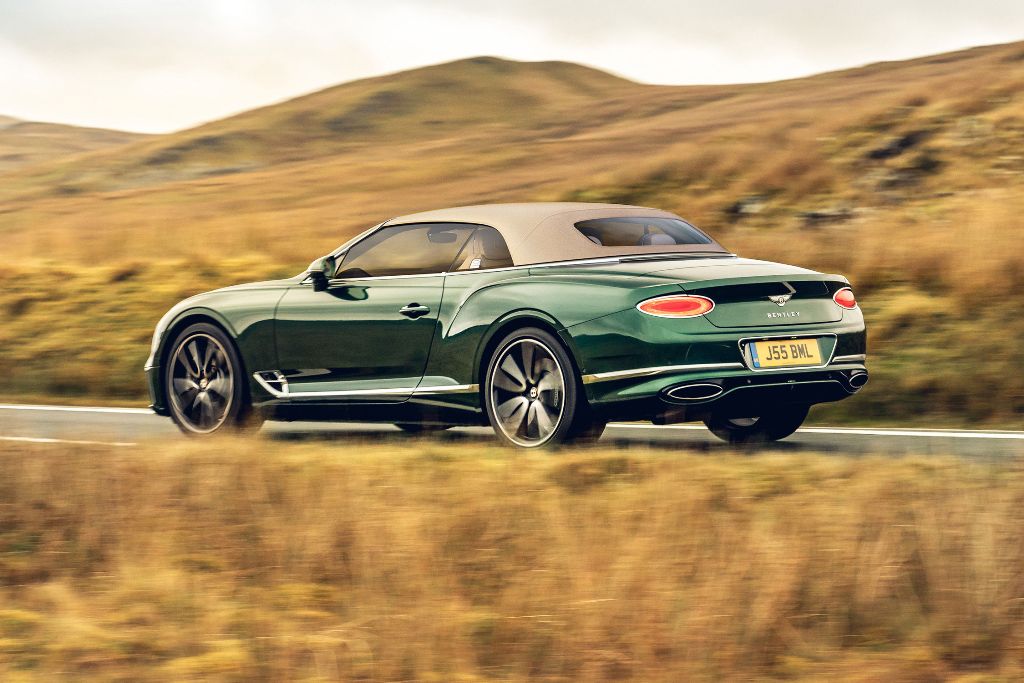 The most important aspect of the Bentley Continental GT Convertible is its huge fabric roof. It can be lowered in just 19 seconds a whole second quicker than the Rolls Royce. Dawn’s roof can do it in and it works at speeds of up to 30 miles an hour. Its triple air design means it’s three decibels quieter than the roof fitted to the old model naturally. You can choose to have it in 107 colors including an authentic tweed finish. 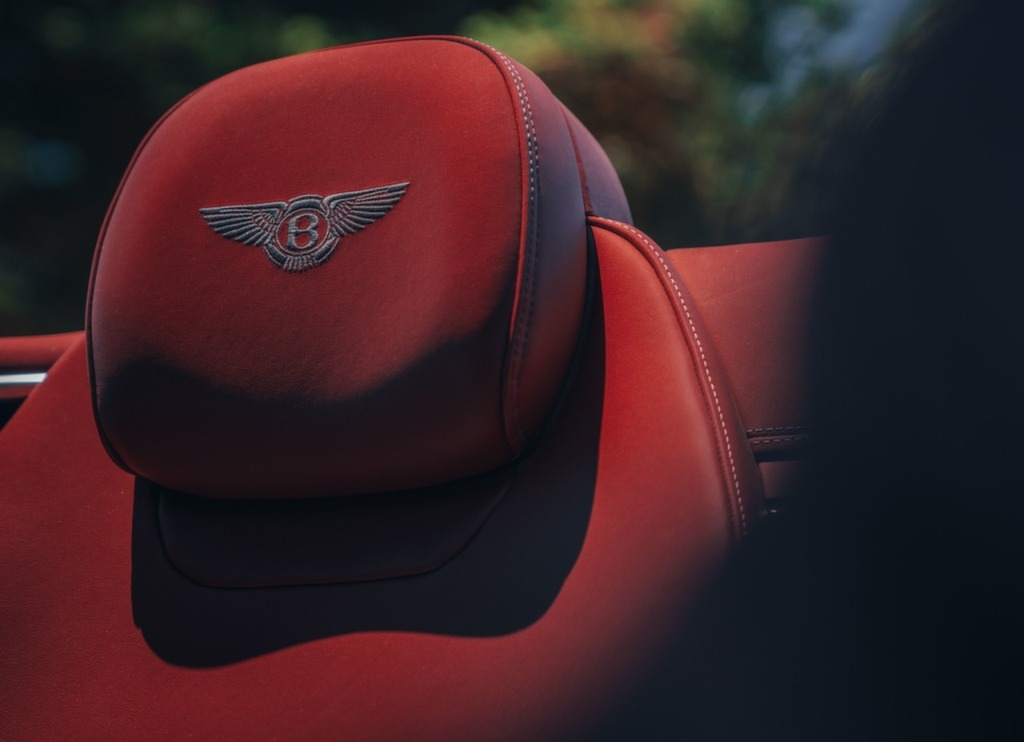 Having the roof down doesn’t mean Bentley owners need to get cold. The Bentley Continental GT Convertible gets net warmers integrated into the headrests of the front seats. That gently blow hot air towards the back of your neck. Of course, the front seats are heated as is your leather trim steering wheel. So too are the armrests on the inside of the doors toasty.

Related:  Ferrari SF90 Stradale: The 10 Most Important Things You Need To Know 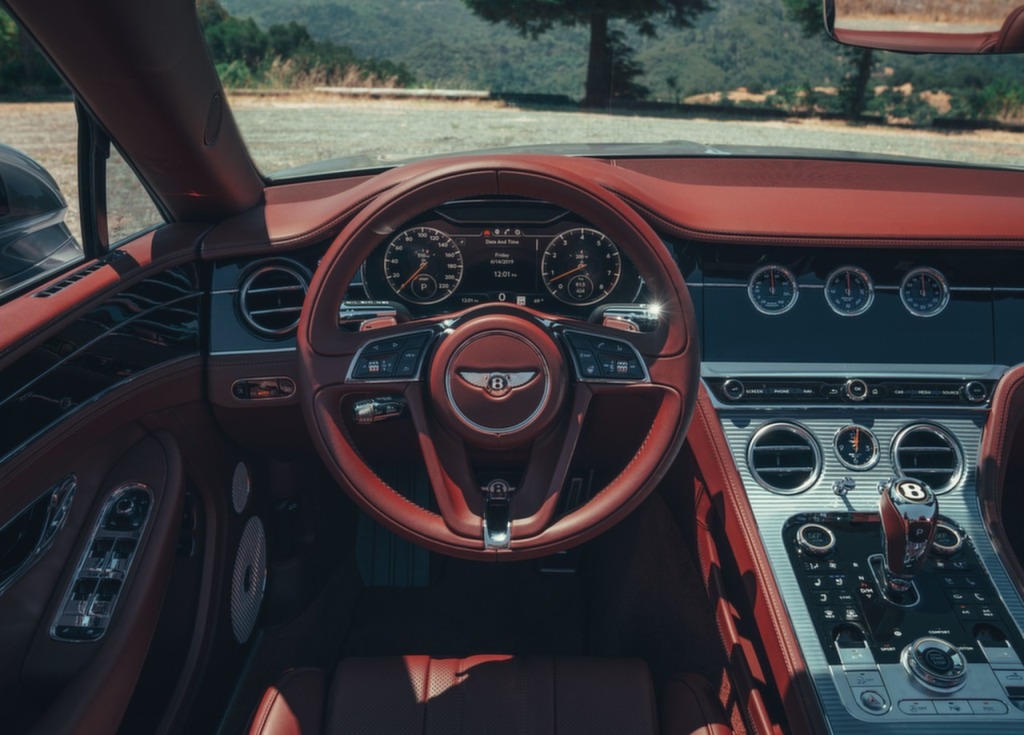 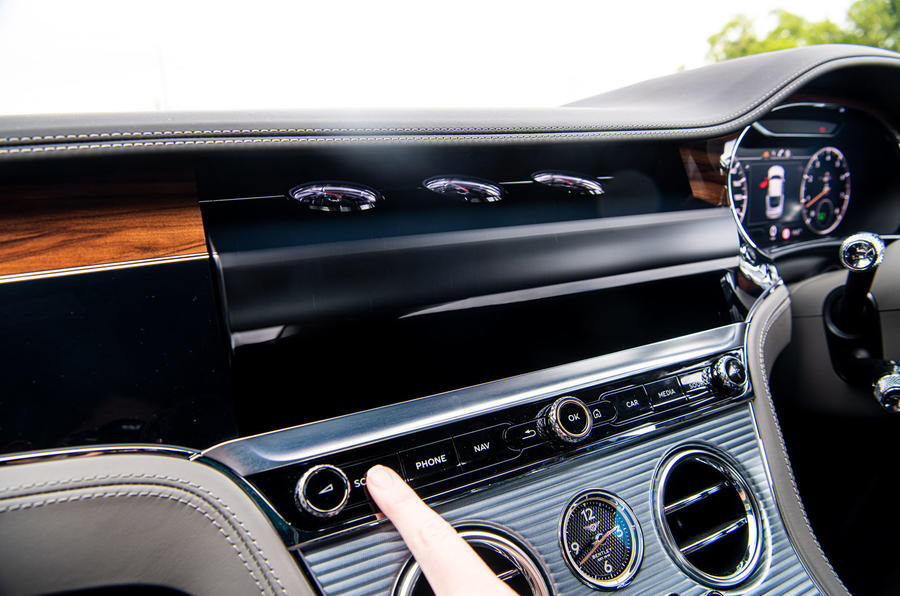 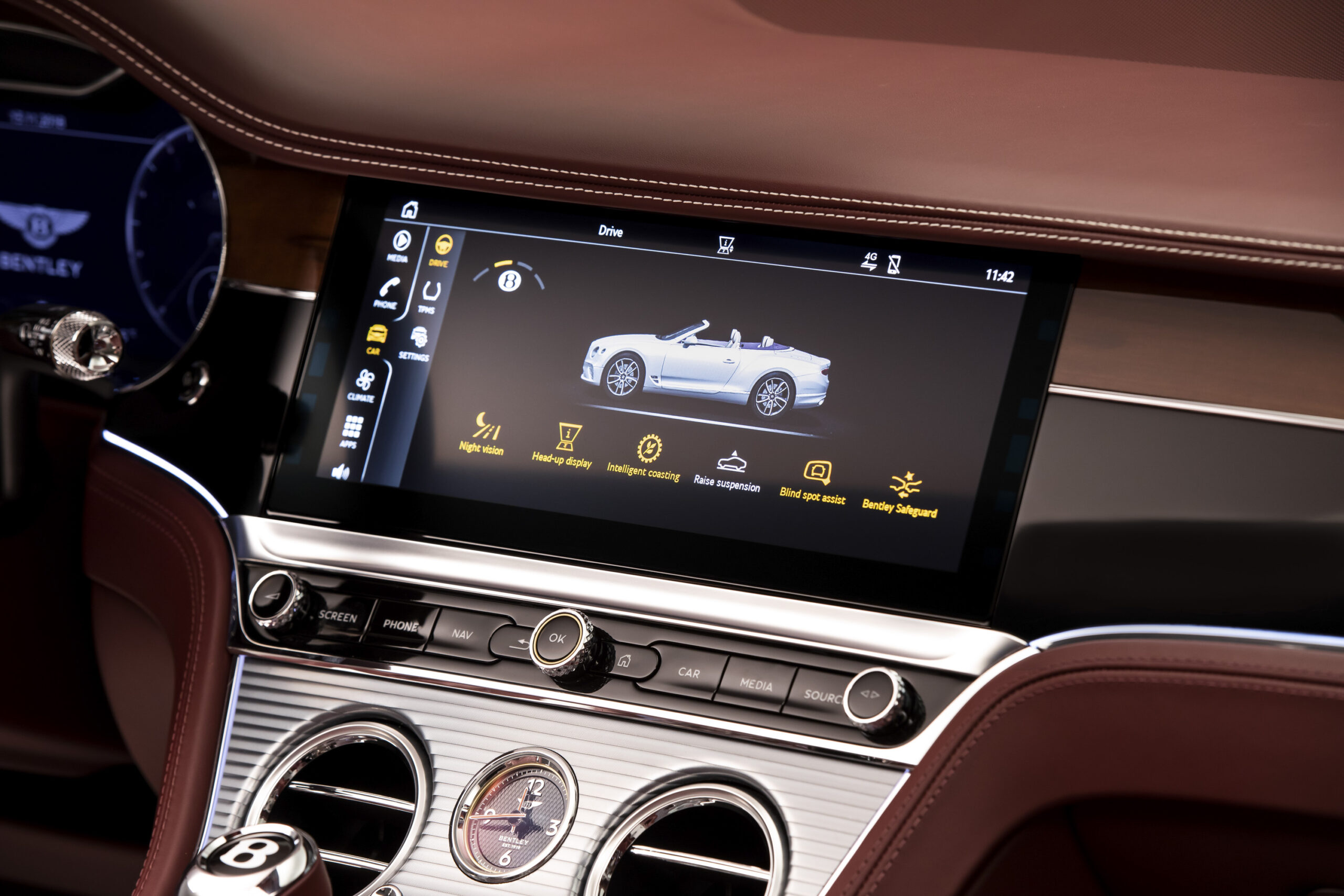 One of the coolest parts of the Bentley Continental GT Convertible is pinched straight from the coupe a. It’s trick three-way revolving infotainment screen. When the engine is turned off you wouldn’t even know there’s an infotainment screen there at all. Instead, all you see is a huge slab of lovely wood veneer. Push the start button and the wood trim revolves around to reveal a huge 12-inch entertainment screen. While partying a button on the dashboard says it’s swim around once more. Giving you three traditional dials shows you the outside temperature a convert and a chronometer. 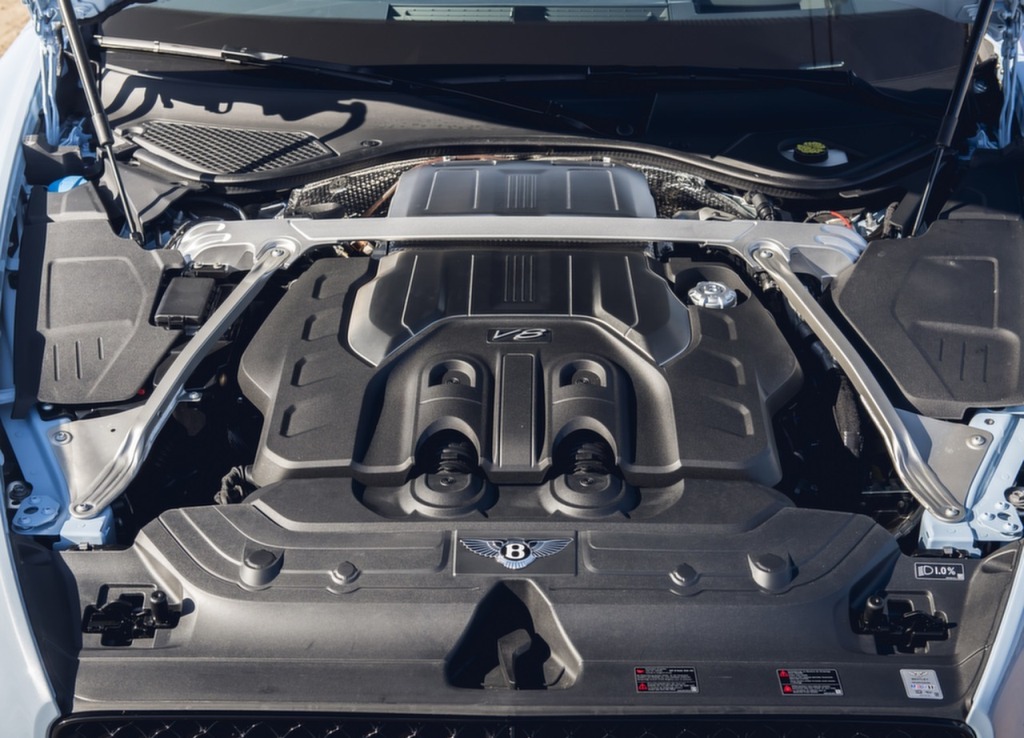 It’s hard to talk about this Bentley without mentioning its massive 635 horsepower 6-litre w12 engine. It produces 900 Newton meters of torque from just thirteen hundred and fifty rpm catapulting. The top ten convertibles from naught to 60 in just 3.7 seconds. It’ll even go on to a top speed of 207 miles an hour. That’s two miles an hour quicker than an Audi r8 v10 performance supercar Kindig. Unfortunately, your economy isn’t quite so impressive. You’ll be lucky to see much more than 22 miles per gallon. Their owners won’t really care about this. The range is more important to them thankfully this Bentley has a huge fuel tank. 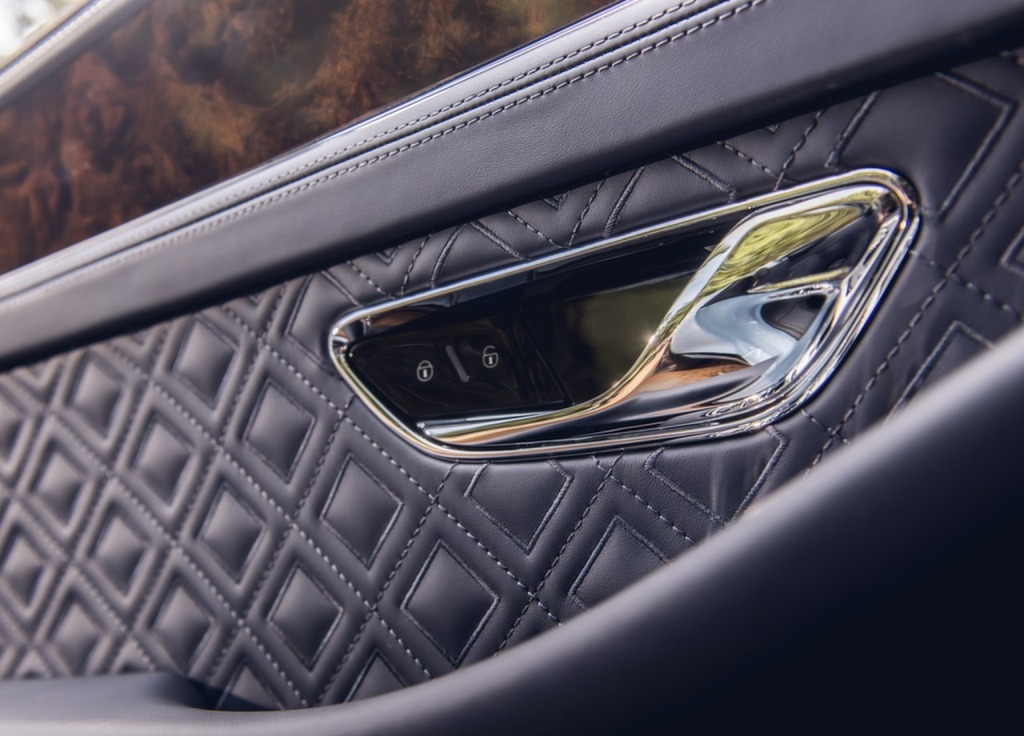 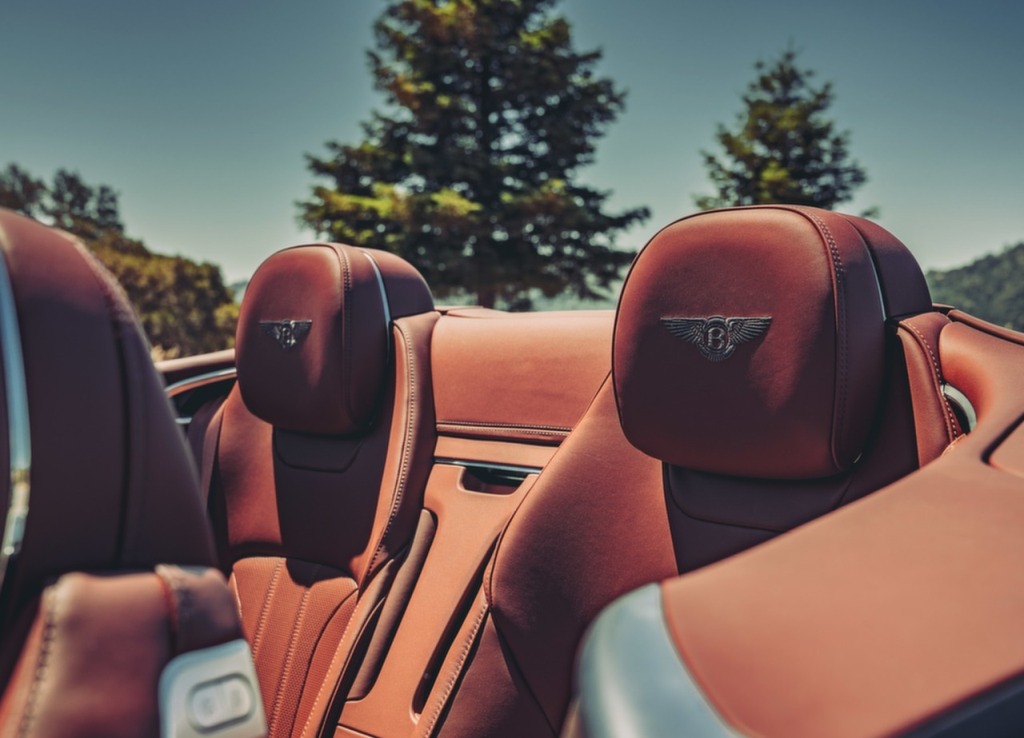 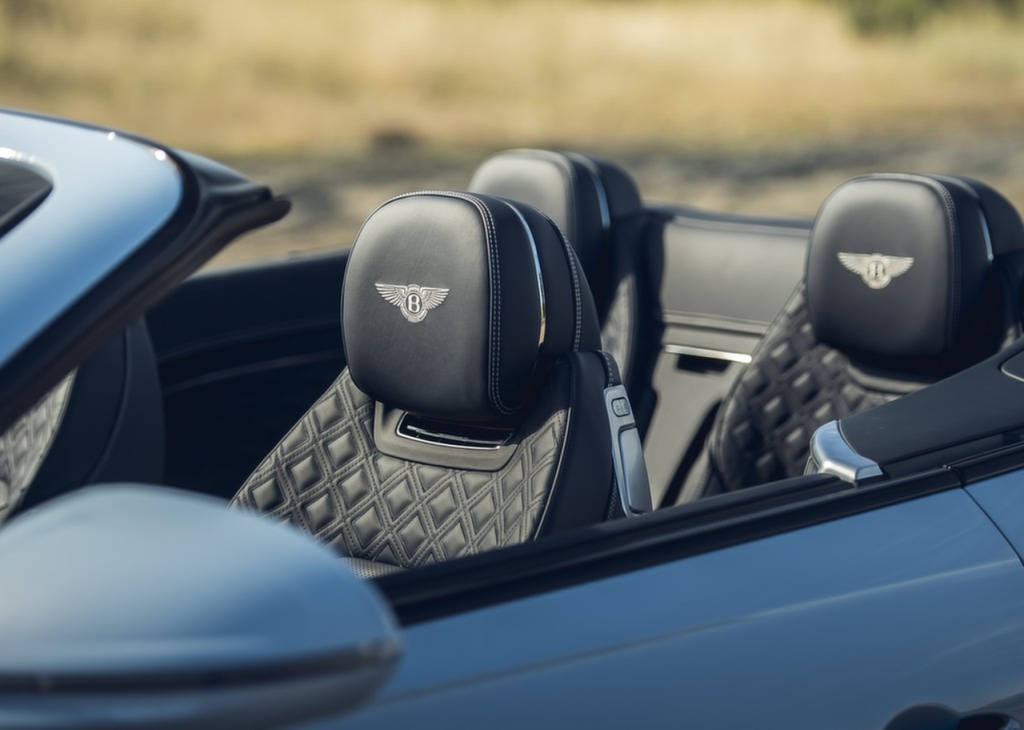 A Bentley Continental GT convertible as commissioned it you can choose from 17 exterior colors. If you don’t mind paying for it you can have your car matched to any color you want. You also get a choice of three wheel designs ranging from 21 to 22 inches in size that can be finished in one of ten polished or painted styles. 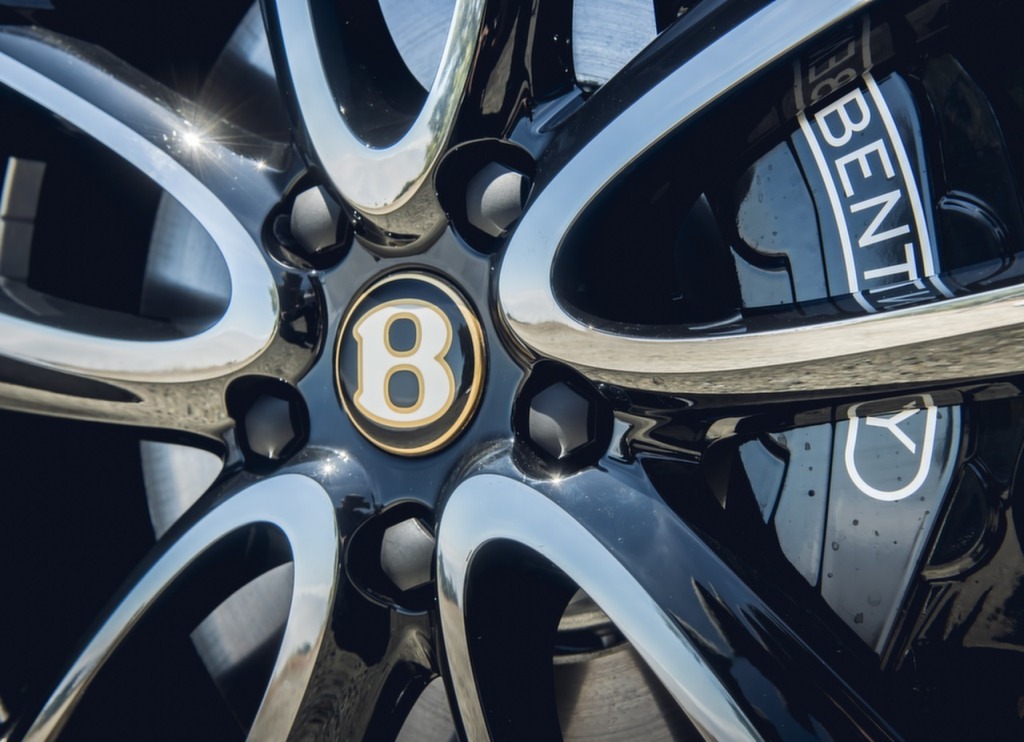 When you have two tons worth of convertible to stop. It’s good to know you have brakes that are up to the job. In fact, upfront to get 16.5-inch discs that bigger than the wheels on some VW golfs. They’re clamped by huge tempo calipers meanwhile at the rear you just get four-piston calipers with comparatively measly 15-inch diameter discs. 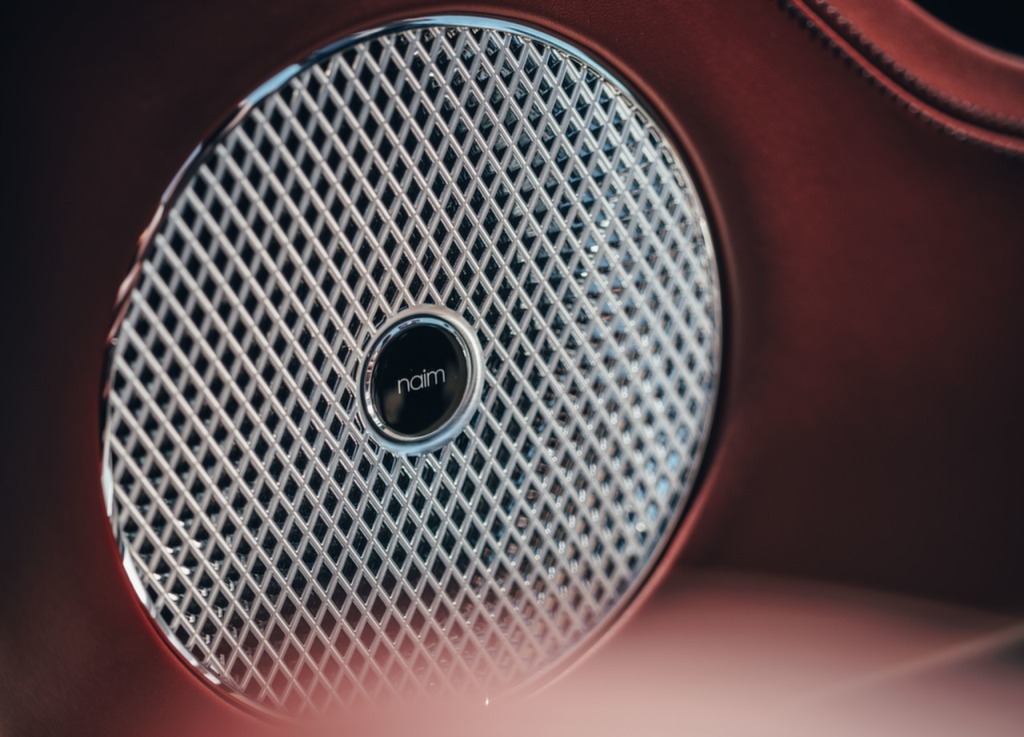 Even the basic Continental GT Convertible stereo has ten speakers and 650-watt output. Of course, you have options beginning with the 1500 watt Bang & Olufsen system. Which has 16 speakers some of which have illuminated grilles? Even that is dwarfed by the top-of-the-range name system that has a 2200 watt output. It has 18 speakers and the covers in the doors are some the prettiest you’ve ever seen. 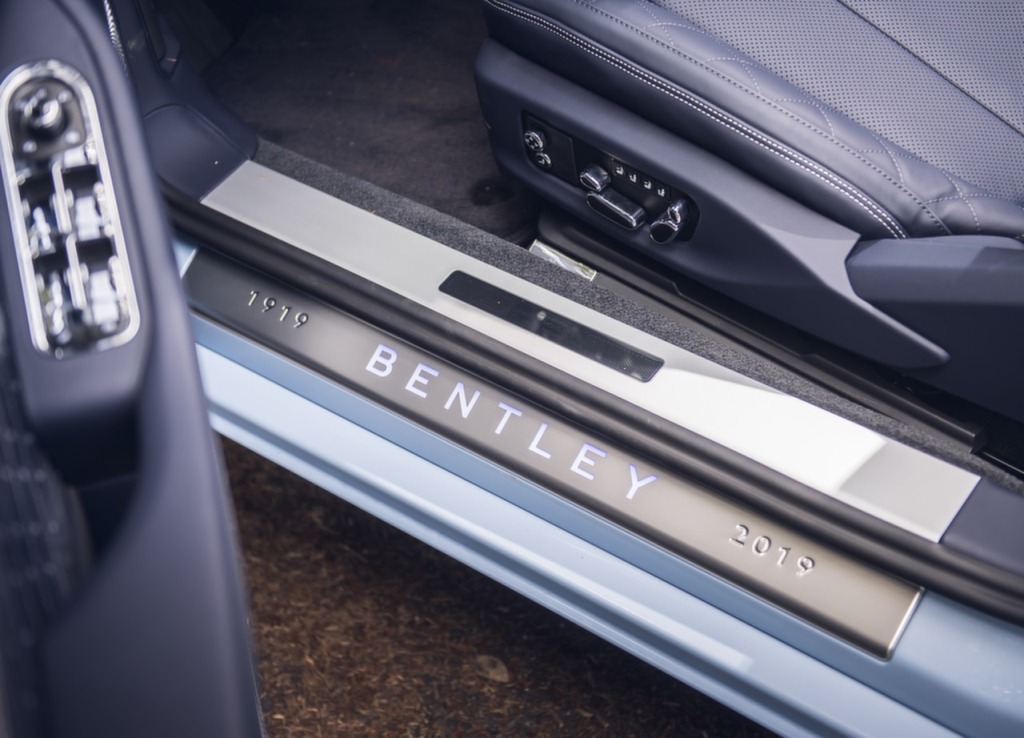 The Bentley Continental GT Convertible interior is just as customizable as the exterior. You can choose from a wide variety of leather in pretty much any color you want. You can even choose from a wide range of wood veneers too. In fact, each car’s interior is decked out in more than 10 square meters of wood that’s a lot of wood. You can even choose to color. The inside of the roof you have eight options including red, blue and Magnolia.