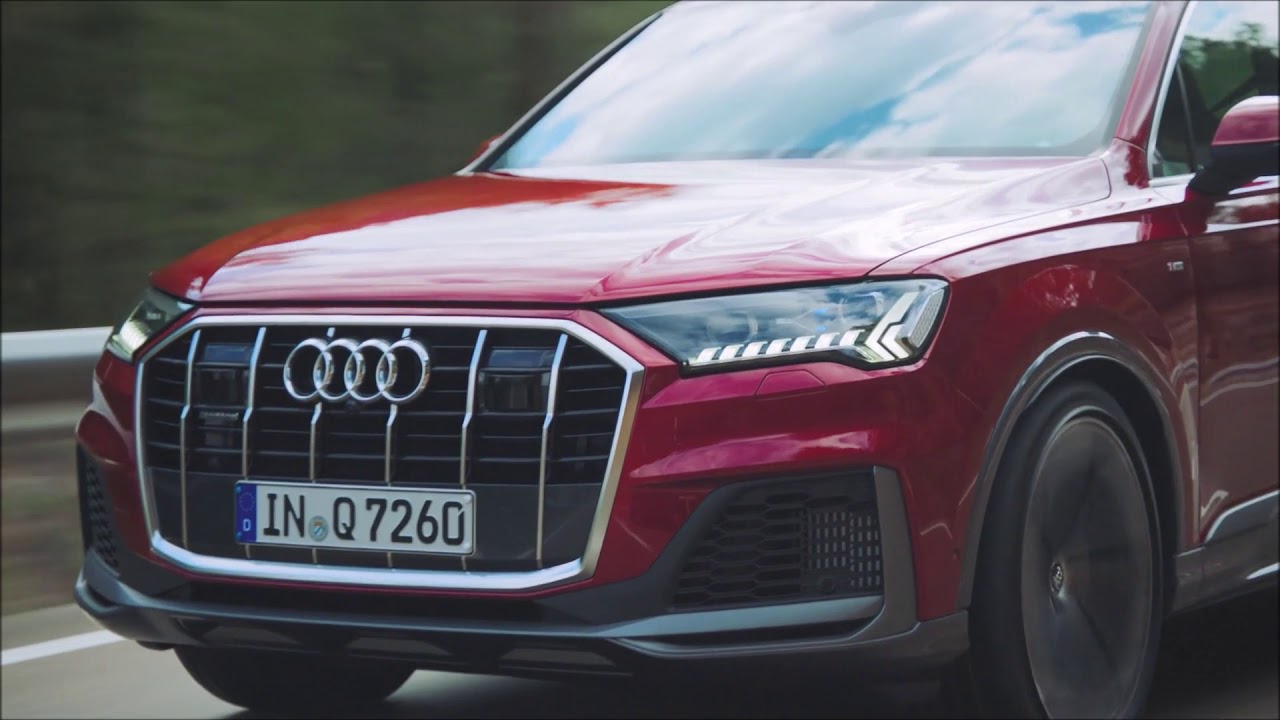 This is the new Audi Q7 well are saying you. It’s more a heavily revised version and Audi’s big SUV which has launched four years ago. Audi Q7 SUV 2020 Facelift: All You Need to Know About. 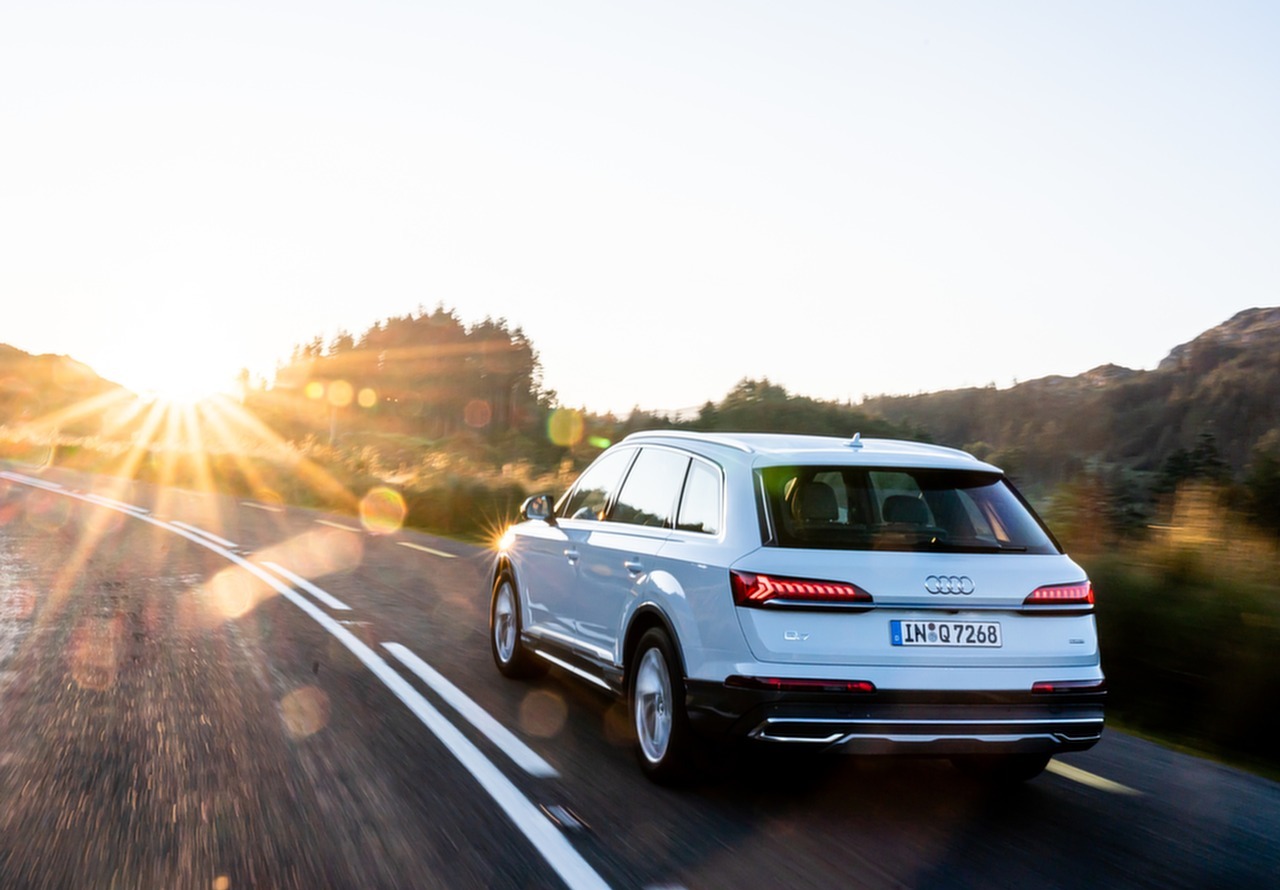 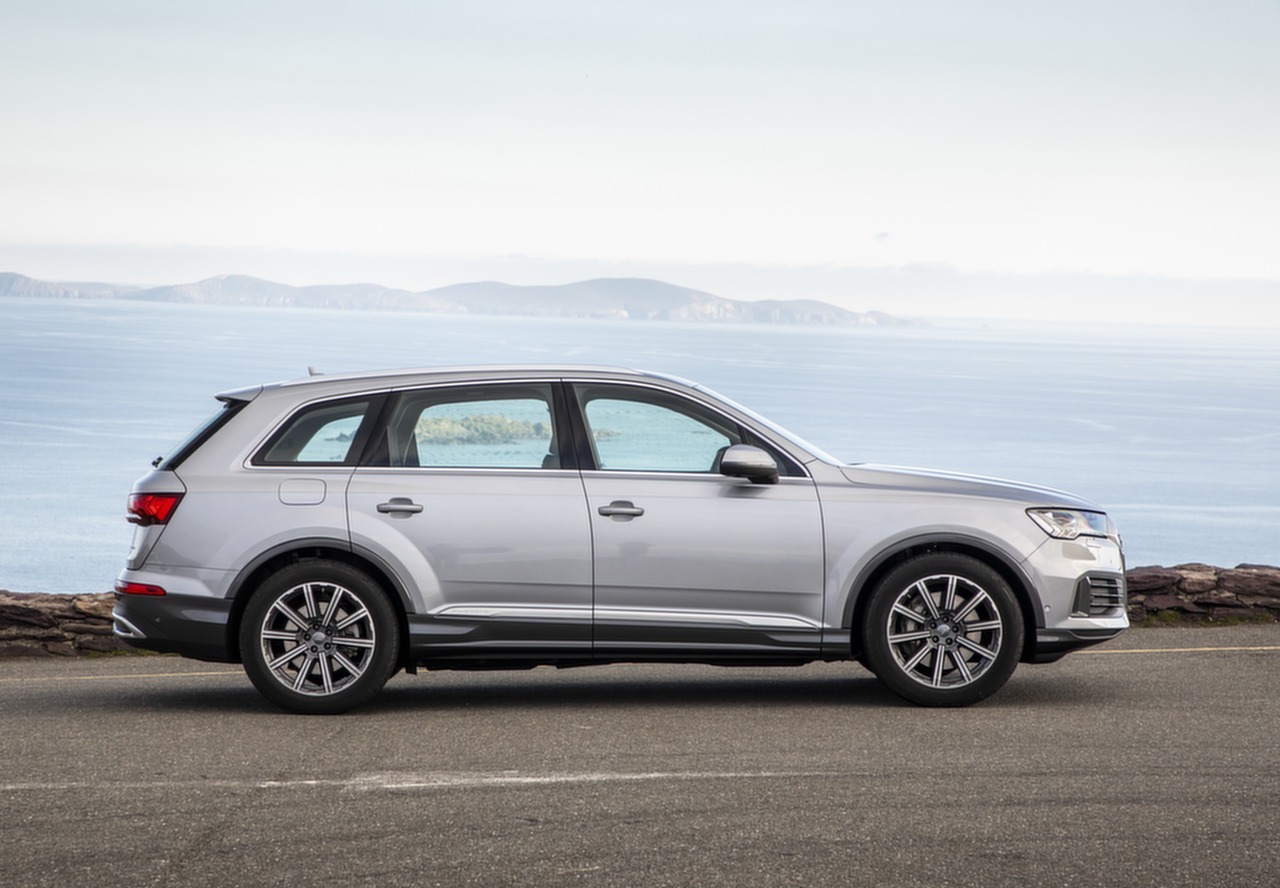 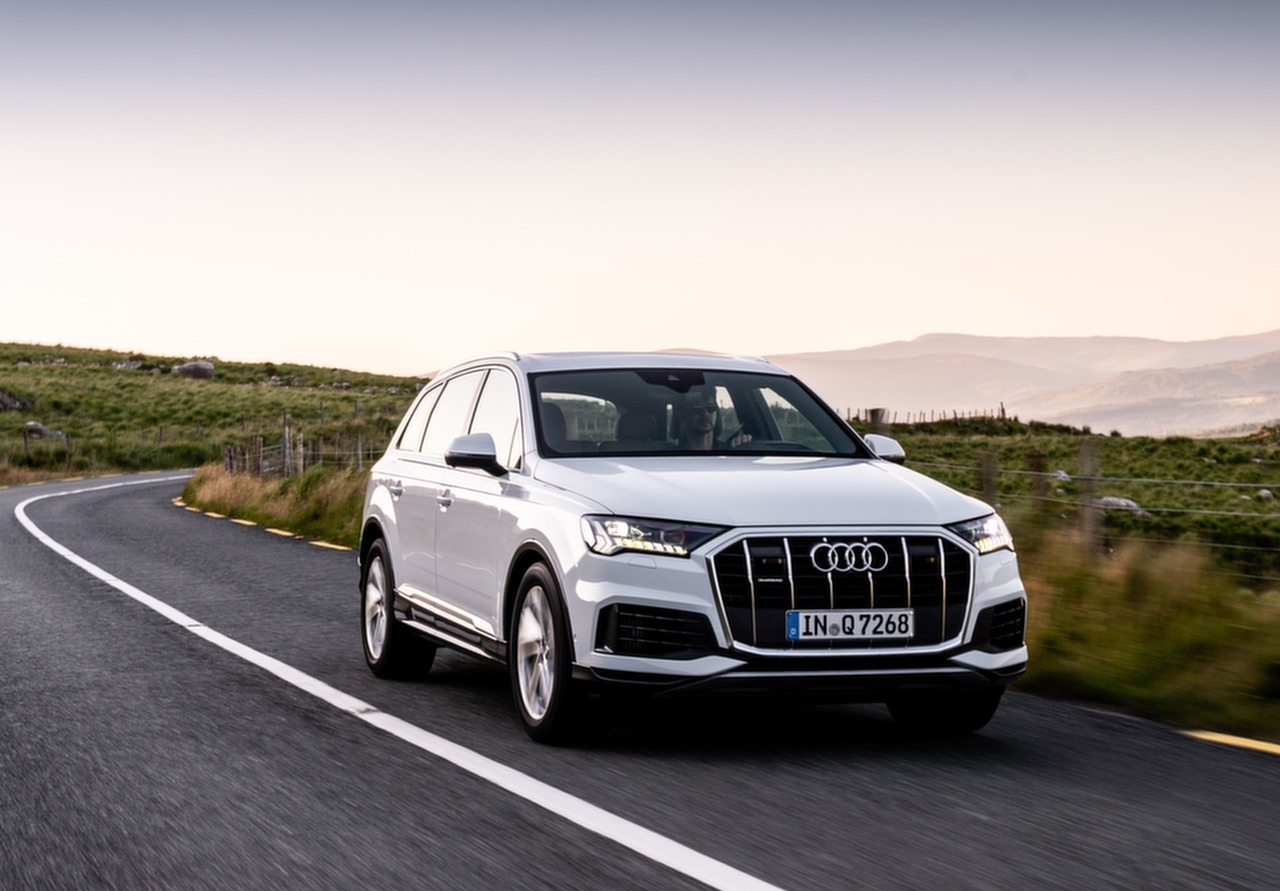 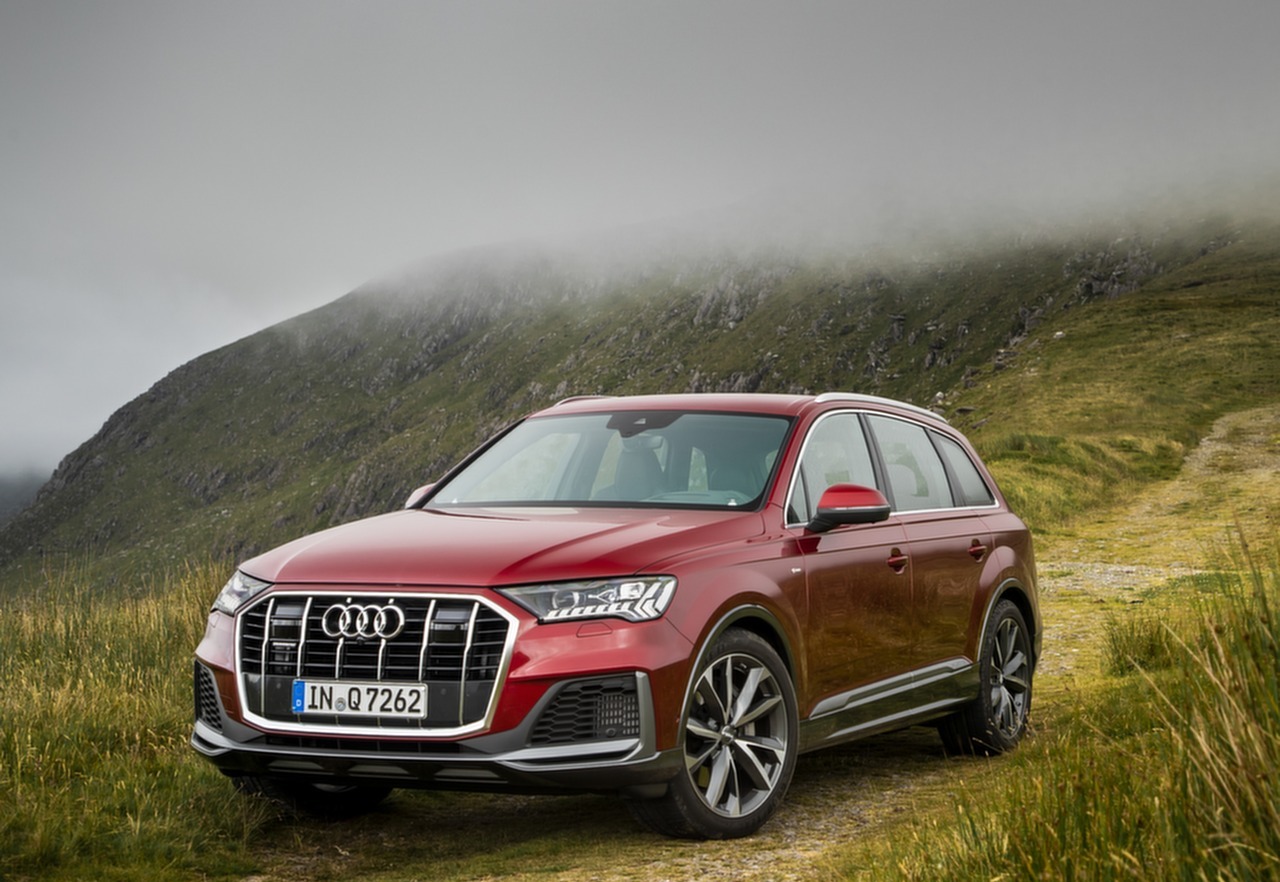 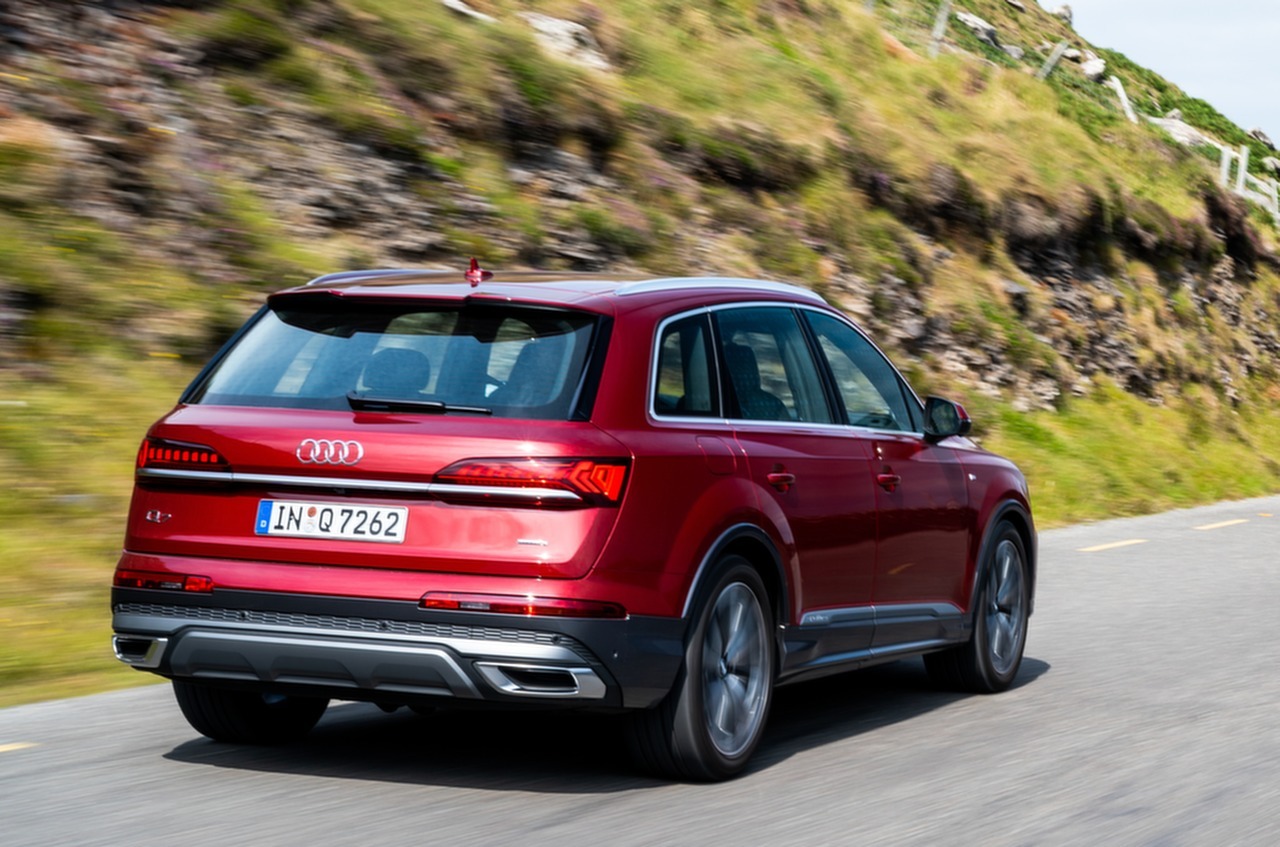 The old Audi  Q7 was a little bit boring to look at who’s more of a pumped-up hatchback rather than an in-your-face SUV. This new one does look a little bit bolder though it’s still not the most exciting thing to look at. However, the slim new lights do make it look meaner while the creases above the wheels are a little bit like the shoulder pads. 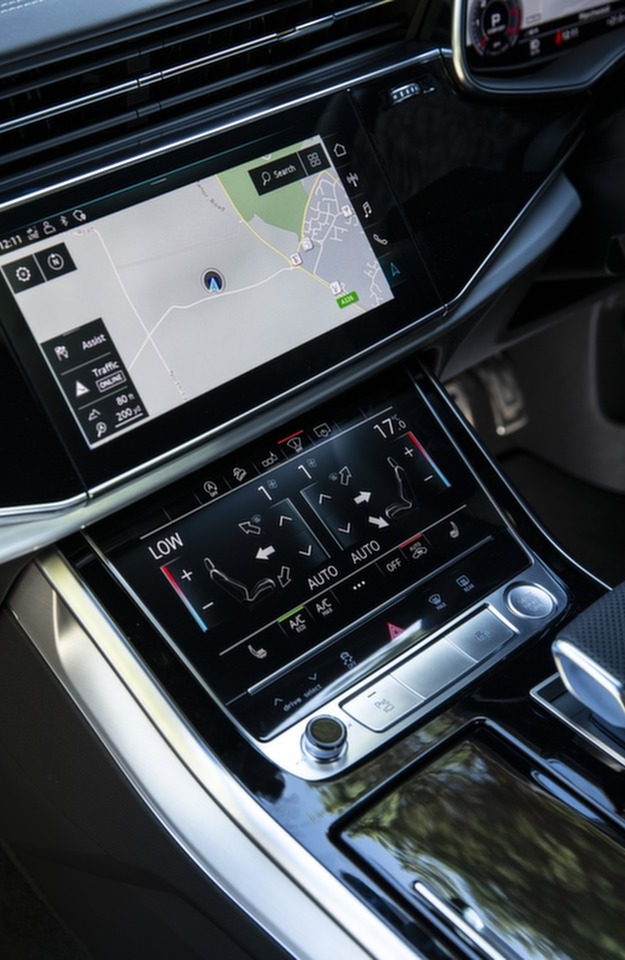 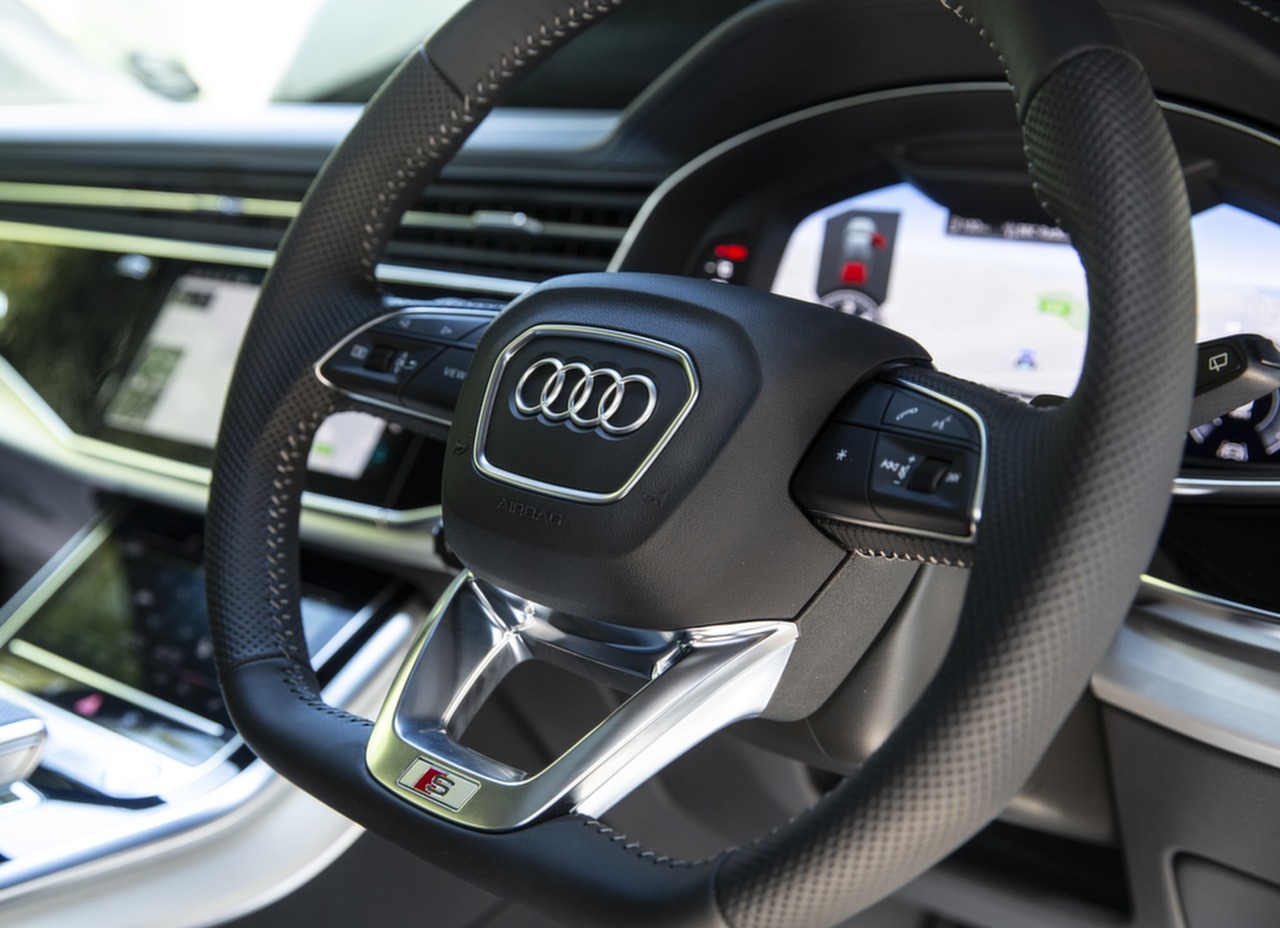 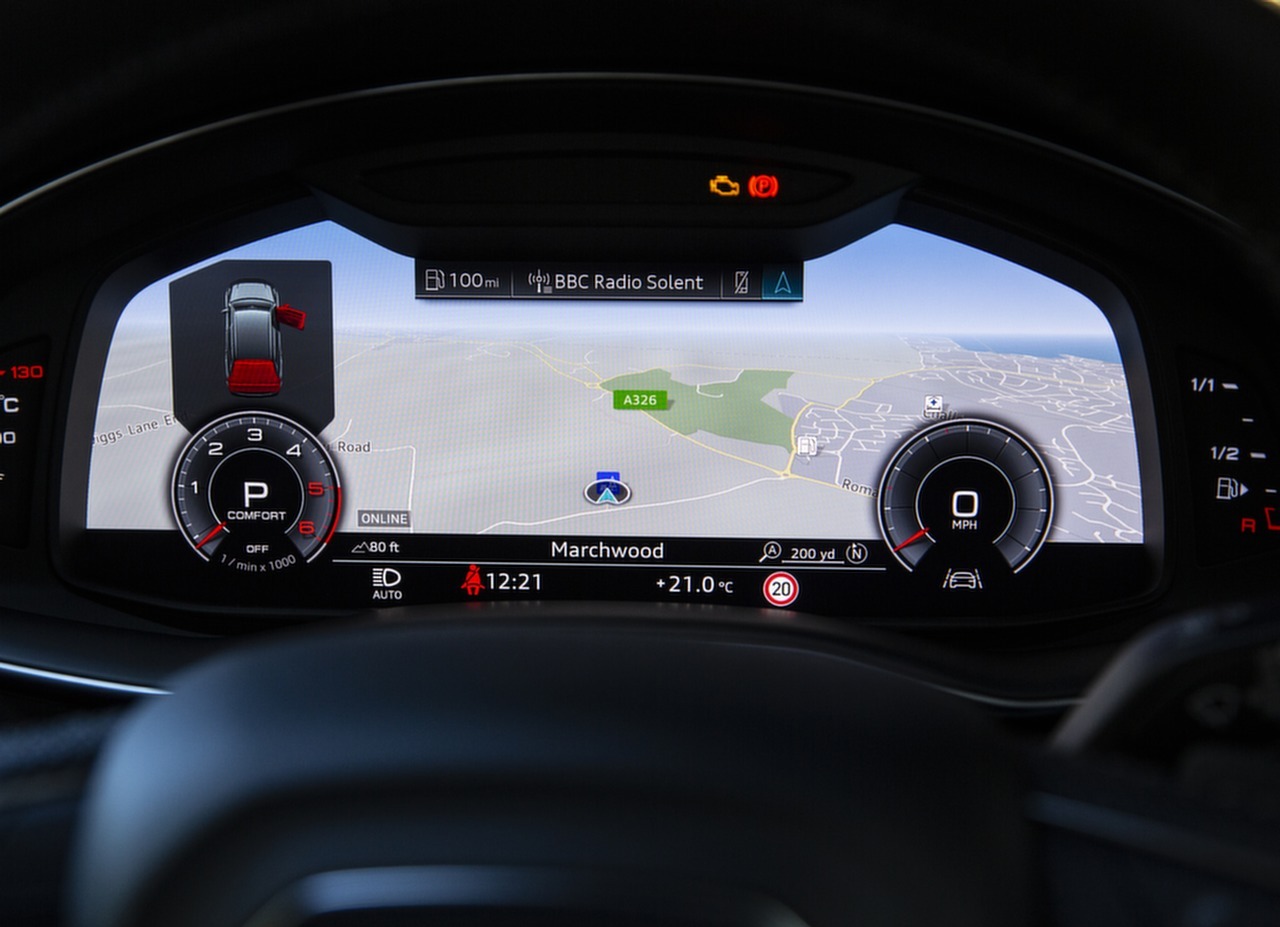 The Q7 now gets the same infotainment system as the Q8 that means two massive high-resolution touch screens with haptic feedback. They vibrate when you press a button which is supposed to make it feel like you’re pressing an actual button. It’s a bit of a shame that Audi has got rid of the control wheel used to have which made it much easier to use the car’s infotainment system when you’re driving. 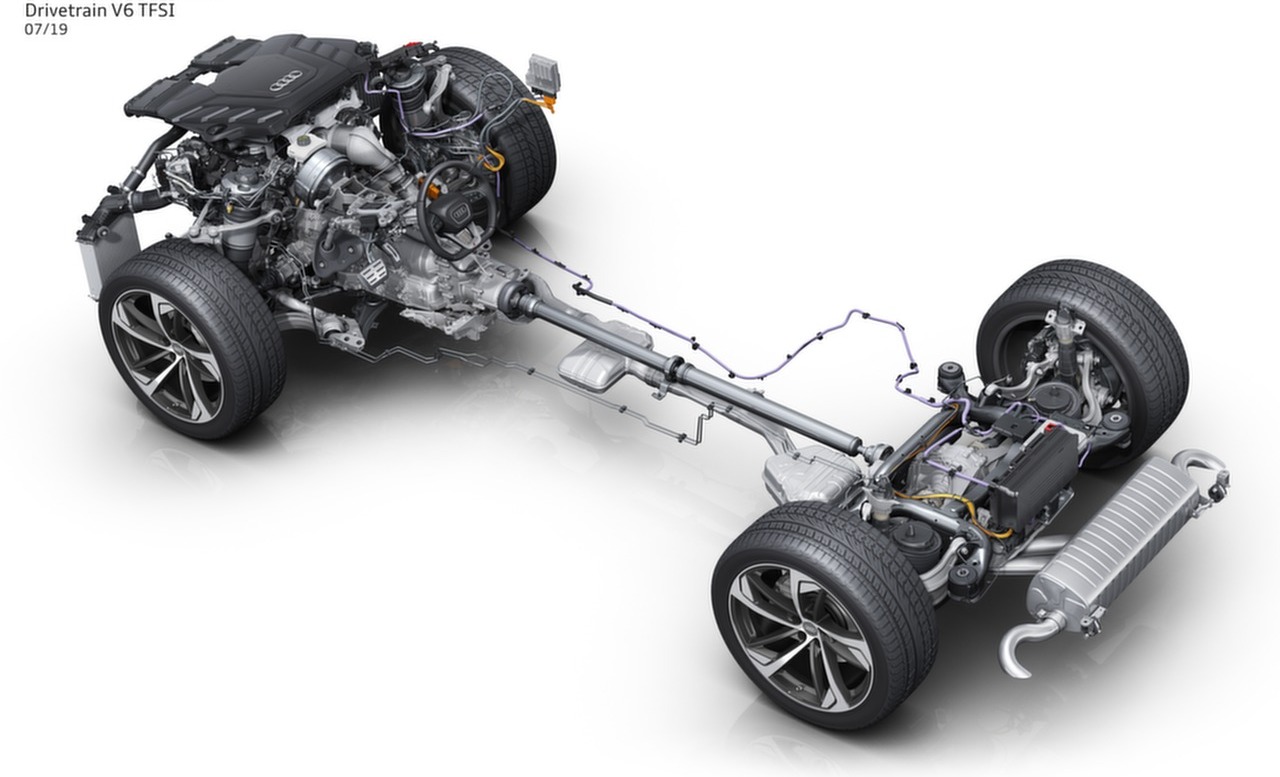 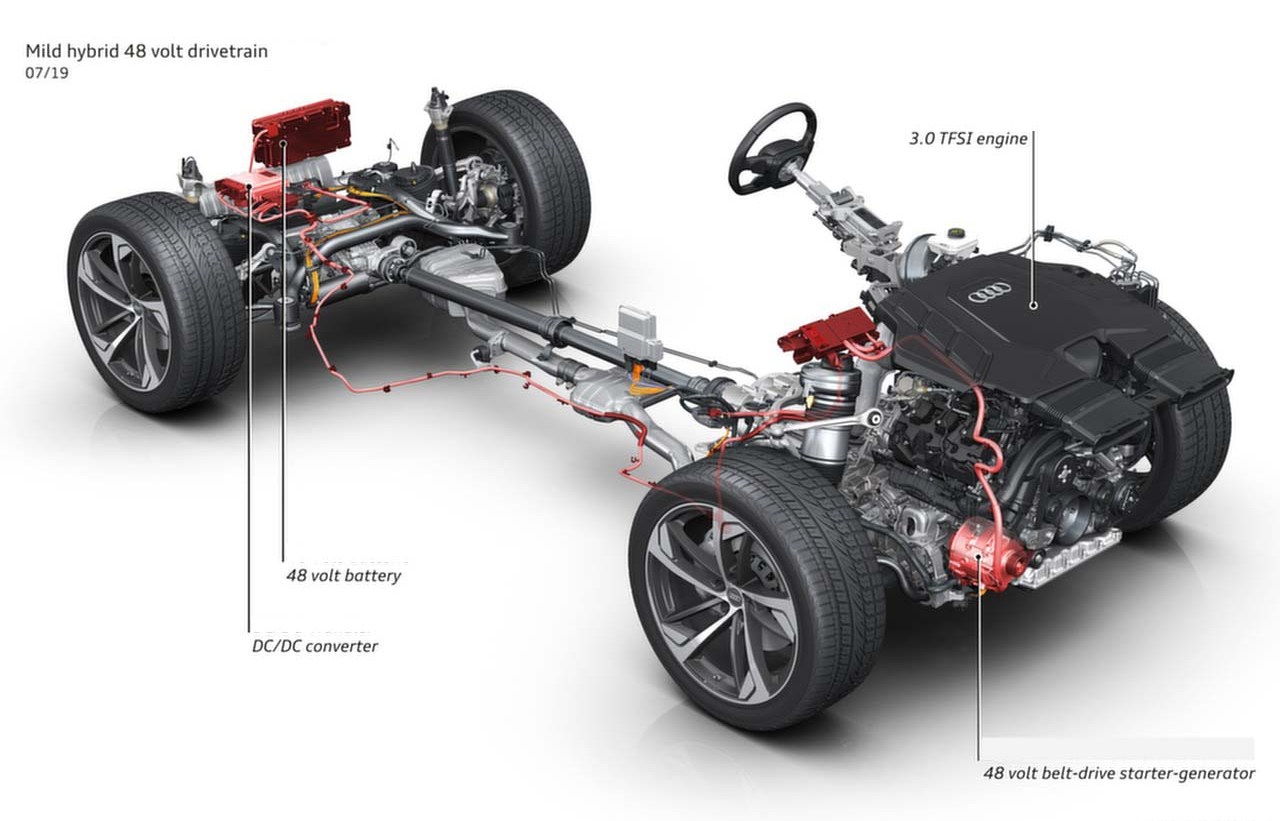 The only Q7 now gets mild-hybrid technology – this means the car recovers energy under braking. Can coast on the motorway with the engine off for up to 40 seconds and engages its stop-start system earlier. When it means fuel economy improves by about 5 miles per gallon across the entire range. 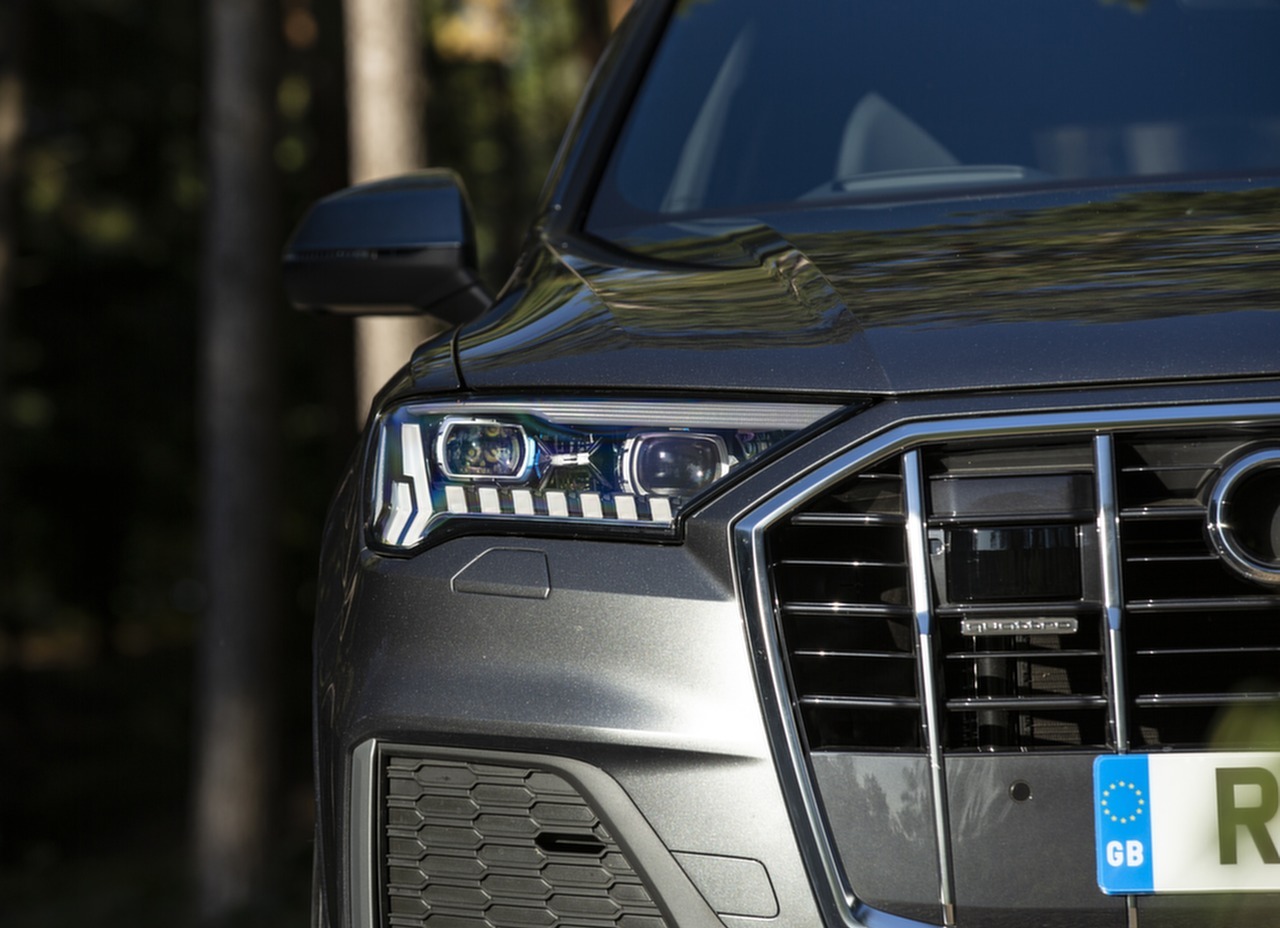 The new Q7 has more lighting options than your local electrical shop but perhaps with fewer lampshades LED headlights are standard. You can upgrade them to matrix LEDs which you can use on the full beam without dazzling oncoming traffic. The top of the range lights are the all-new High Definition matrix LEDs. These use lasers to give them double the range yes lasers on an Audi something we’ve seen on BMWs for quite a while.

Related:  Top 10 Things You Need to Know About 2020 Renault Clio 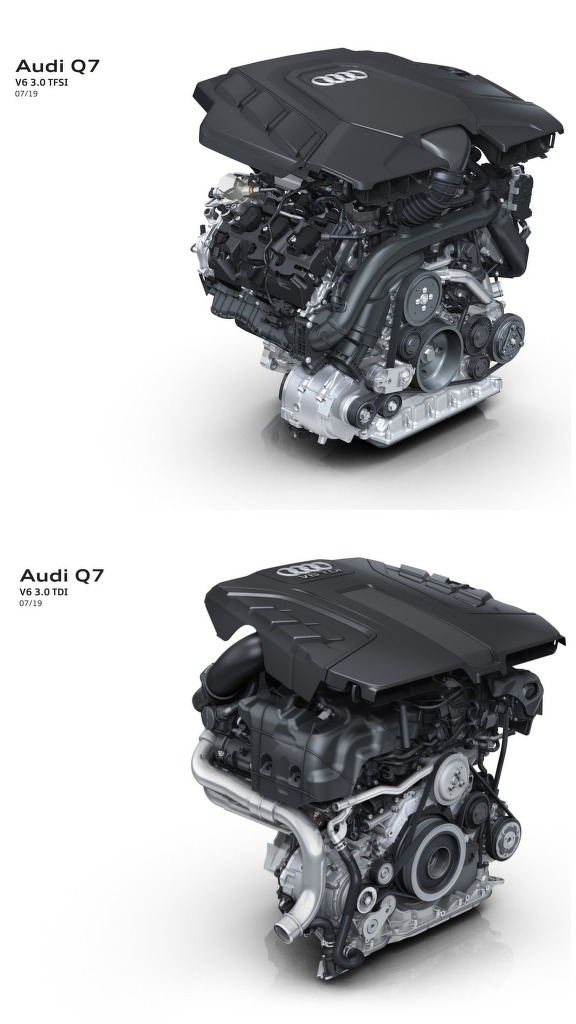 Unlike in the past, you can now get the Q7 with a petrol engine option. It’s a 3 liter v6 with 340 horsepower and 50  Newton meters of torque. That’s enough to get the car from naught to 60 in under 6 seconds. I think you’re still better off sticking with one of the 3 liter v6 diesel models as I’ll be cheaper to run.

Q7 prices should start from around fifty-four thousand pounds for an entry-level forty-five TDI sport. And was all the way up to seventy-five grand plus for the powerful s q7 version. 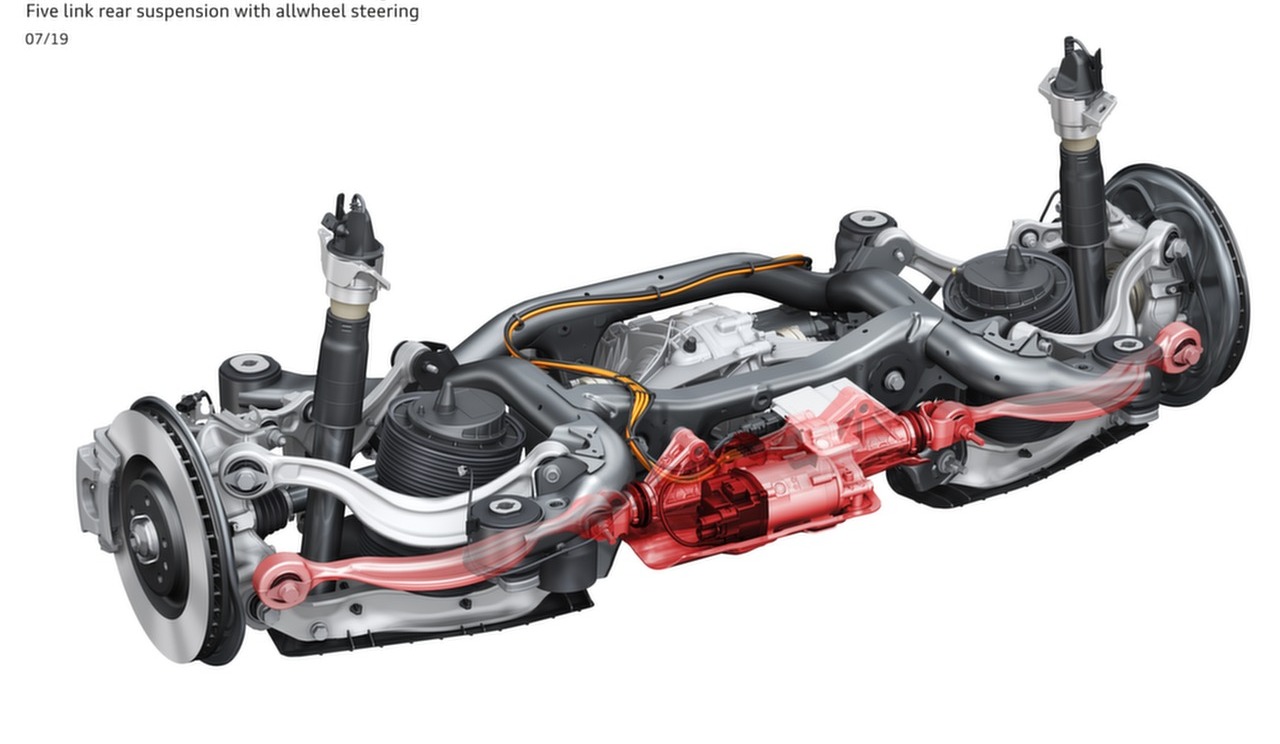 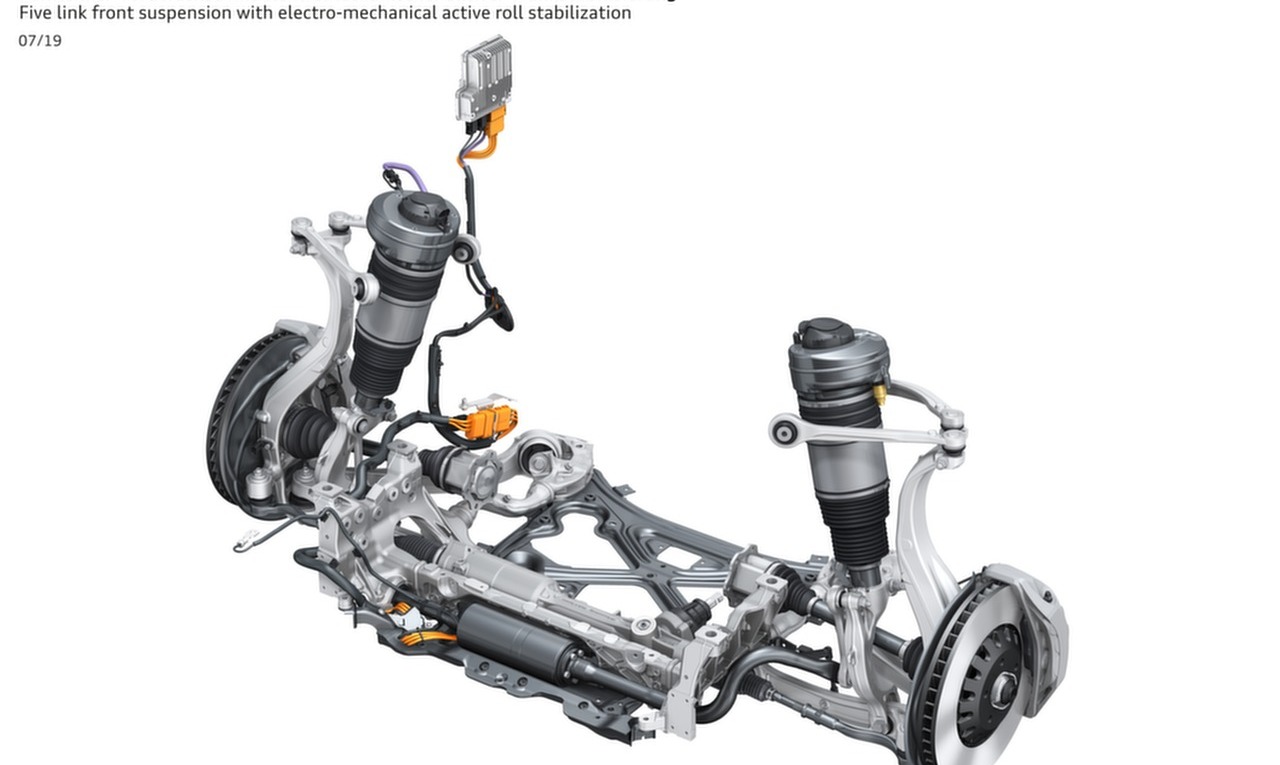 The Audi Q7 now gets air suspension as standard on every model which is great news. Because it really does make I super comfy. The suspension can also lower down automatically to give extra stability at speed. Or rise up for extra clearance when you’re off-roading. Which, of course, you’re never really gonna do Black Edition and Vorsprung
models. If you’re planning on venturing into the wilderness they are worth avoiding. The Q7 now also has something called roll stabilization.

Although that sounds like something you do in a bakery what it actually means is that there are active anti-roll bars. These stiffen up in bends to stop the car leaning over. When you drive on straight roads the anti-roll bars actually detached from the suspension to make the car feel extremely supple over bumps. 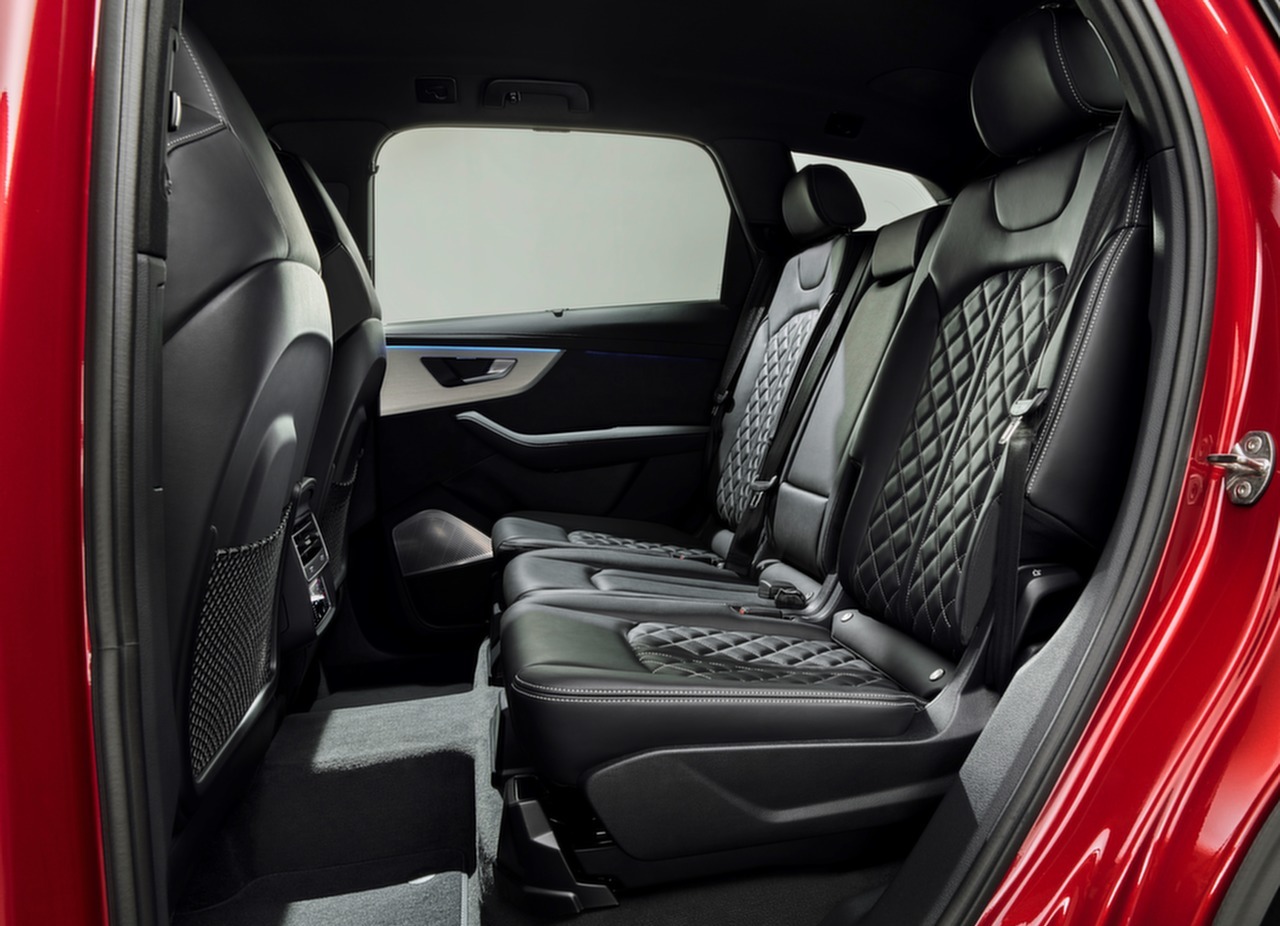 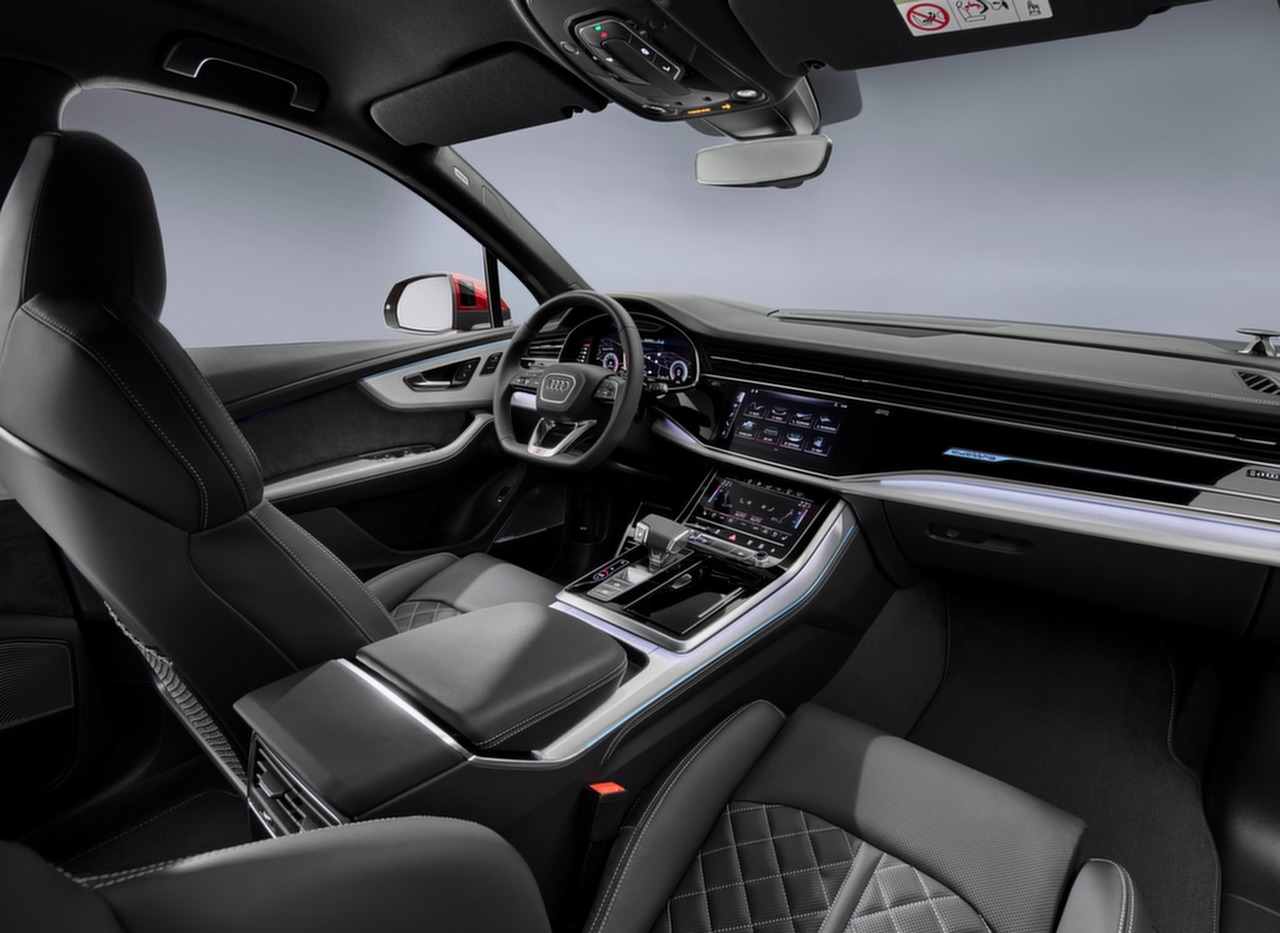 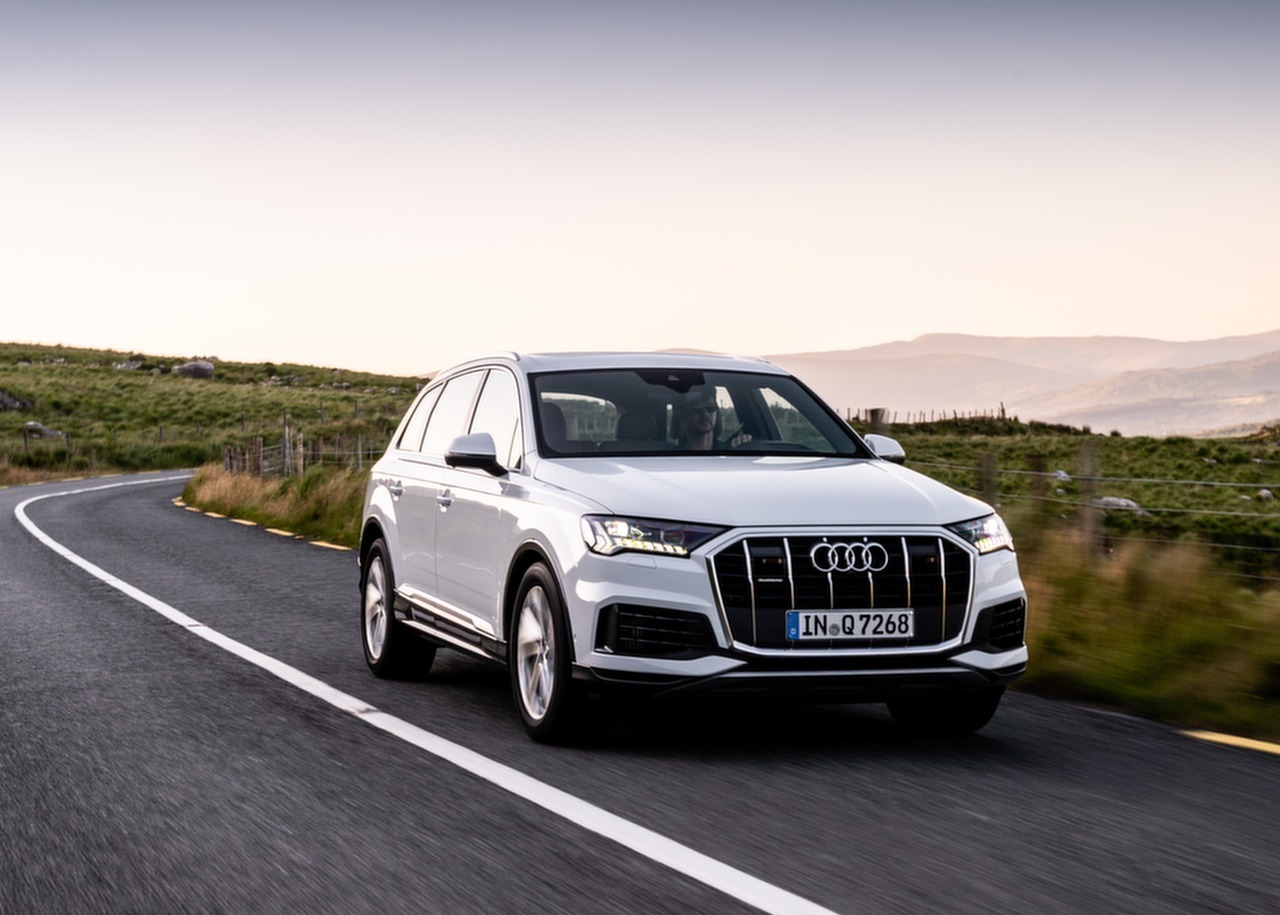 The new Q7 is actually 11 millimeters longer than the old one but that’s probably more to do with a more pronounced and nose. There is no extra space inside not that you really need it because there’s room for five adults in the front two rows. There’s a third row that’s actually suitable for children plus with the spare seats in the back folded. The boots is massive and the middle row folds neatly into the floor turning the Q7 into a very posh fan. 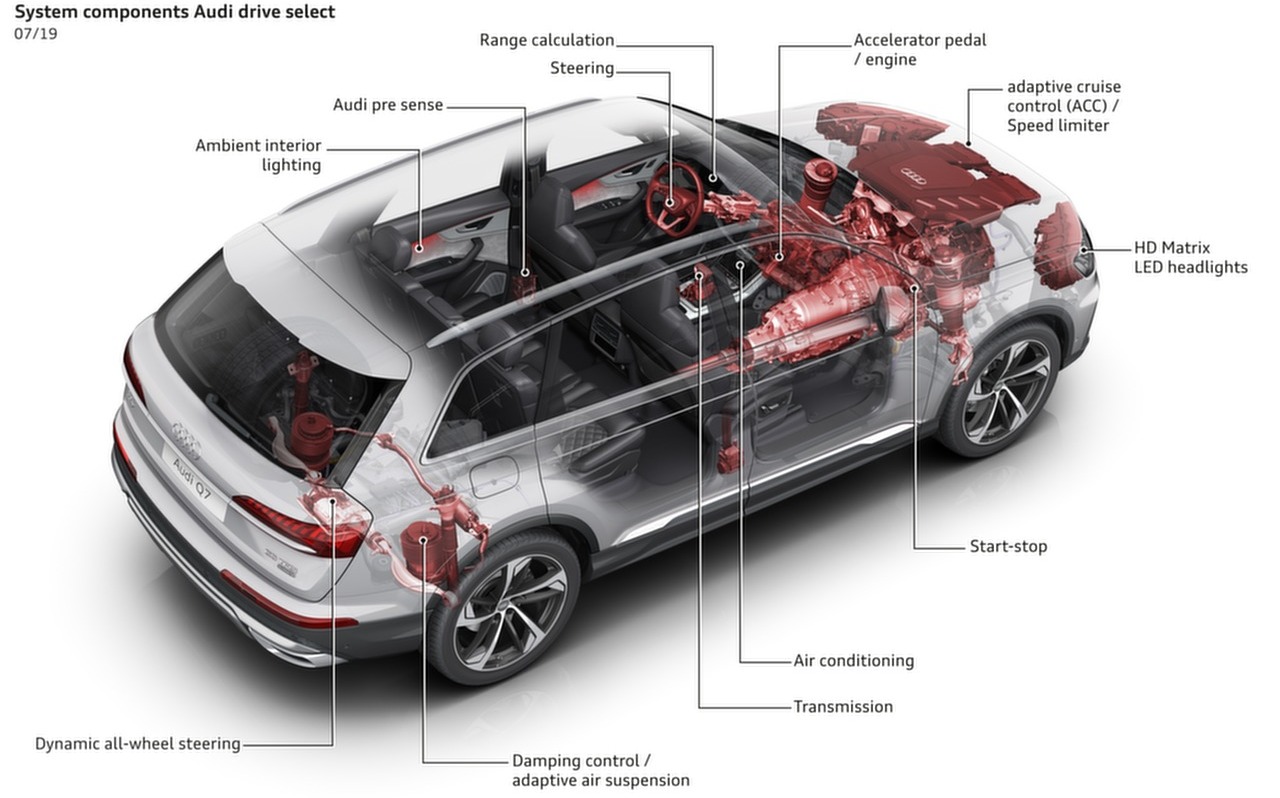 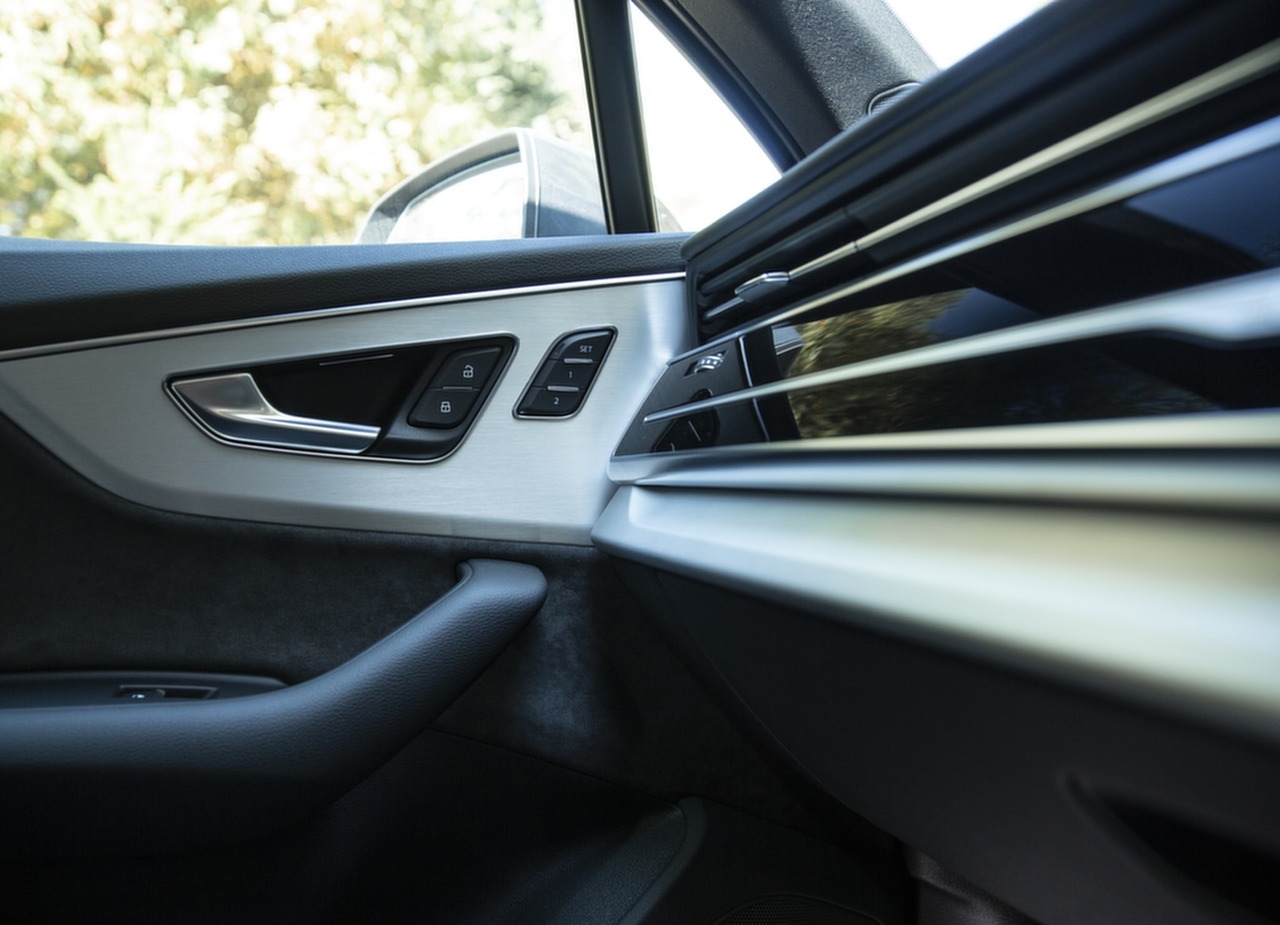 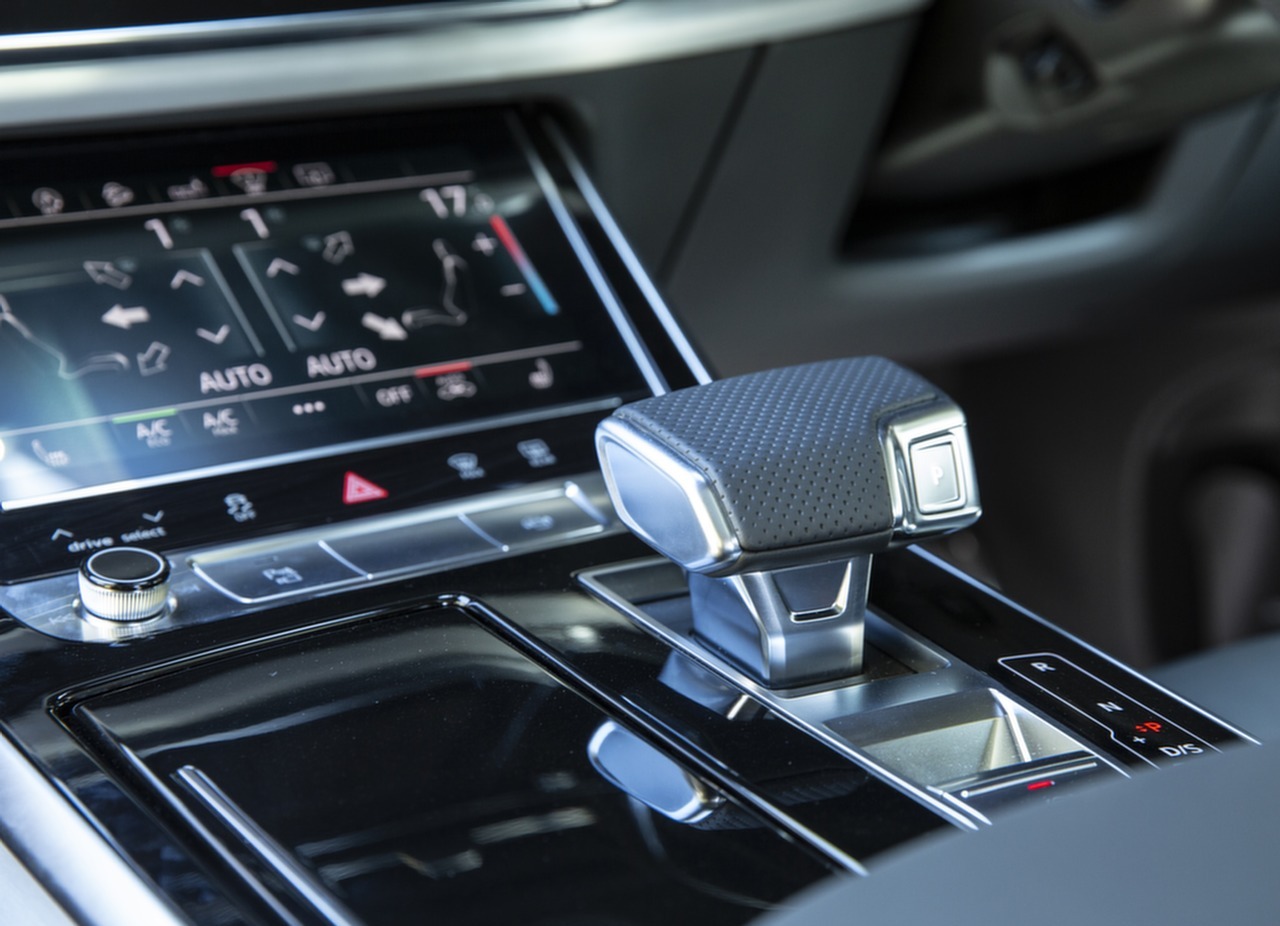 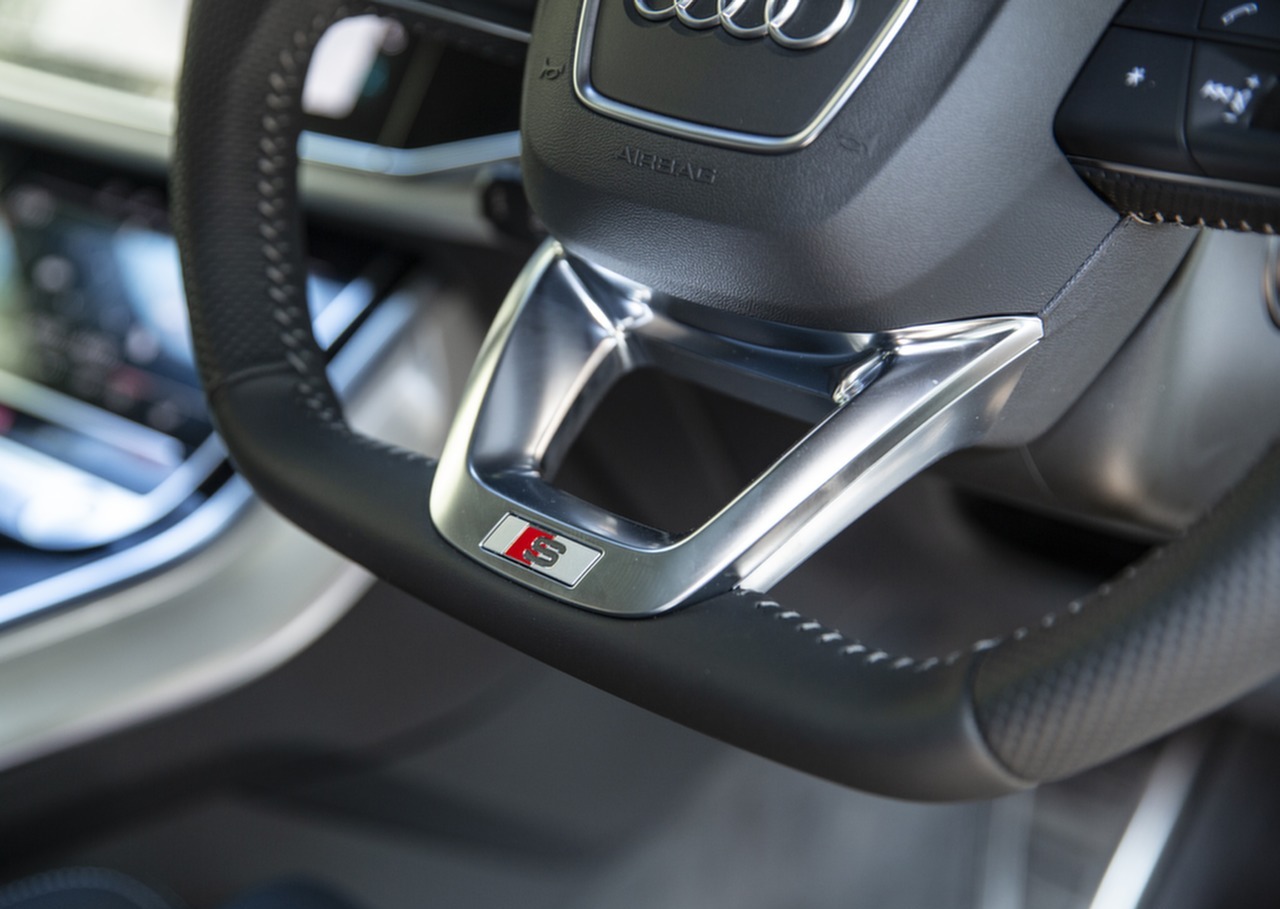 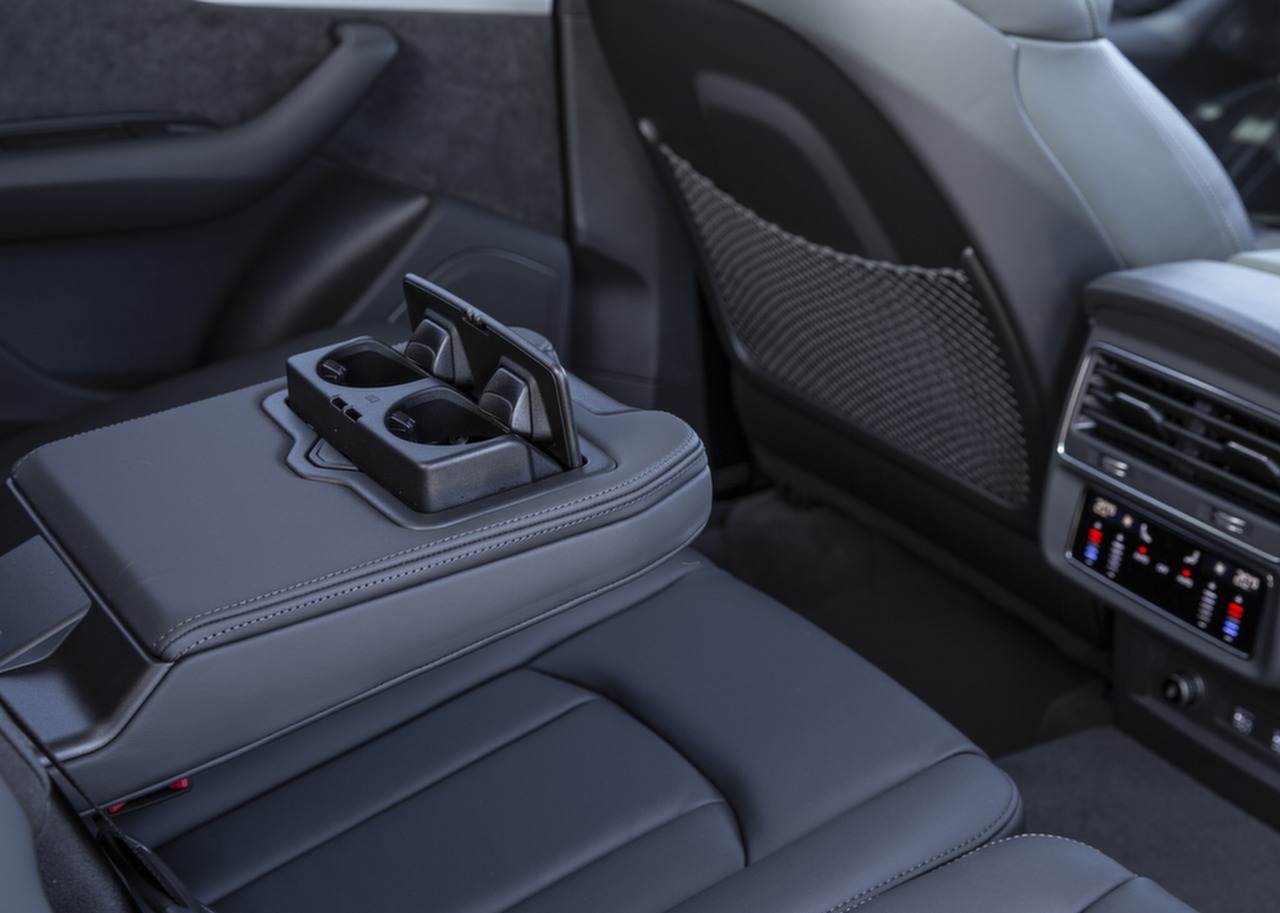 The revised Q7 option this includes stuff like ambient, lighting, false own climate control and air-conditioned seats. That send a cool breeze up your bottom on a hot day and to help cover up any sweaty smells. You can actually get the car with a fragrancing and ionizer PAC which between you and me is merely just an air freshener. 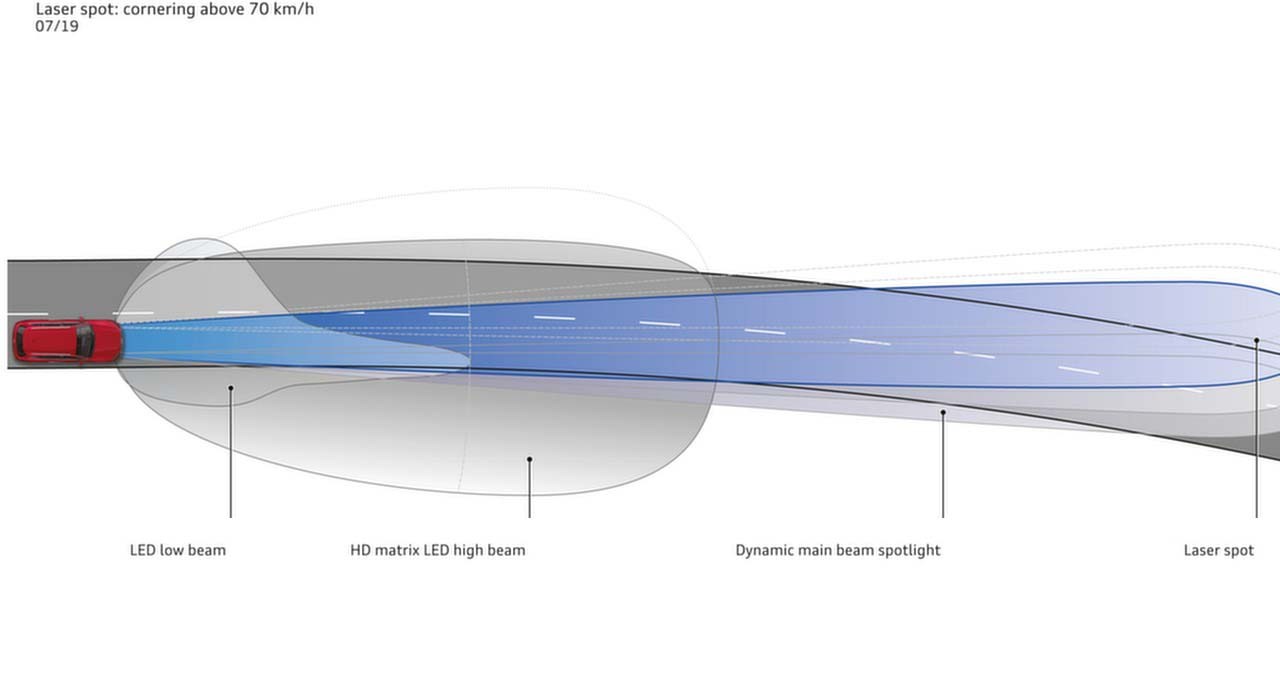 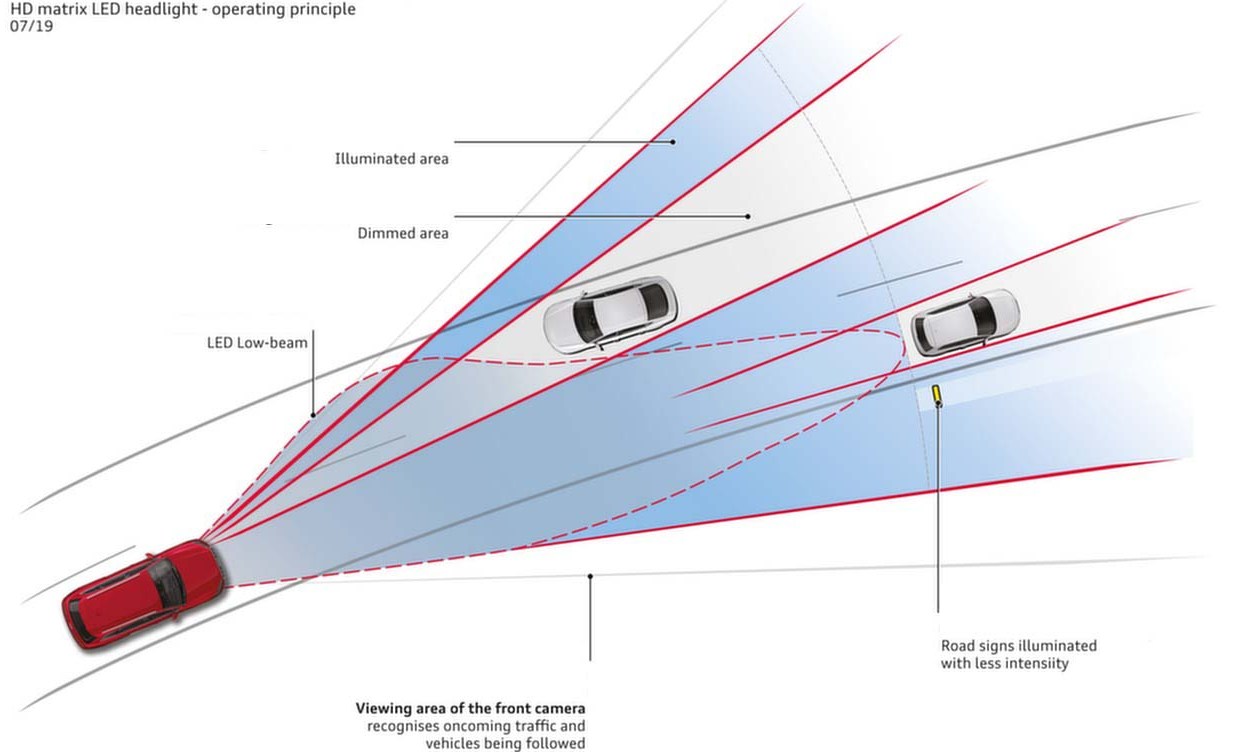 If you’re feeling particularly flash you can have your Q7 fitted with optional LEDs that perform a core sequence dance when you lock and unlock the car. This is a great way to let people know you’ve got an expensive SUV even when it’s dark. 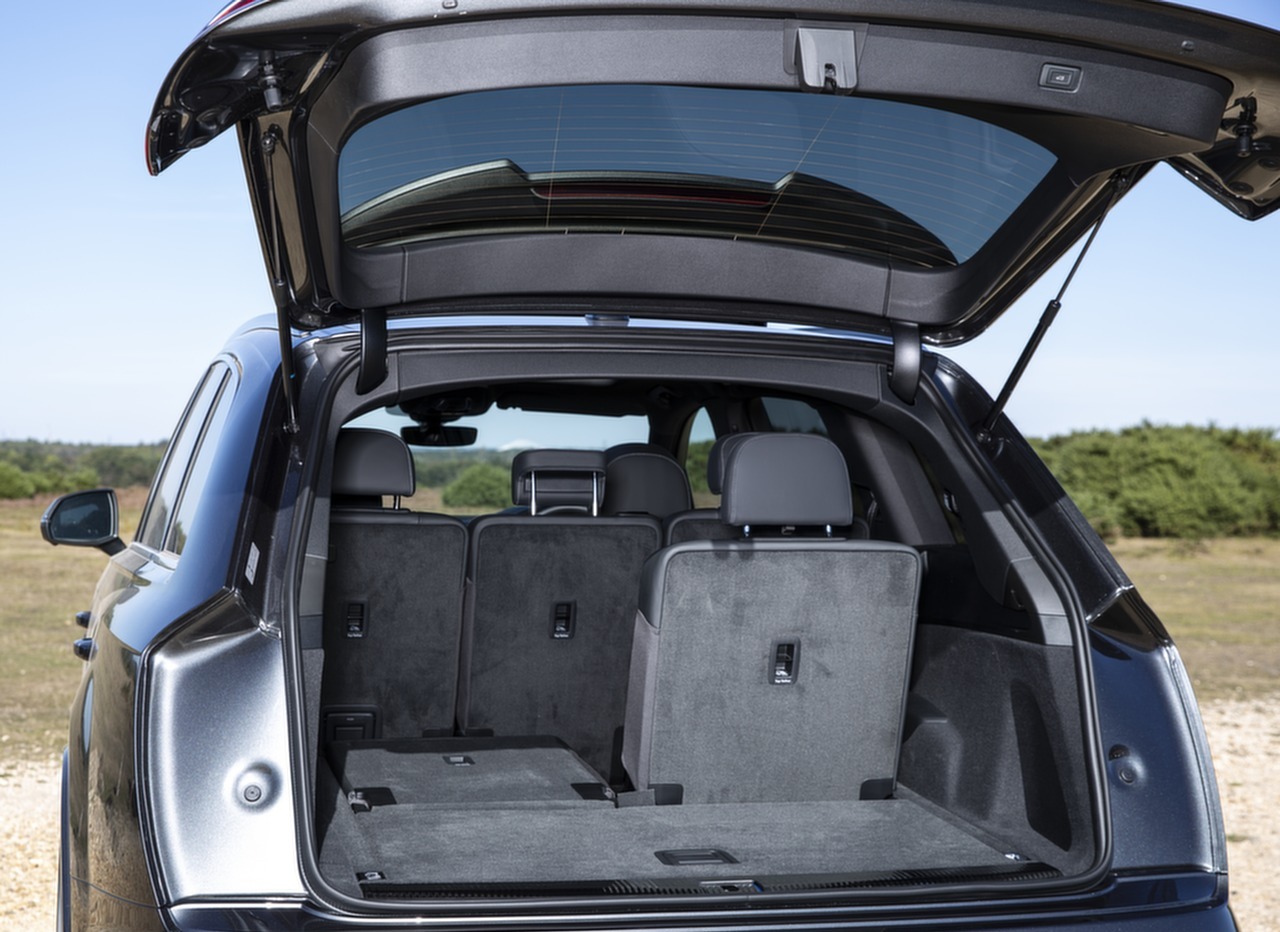 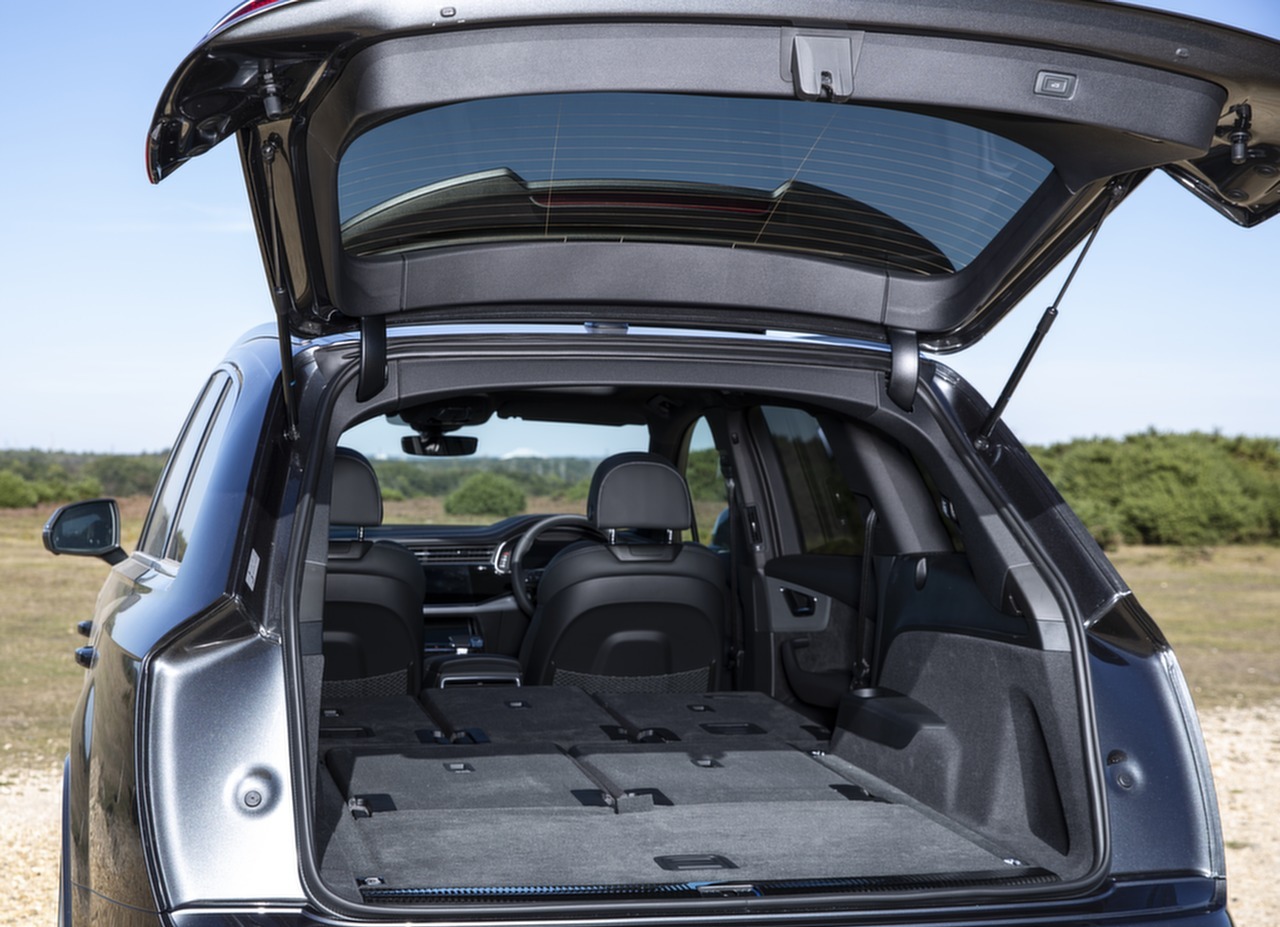