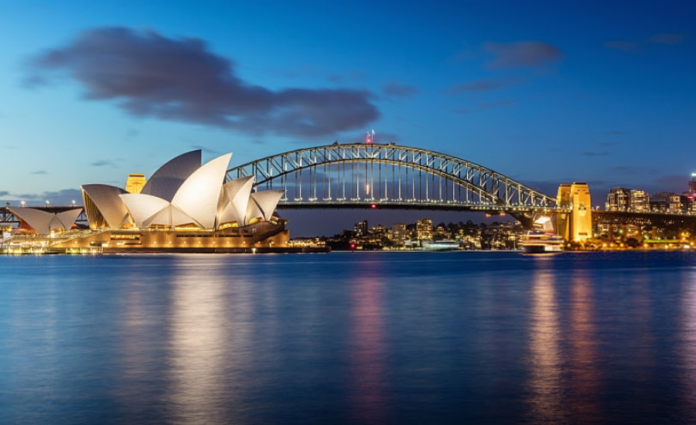 Australian cities offer a vibrant array of different lifestyle options with immaculate beaches and natural paradises. Never too far away from the thriving art scene of Melbourne to the high-flying corporate culture of Sydney. There’s always a place to call home with this in mind. We’ve put together a guide to some of the best places to live in Australia to help you make an informed decision.

The Cairns population is only 150 mm. It is well known for being the Gateway to the Great Barrier Reef, tropical weather, a relaxed lifestyle and coastal living are what draws visitors who come for a holiday and stay for a lifetime. Cairns isn’t as cheap as it once was. But it is another great escape from the crushing cost of living in Australia’s major capital cities. Cairns also has a good mix of public and private schools. James Cook University is one of the most renowned marine science institutions in the world. Another positive to add to the Cairns lifestyle is that it is very bike-friendly. Cairns is completely flat and has bike lanes so that the ride to any location is made safe

Gold Coast home to some of the most beautiful beaches in Australia. It’s no wonder the Gold Coast is one of the most popular holiday destinations in the world. It’s a vibrant and young atmosphere along with the sunny climate. And the quality of life makes it a top destination for experts. Gold Coast is surrounded by rural areas, mountains and you can also admire a few national parks. Gold Coast is also home to dozens of public and private schools. Many built relatively recently to cater to the booming population housing campuses of four Australian universities. Gold Coast has around 30,000 University students and is probably the best Australian city for partying and enjoying a thriving nightlife.

It offers all the cosmopolitan benefits of being in a modern vibrant city. While exuding the relaxed and friendly ambiance of a larger country town. Home to a wide range of political and government institutions including the Australian Parliament. The ACT offers a wide range of job opportunities and great salaries that would easily rival those of its much larger neighbors. The ACT is an affordable study destination with a high standard of living but lower costs than Sydney or Melbourne. Students should allow at least 13 thousand dollars per year to cover accommodations for food and additional expenses.

As the capital of the island state of Tasmania Hobart is a decidedly different city far removed from the mainland. It offers immense natural beauty and a quieter low-stress lifestyle. Despite a recent boom in the property market. Tasmania remains the most affordable state in Australia to buy a house. Housing is cheaper in Hobart than most mainland cities unlike many of the northern cities. Hobart has four distinct seasons and a cooler climate.

Wollongong is a vibrant multicultural city situated on one of Australia’s most
picturesque coastlines regarded as Australia’s most livable regional city. Wollongong combines a relaxed coastal atmosphere with cosmopolitan dining shopping and culture. The city is an educational hub in the region and is home to the University of Wollongong. As well as many other colleges and schools. Furthermore, the city enjoys a very reasonable cost of living. This means you can focus your efforts on your studies, not your finances. The cost of living in Wollongong is lower than in many other cities in Australia including Sydney and Melbourne.

Related:  15 Interesting Facts About Cuba That's will Amaze You

Brisbane welcoming around 50,000 international students each year. It is the third most populous city in Australia. Brisbane is also called a new world city and in addition to foreign students. The city counts many tourists so overall you will feel a truly multicultural environment. Local universities charge low tuition fees and you can choose from over 9000-degree courses offered at bachelor-master and Ph.D. levels. Brisbane residents are an active Bunch and love to enjoy their beautiful river. Whether they’re jogging alongside it or sailing on it away from the thriving urban heart of Brisbane. You’ll find relaxed suburbs and beautiful landscapes.

Perth is Australia’s most isolated cities of its size. It is an easygoing but cosmopolitan city on Australia’s west coast with gorgeous city parks. A booming economy and warm weather all year round life in Perth are sweet. The job outlook is particularly good in the mining industries, tourism, healthcare, and Technology. In Perth, student life is more concentrated around campus activities. Since universities are placed at a significant distance from the city center. As far as affordability goes Perth is cheaper for students than Sydney, Darwin, and Melbourne.

Adelaide is growing in popularity. Thanks to its friendly country fields, pleasant climate, spectacular scenery, and affordable real estate. Job opportunities are good with Adelaide recruiting a minimum of five thousand skilled migrants a year. Especially in the fields of health care education and manufacturing. For students, Adelaide has the added bonus of being the third-cheapest university city in Australia. Adelaide is one of Australia’s greatest
places to study abroad. If you want to combine outstanding study opportunities with plenty of sporting activities like hiking, cycling, trekking, and climbing. A laid-back lifestyle mild weather and a well cost of living make Adelaide a great place to live.

Related:  10 Best Places To Visit In The European Mountain

Sydney is certainly not the cheapest place to live in Australia. But it’s an exciting city that certainly never sleeps with its envy able nightlife, glistening beaches and an endless list of job opportunities across a gamut of industries. Sydney is where you can make your mark on the world. More than 50 thousand international students come to Sydney each year. And among their top reasons are the high quality of life. And the fact that Sydney always has high scores in terms of employability. When you need an urban escape endless adventures to await from walking in the Blue Mountains to sipping wine in the Hunter Valley or chilling out on the northern beaches.

Melbourne is the top cultural center of Australia. And it’s also ranked on the list of the most livable cities in the world that have a diverse economy. Many of Australia’s largest corporations are headquartered in Melbourne. The cost of living is relatively high although slightly cheaper than Sydney. And the employment market is quite good especially for experts who specialize in aviation, construction, automotive, engineering, financial services, and technology. In Melbourne, you can complement your studies with several leisure activities. Such as attending live music events and numerous venues seeing a comedy show or a sporting event.