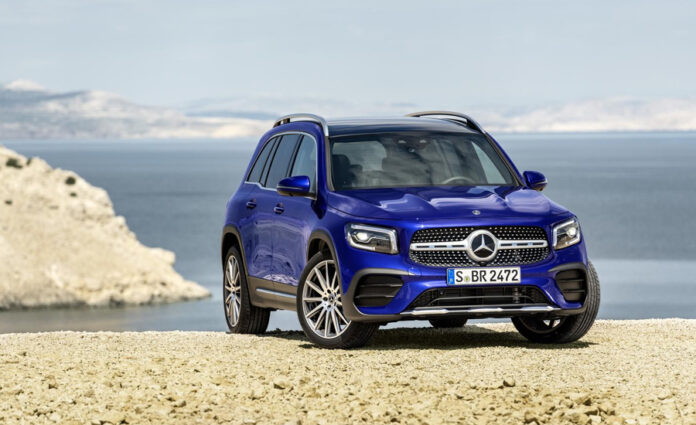 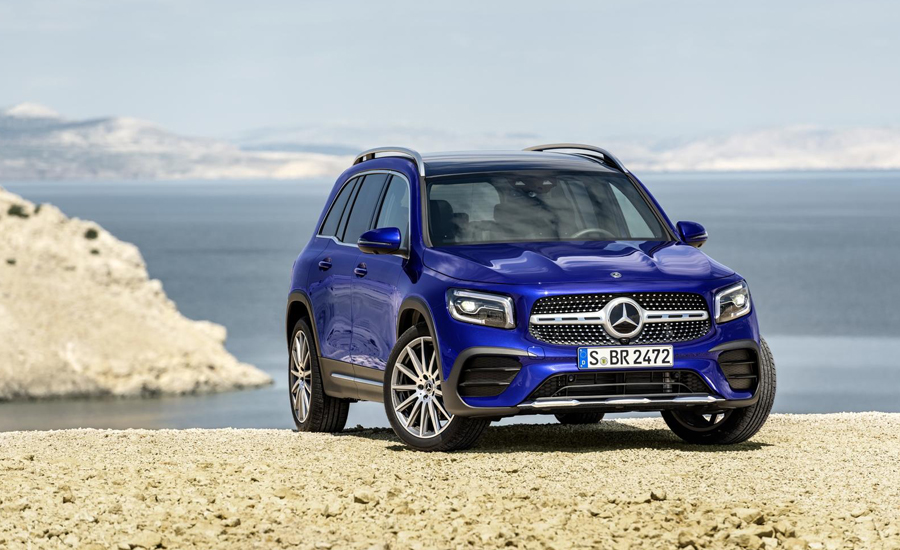 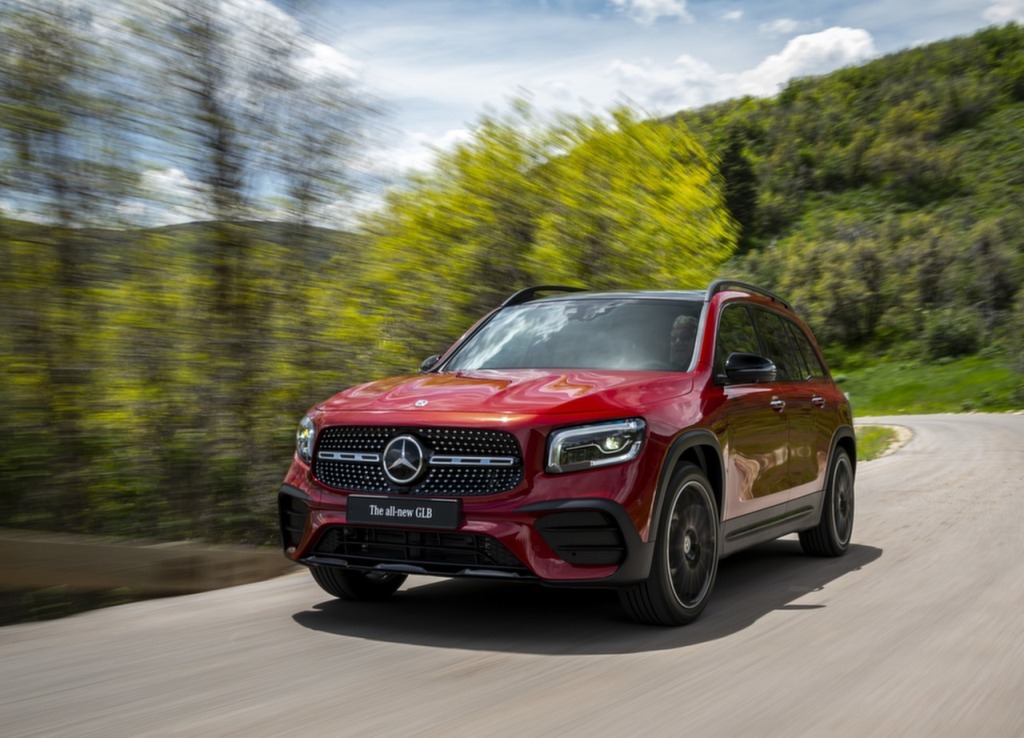 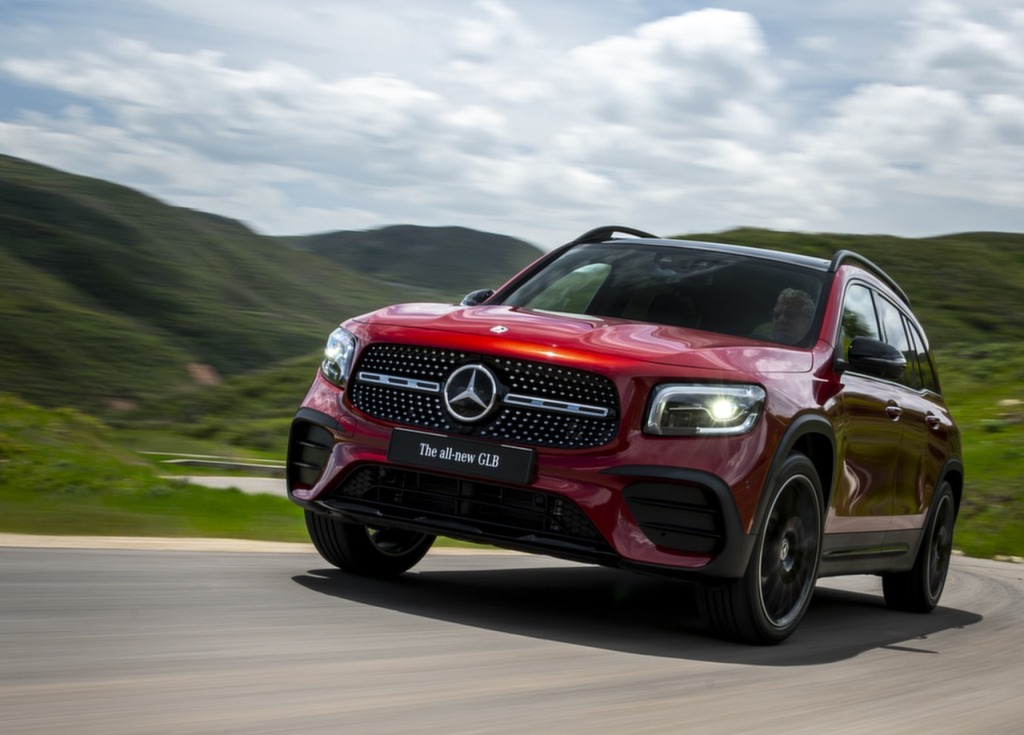 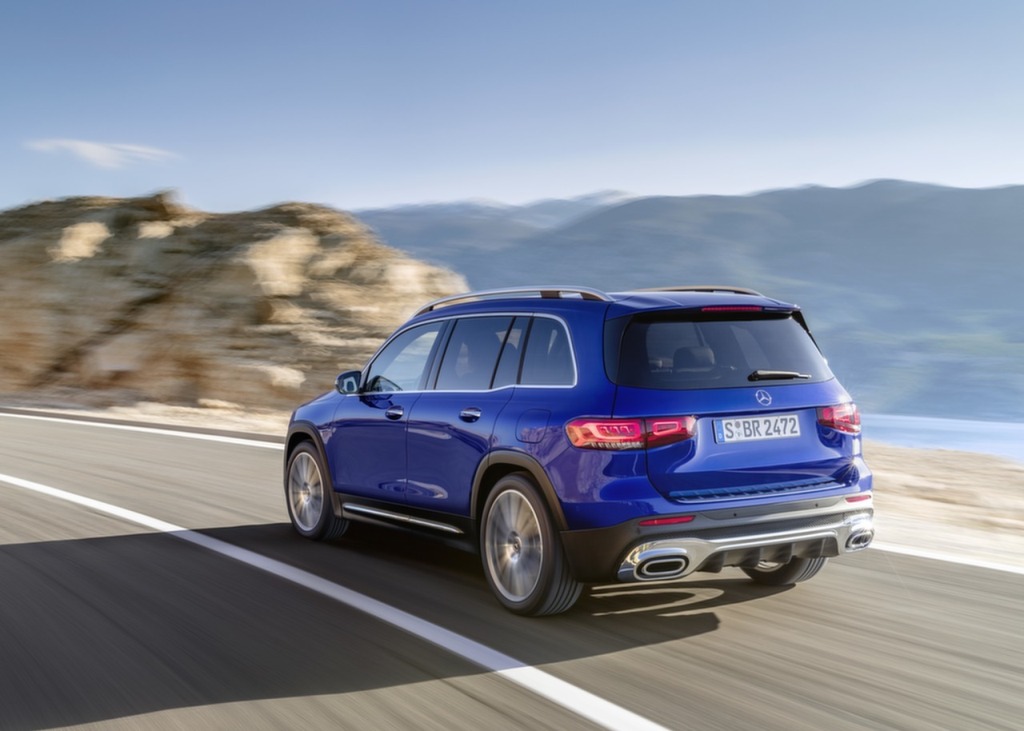 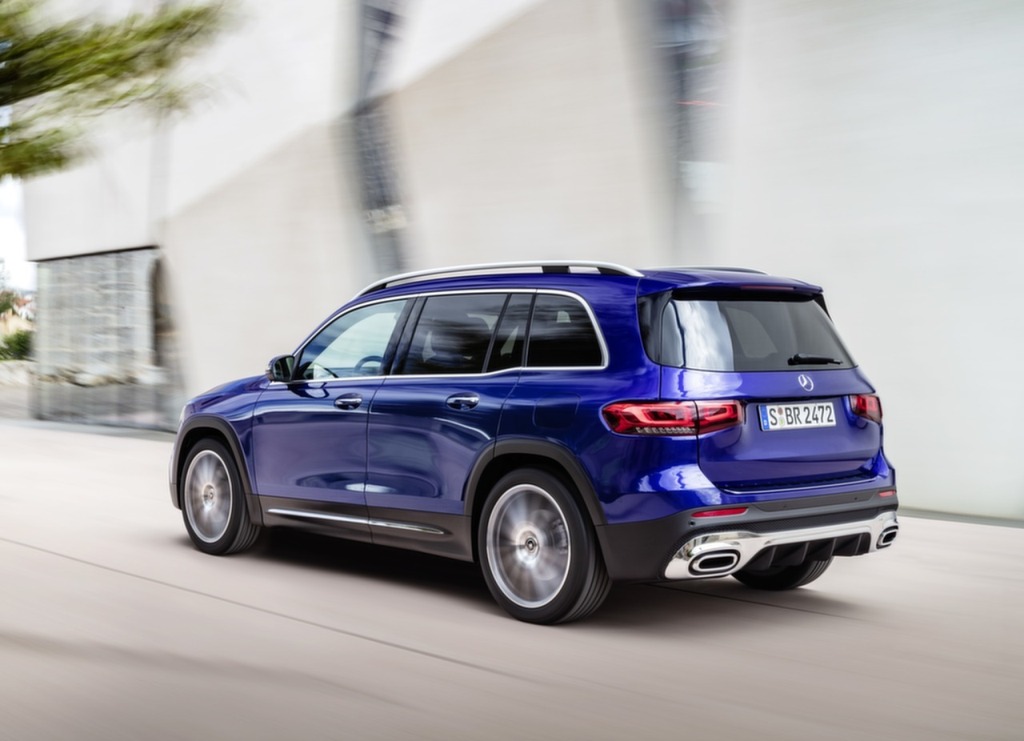 Like many new small SUVs that are designed to look sleek and sporty. It’s sort of like a mini g wagon although up close you’ll notice the GLB has curved sides in places. A flat bodywork of its colossal big brother. 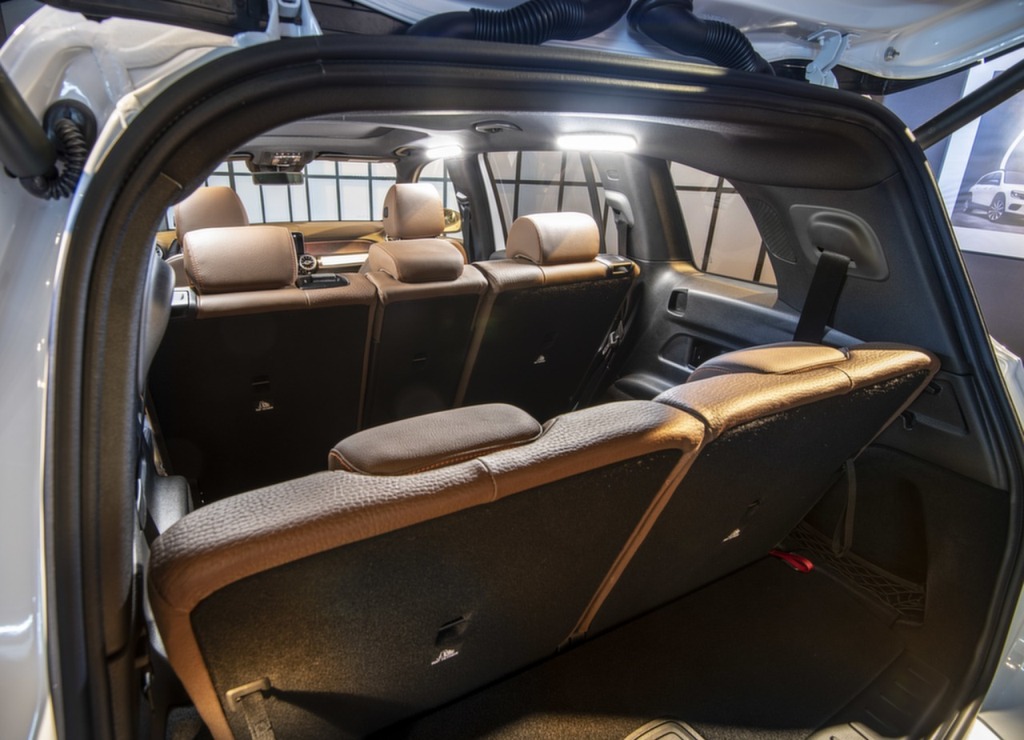 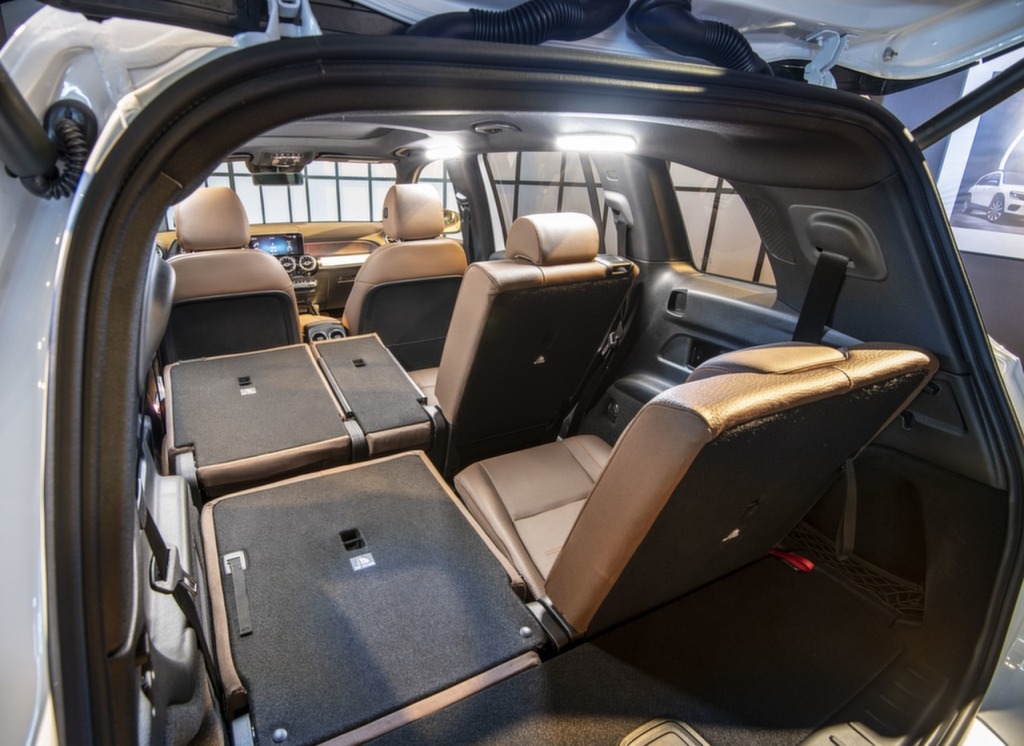 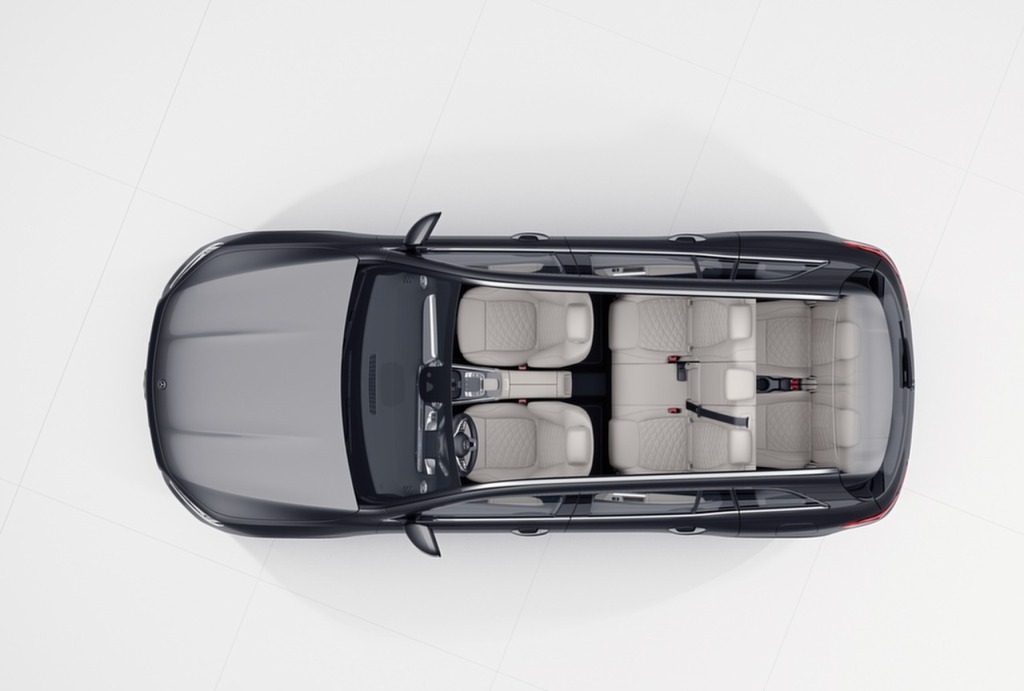 The Mercedes GLB might be based on the A-class but it’s a lot more practical. Thanks to a wheelbase that’s 130 millimeters longer giving noticeably more rear legroom. As standard backseat passengers can recline their seats for more comfort on longer journeys. You can actually pay extra to have back seats that slide forward and backward. So you can choose between more rear legroom or a bigger boot. The GLB has a 560-liter boot that increases to 1755 liters with the rear seats folded away. 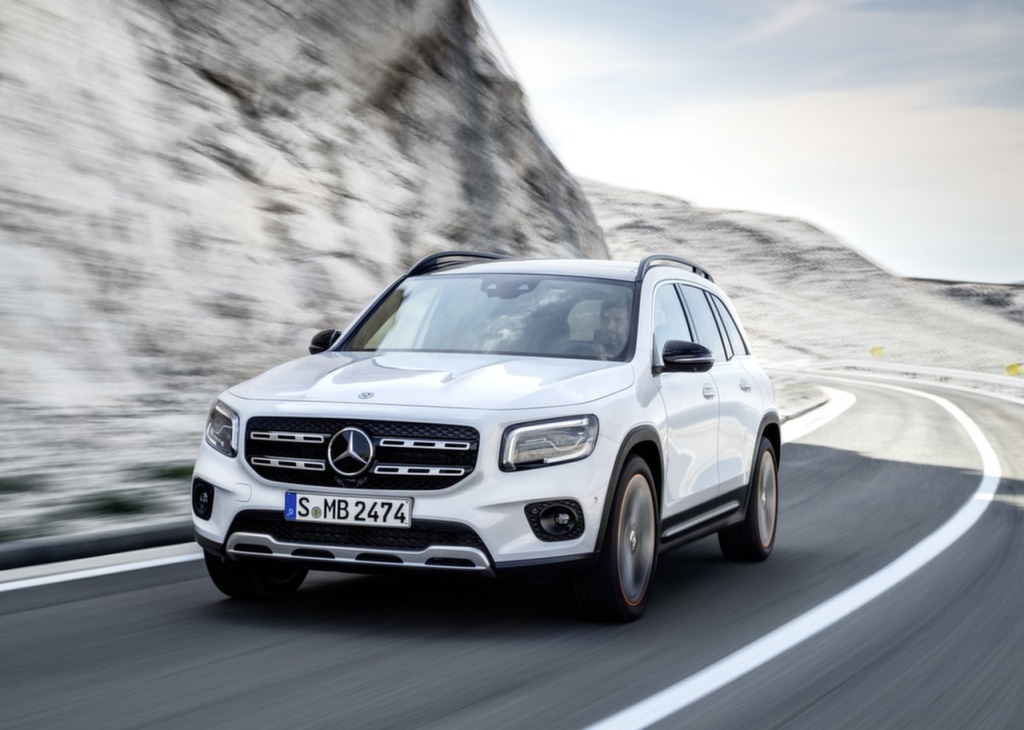 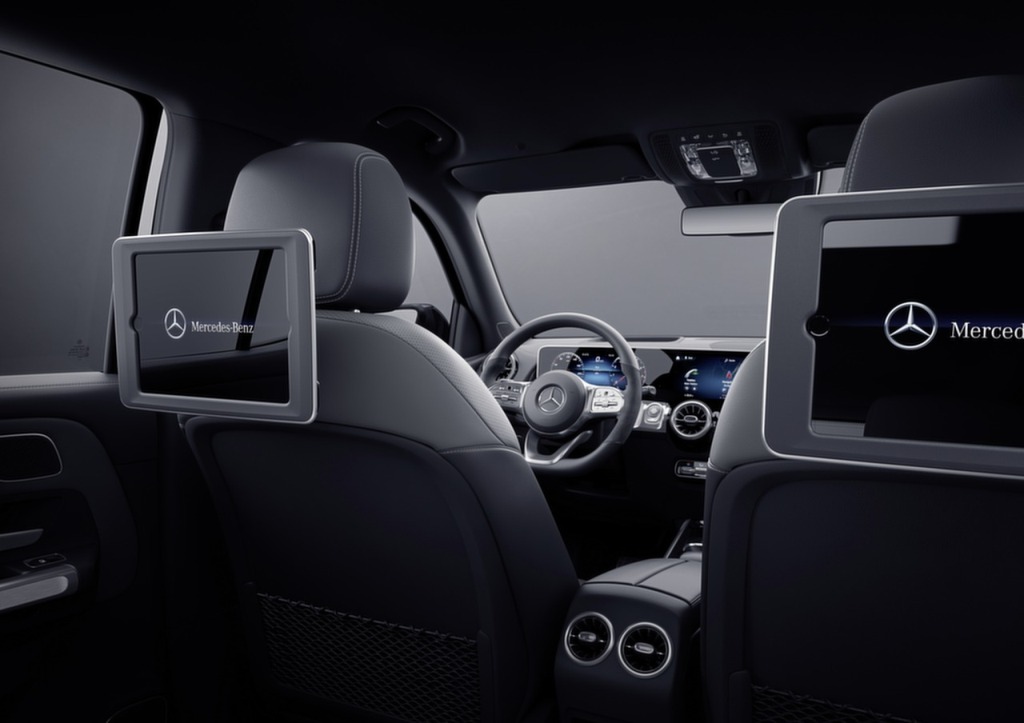 The new Mercedes GLB sits between the old GLA and the GLC in the Mercedes SUV range. The German firm has yet to confirm a price you can expect it to cost a little bit less than 40,000 pounds when it goes on sale this autumn. A top of the range 7 seater model with a 220 diesel engine and a few options will easily cost more than 50,000 pounds. 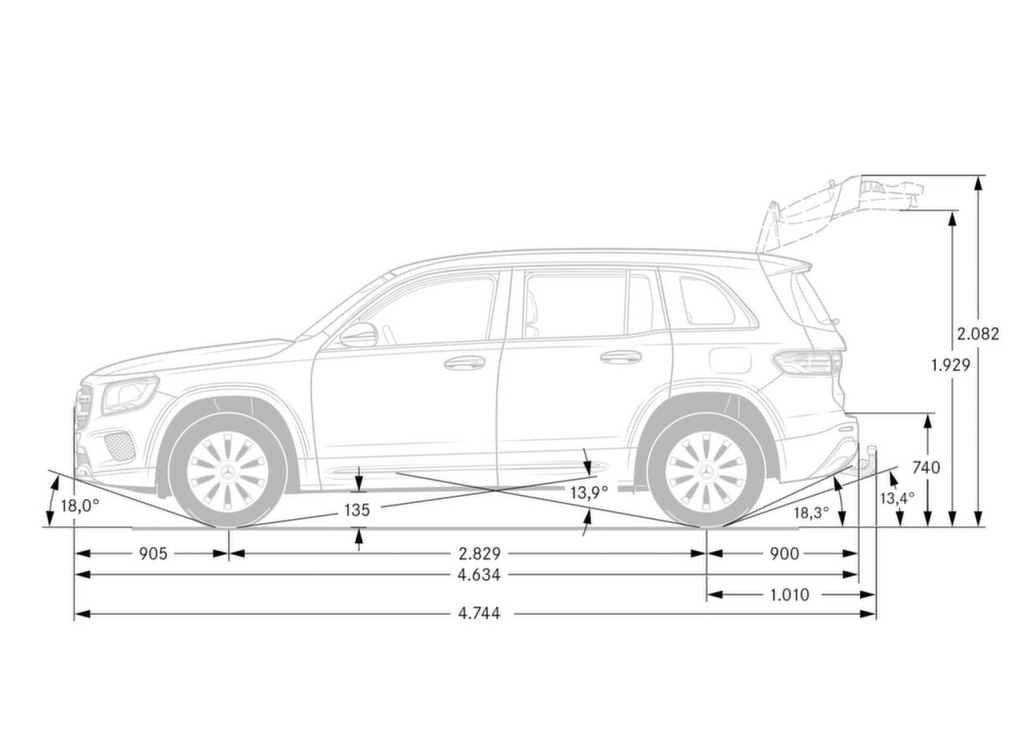 If you wonder why Mercedes has bothered to squeeze another SUV in between the GLA and GLC. The simple answer is sales one in three Mercedes cars sold is an SUV and a quarter. The company sells are compact models meaning the GLB being a compact SUV should fly off the shelves quicker than alcopops in a Student Union.

Related:  Skoda Scala: Top 10 Things You Need to Know About 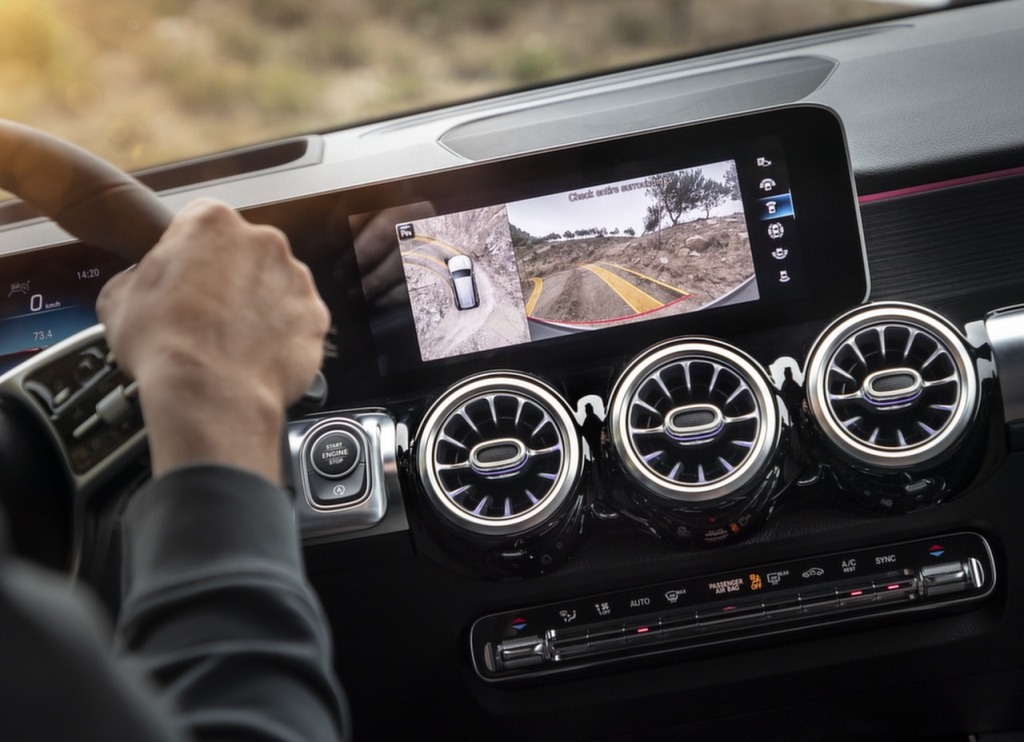 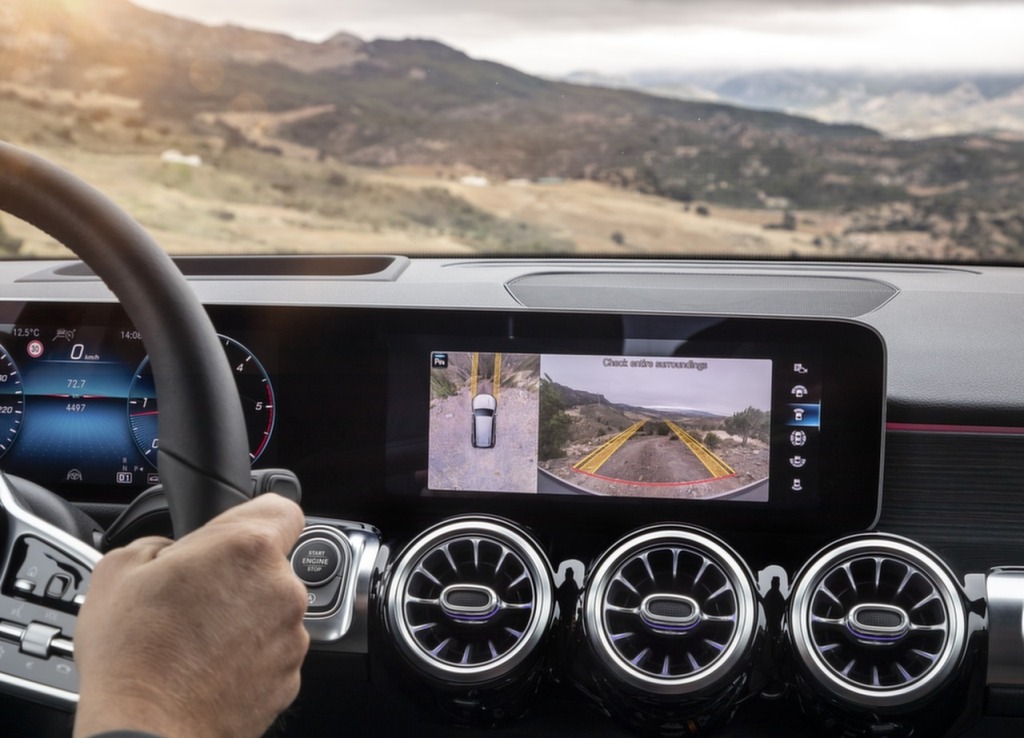 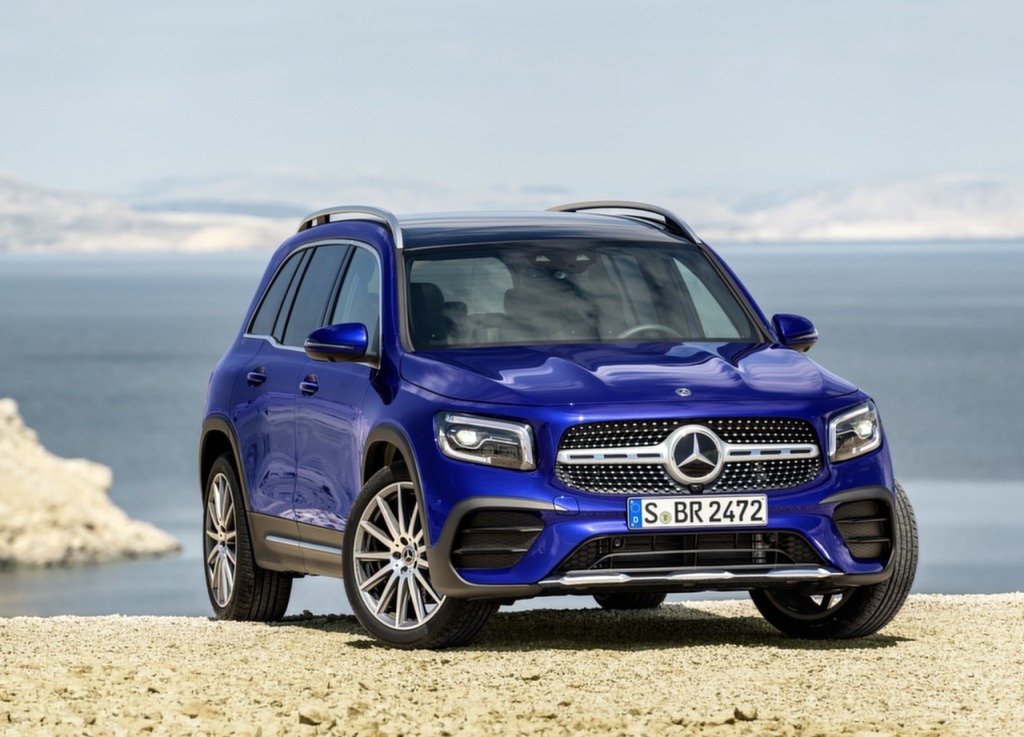 Short front and rear overhangs merely can tackle seriously steep inclines. Plus it comes with the option to add a permanent four-wheel drive. With an off-road mode that splits power equally between the front and rear wheels. Specified the off-road engineering package. You get called ascent control that will creep the car down steep hills and a few extra readouts on the entertainment screen including an Inclinometer. 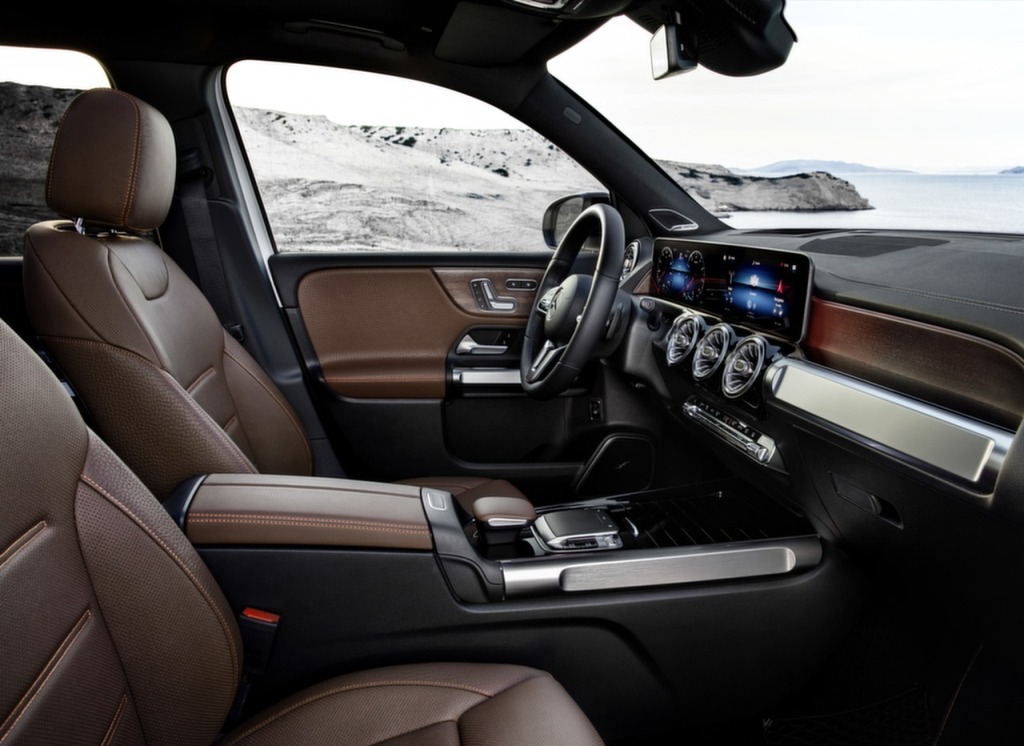 One thing that’s guaranteed to get you more excited than a plain old SUV is an SUV with seven seats. That’s why a third-row is optional in the GLB according to Mercedes. The two extra seats will comfortably fit people up to 5 foot 5 inches tall. Passengers in the third row get seatbelt, pre-tensioners and side airbags. Both rearmost seats also have ISOFIX anchor points. You even get a couple of storage spaces in the very back complete with cupholders and USB ports. 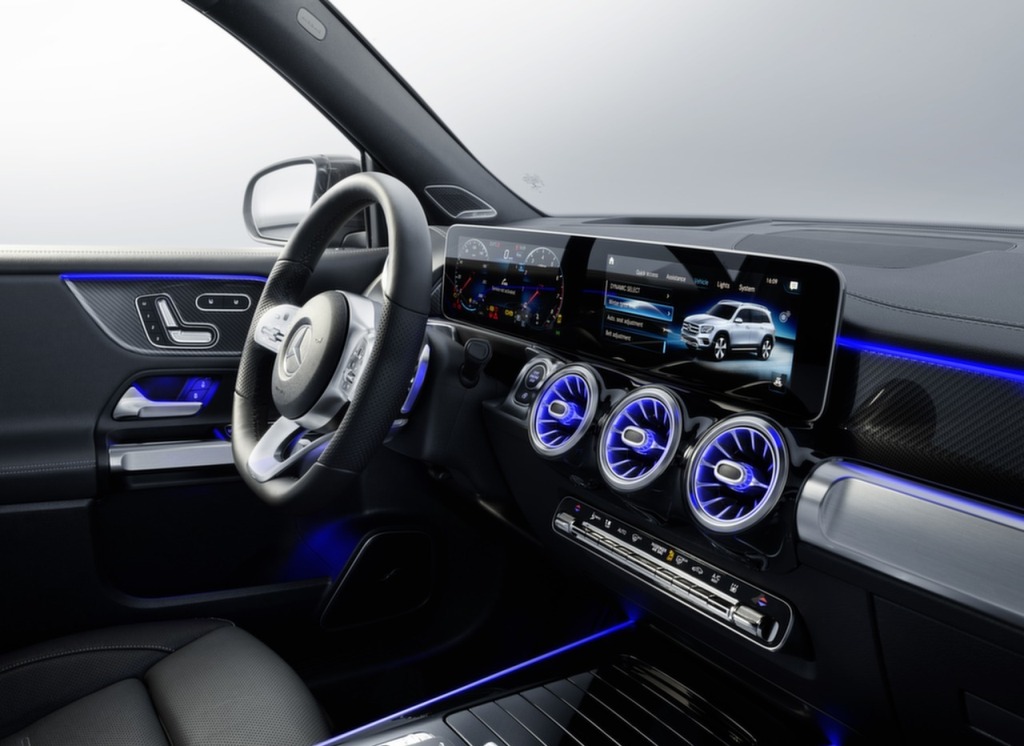 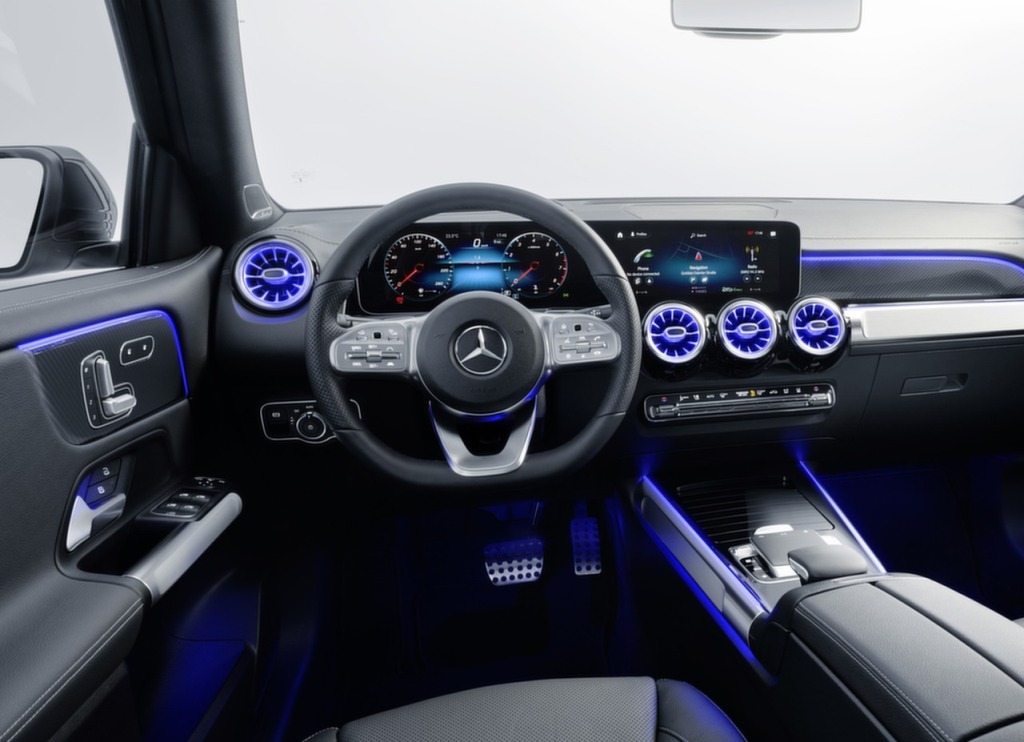 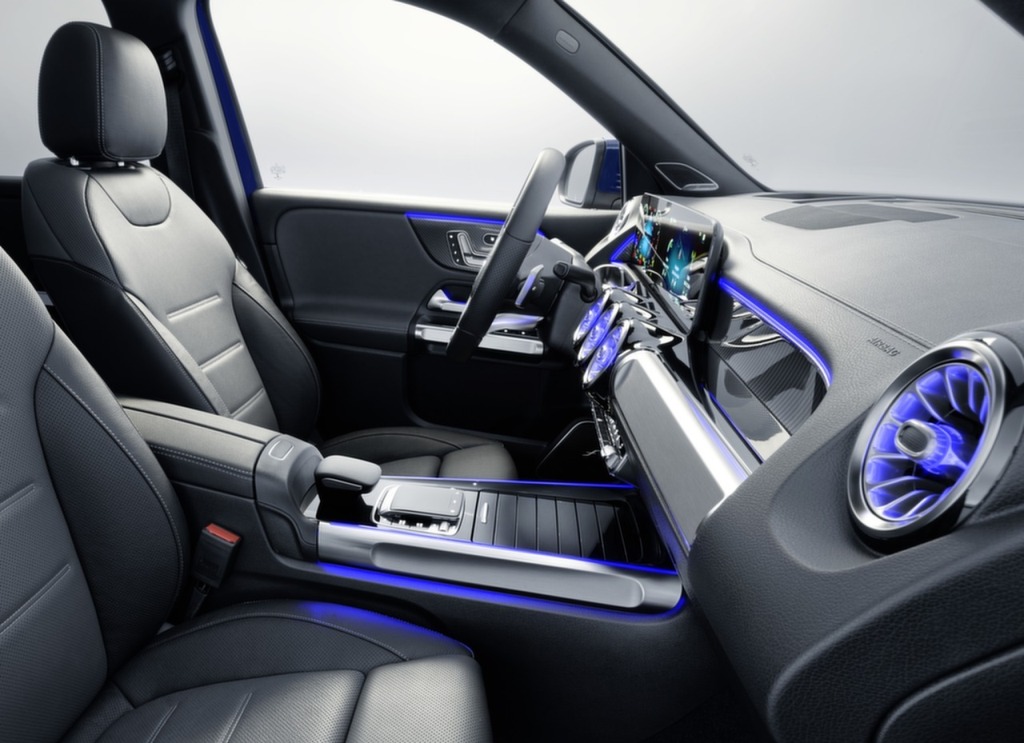 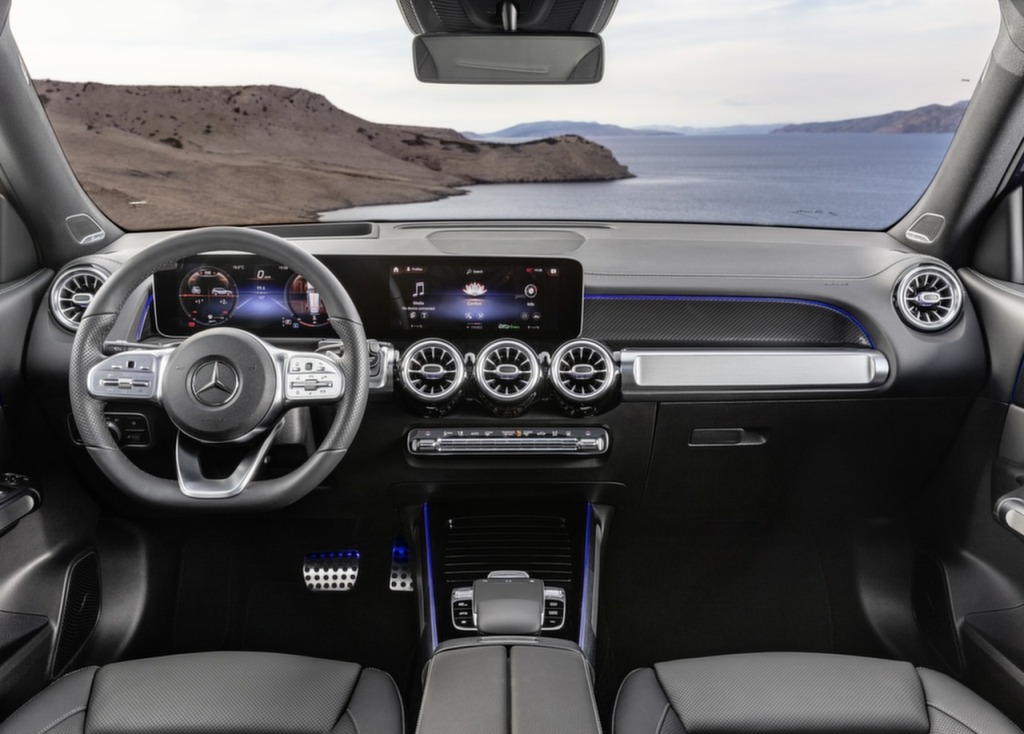 The GLB basic interior design is based on what you’ll find in Class B and CLA. As a result, the GLB gets Mercedes’s voice activation system plus box into life when you say hey Mercedes. The company’s ultra call augmented reality satellite navigation system that superimposes graphical directions over a live camera. The cabin has been given a rugged twist with a more upright dashboard complete with unique tubular aluminum-look trim pieces and horizontal grab handles on the insides of the doors. 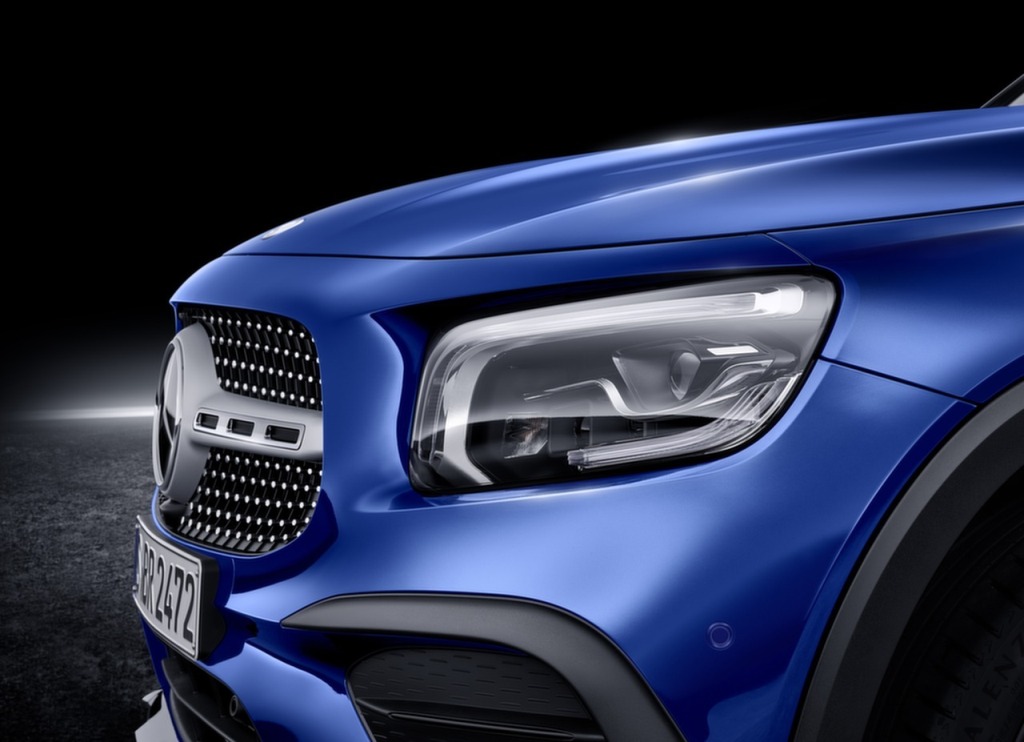 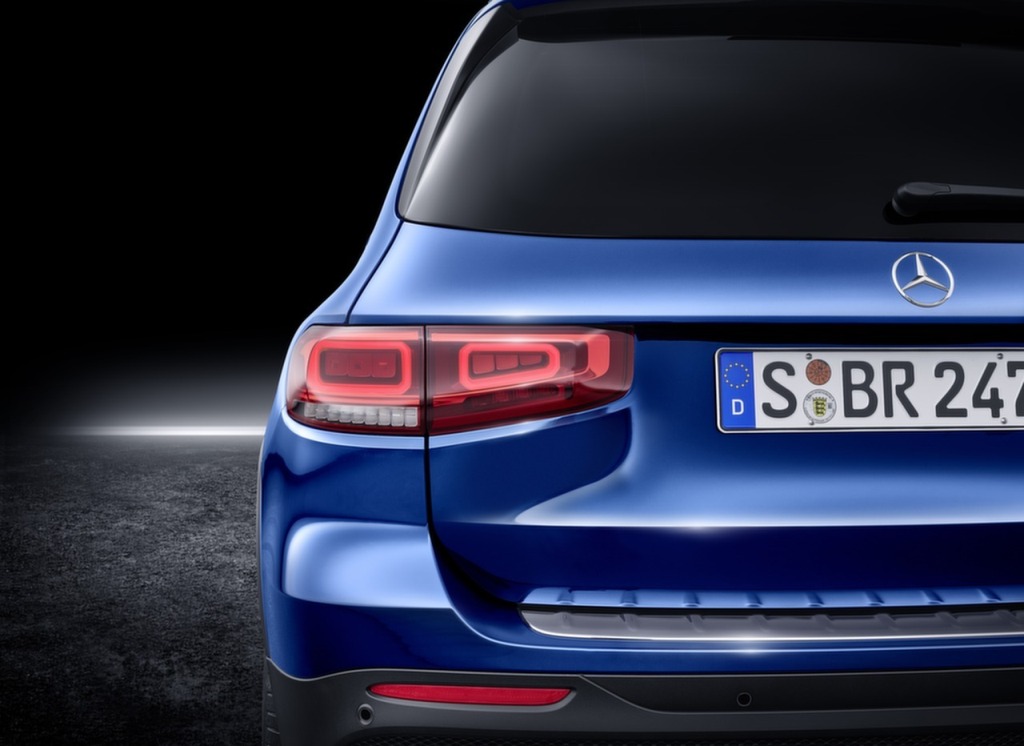 If like most people you’re unlikely to ever take your 40 grands worth of SUV off-road the chances are you’ll never take it off-road in the dark. That hasn’t stopped Mercedes from covering that base. Just in case its off-road light function comes in combination with Mercedes multi-beam matrix LED headlights. Sticks the turning lights on permanently at speeds of up to 30 miles an hour. Thereby giving you a wide bright light immediately in front of the car to make it easier to negotiate tricky terrain. 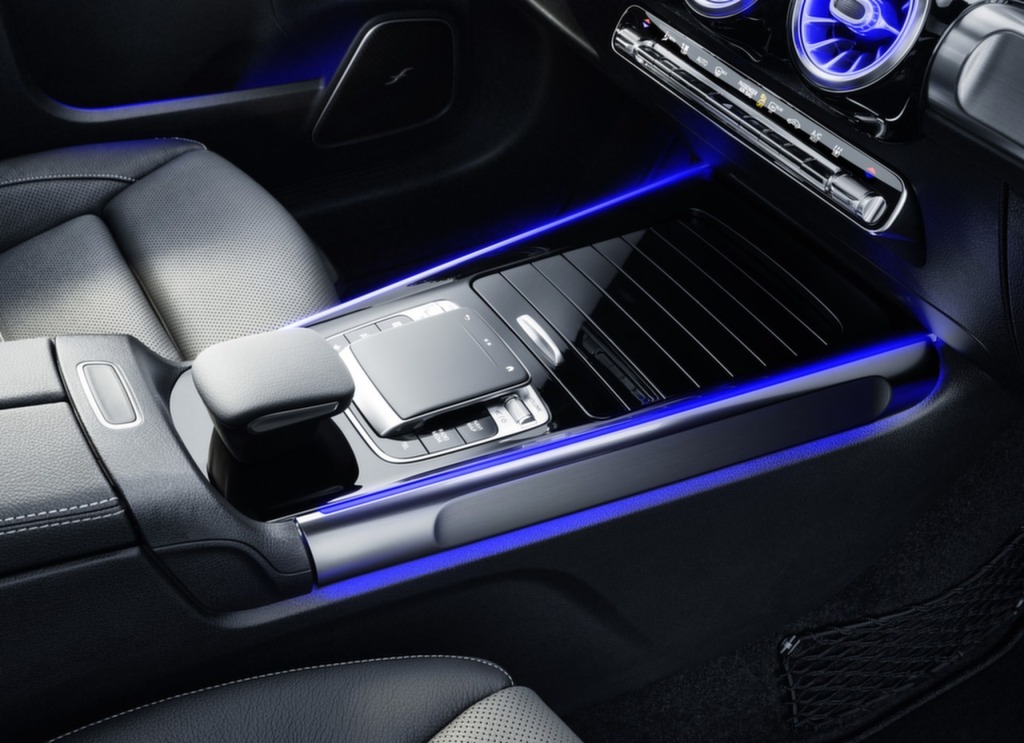 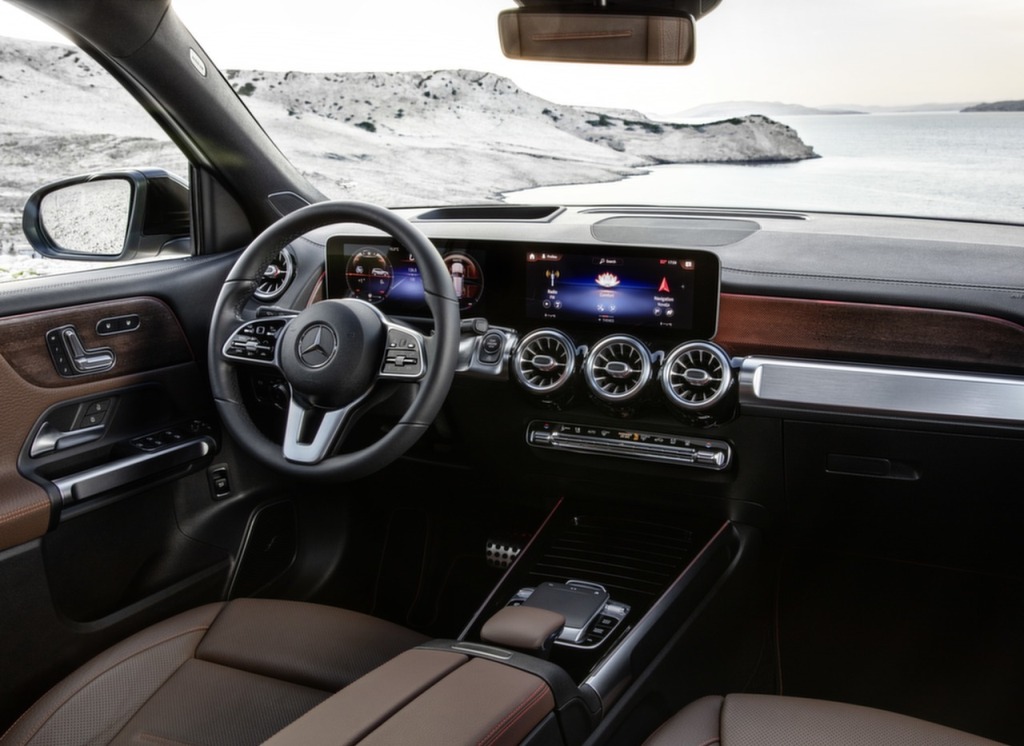 You can drive the GLB off-road, it can if needed partially drive itself on road well so long. As you pay a little bit extra money you see the optional active cruise control. Steering assist enables the car to accelerate brake and steer itself on the motorway in heavy traffic. It can even slow itself four corners before returning to pre-selected cruising speed when the road straightens out. 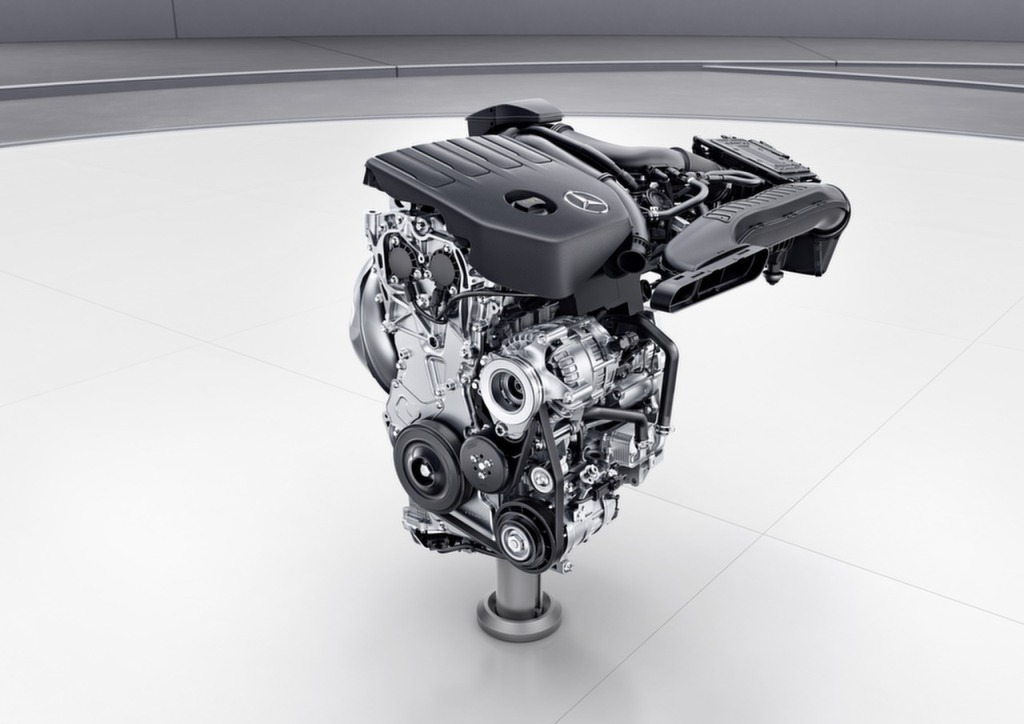 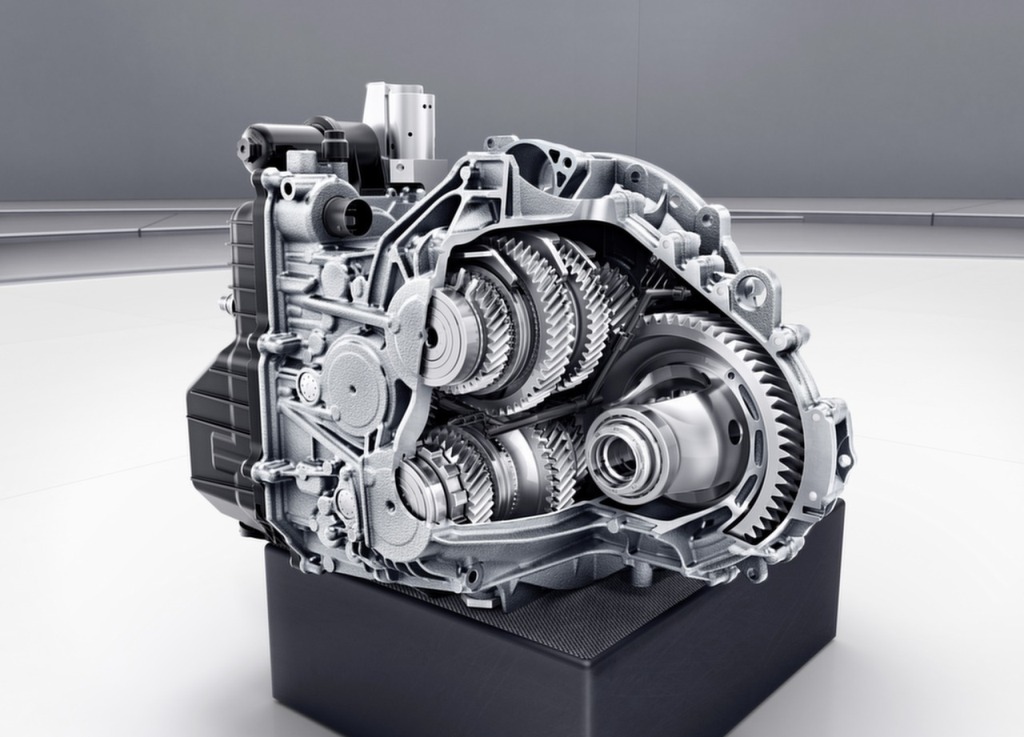 The GLB is available with two petrol and two diesel engines. The petrol range only comes with a two-wheel drive and includes a 106 III horse-powered GLB 200. The 224 horsepower GLB 250, 150 horsepower 200D diesel. Meanwhile comes with or without a four-wheel-drive while the 220 d is full wheel drive only. All cars get an automatic gearbox as standard. Therefor some reason the JLB 200 hits 7 speeds while the rest of the reins gets a superior 8-speed gearbox then a wide just does.