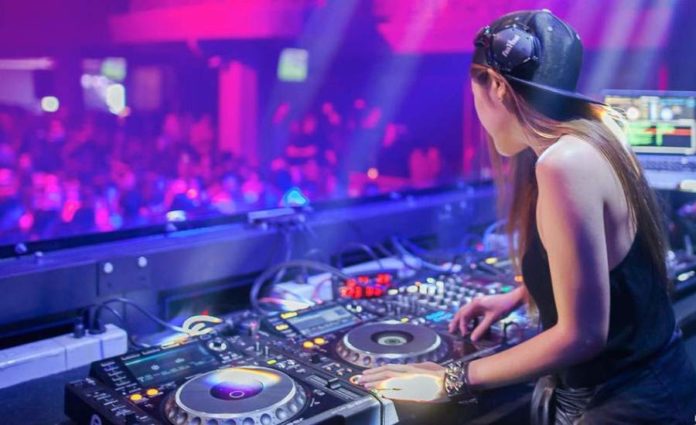 If you’re not sure what nightlife is it’s a form of entertainment that will begin early to late evening and run until the early morning hours. Sometimes nightlife might include theater, movies concerts, parties, and nightclubs. These are just a few of the things that nightlife might include. People use nightlife as a way to shrug off the burden of a job and sometimes the responsibility of being an adult. We’re going to take a more in-depth look at the top hotspots in the world for the best nightlife and what makes them thrive. 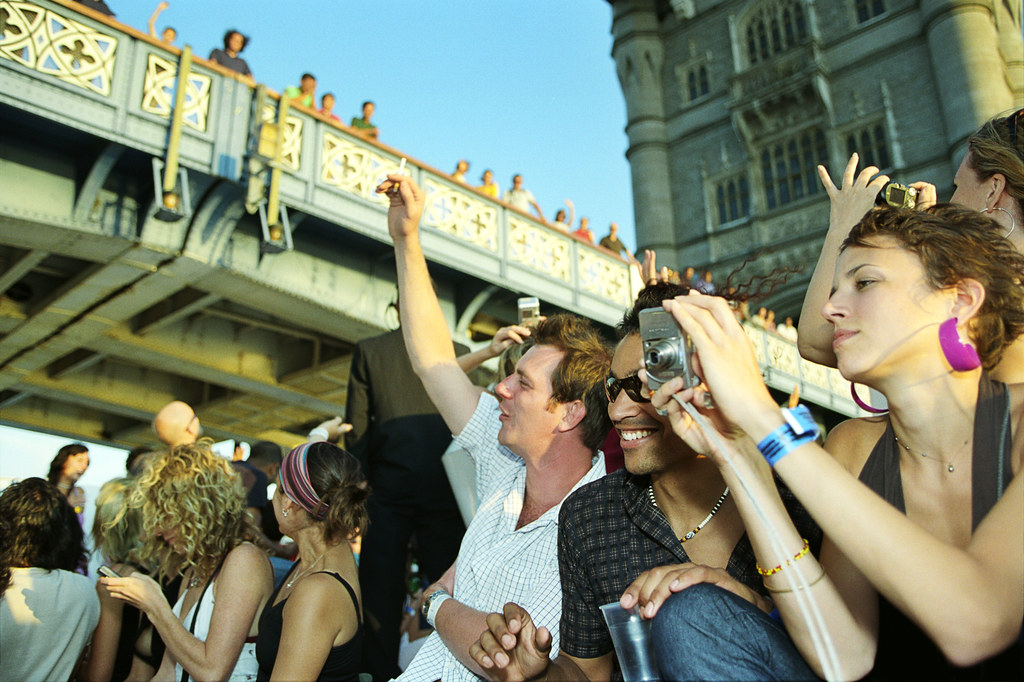 London has become famous over the last century for its rollicking nightlife. However, it’s not just the clubs that have garnered the attention of those seeking to unwind. London hosts a staggering 337 nightclubs and astonishing 2143 bars. Some bars are on street level but then some get adventurous and allow the party to be taken high above the city onto rooftops. You can listen to jazz or dance the night away each club is unique. The nightclubs range from simple little pubs to over the top clubs that can hold hundreds of people.

There are lower costing clubs and then there are ones that only top executives and their guests can afford to visit. London also hosts to over 20 theaters and that number doesn’t include the 30 different movie theatres. There is a little bit of everything for everyone in London. Some people choose to make a simple movie while others go to the Opera or ballet across the board is active with the nightlife. 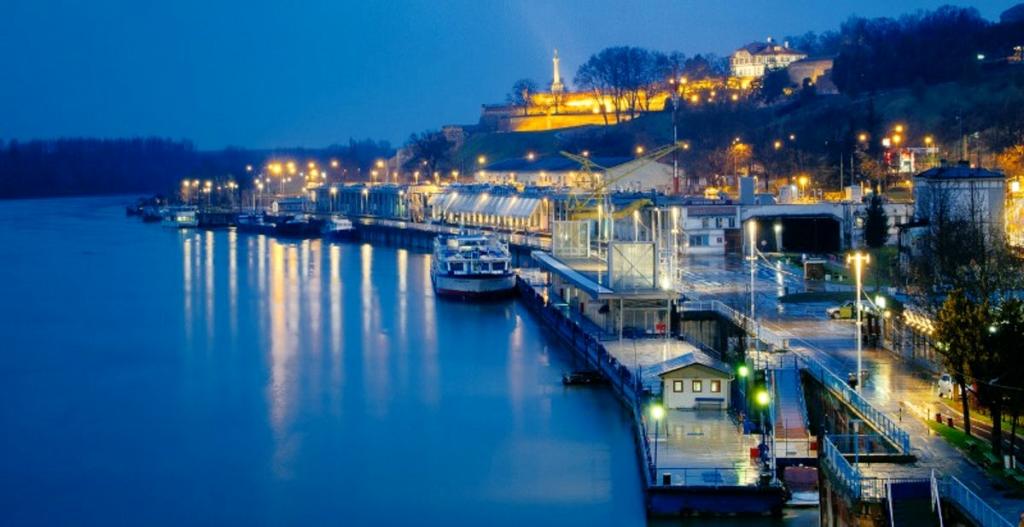 This certainly isn’t the typical city that comes to mind when you think of nightlife. The city has a wide array of nightlife just beckoning to people. However, it is a city that many people travel to for a unique nightlife experience. The locations of the nightlife might not be what you’d expect why is that well. Belgrade is known for its parties in the most unusual places and many of these parties are 24-hour events. What kind of unusual places are we talking about? Well, one of the hottest places to be to soak in the nightlife is Belgrade KST.

KST is a club located in the basement of the University of Belgrade Faculty of Electrical Engineering. If the throbbing music and KST aren’t for you then many travelers and locals opt to take in something a little more calming and mellow. There are a plethora of clubs that have smooth jazz allowing people to sip their favorite wines and visit with old friends or a chance to make new ones. Jazz Basta is a jazz club in a building from 1870 allowing its patrons to enjoy a piece of history as well as good music and good company. 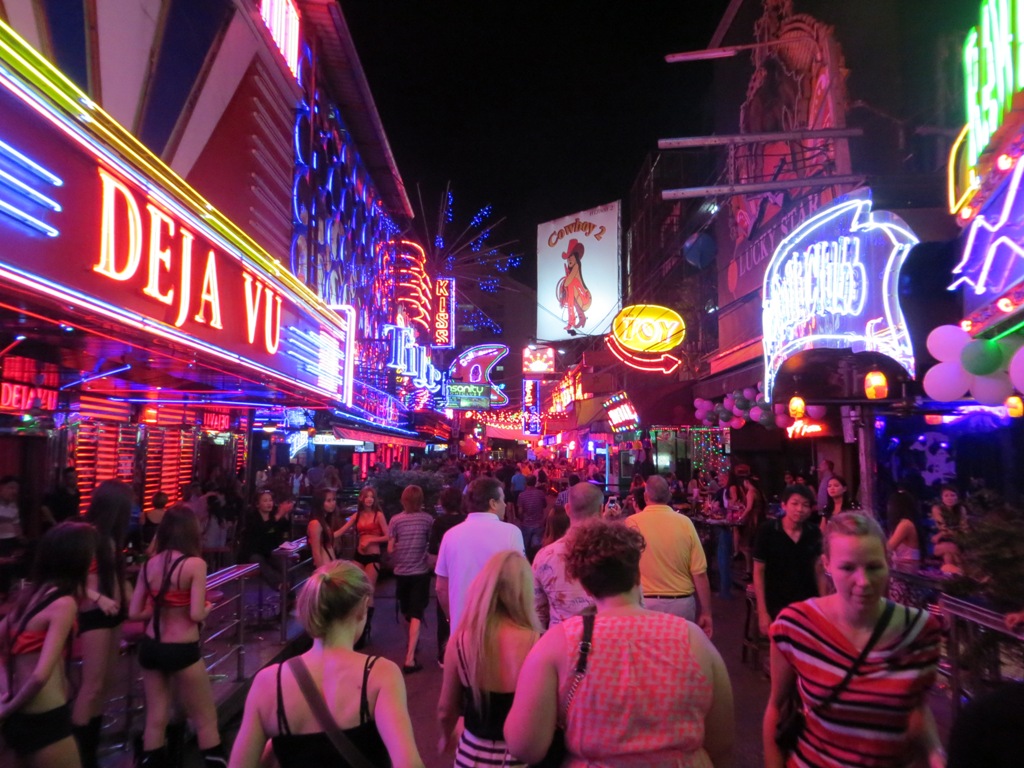 Nothing is more exciting than exotic Bangkok. Thailand is a vast city that boasts everything from shopping to the beautiful scenery. Bangkok is a city that always is bustling with tourists people rushing to and from work and much more. The club scene in this brightly lit city is something to truly behold. The district housing the club scene is lit up with bright neon lights beckoning partygoers to have a good time all around you. You’ll see scantily clad residents of the city as well as tourists looking for the best time. There are clubs that are modern and then there are ones that are like Sing Sing theater.

Where you step into the song it feels like you’ve stepped back through time and into the 30s. Imagine the Bangkok vision of 1930s Hollywood because that’s precisely what it’s like for many. The club or bar scene isn’t for them with that being said. Bangkok offers all kinds of nightlife entertainment with dinner, cruises. Bangkok has to offer that other cities don’t is after dark shopping. As the capital of Thailand, this city literally allows you to purchase just about anything your heart desires all around the clock. 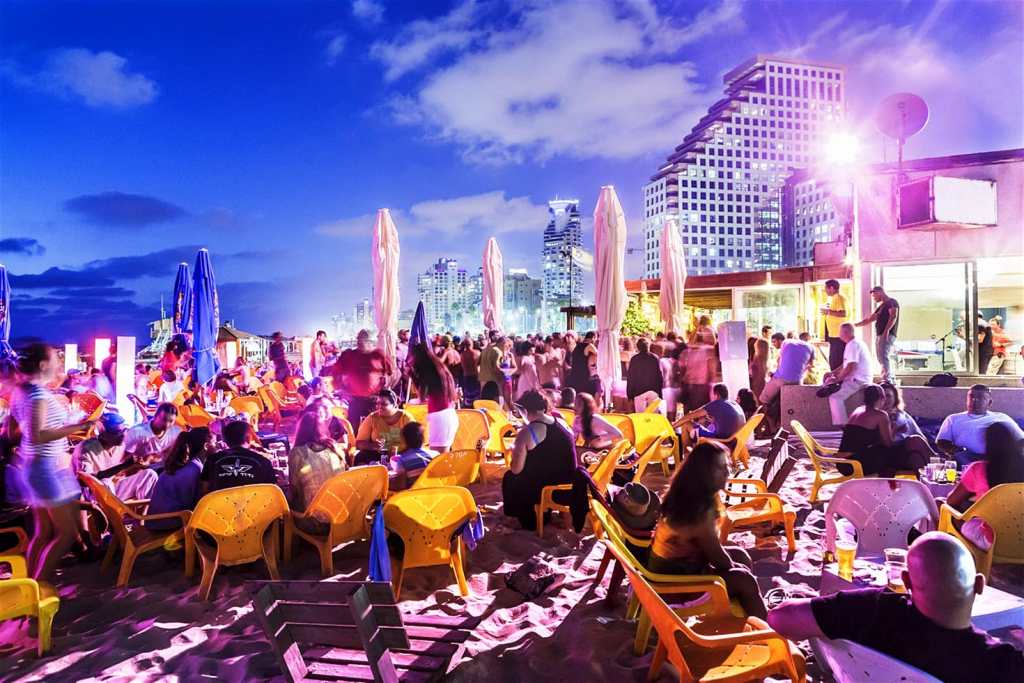 Who doesn’t want to party in the Mediterranean? Tel Aviv is quickly gaining a title for the city that never sleeps. If you’re wondering how it’s becoming this popular it’s because the nightlife is richly diverse. It hosts high-profile fancy rooftop bar such as speakeasy rooftop on Ross Shield. This club caters to the elite and high-class with fancy dishes and delicious cocktails. It’s at the heart of the most famous street in the city.

The nightlife in the city is bustling but there’s also places to relax and take in the scenery like a long stroll on the beach. Tel-Aviv beaches are stunning and truly have the most beautiful sunsets in the world. It’s easy and safe to do during the day or night and the perfect way to unwind. If the beach isn’t your scene either the city also hosts numerous pubs that sport bands and all other sorts of live music. Tel Aviv is a city that throbs with nightlife from sunup to sundown. 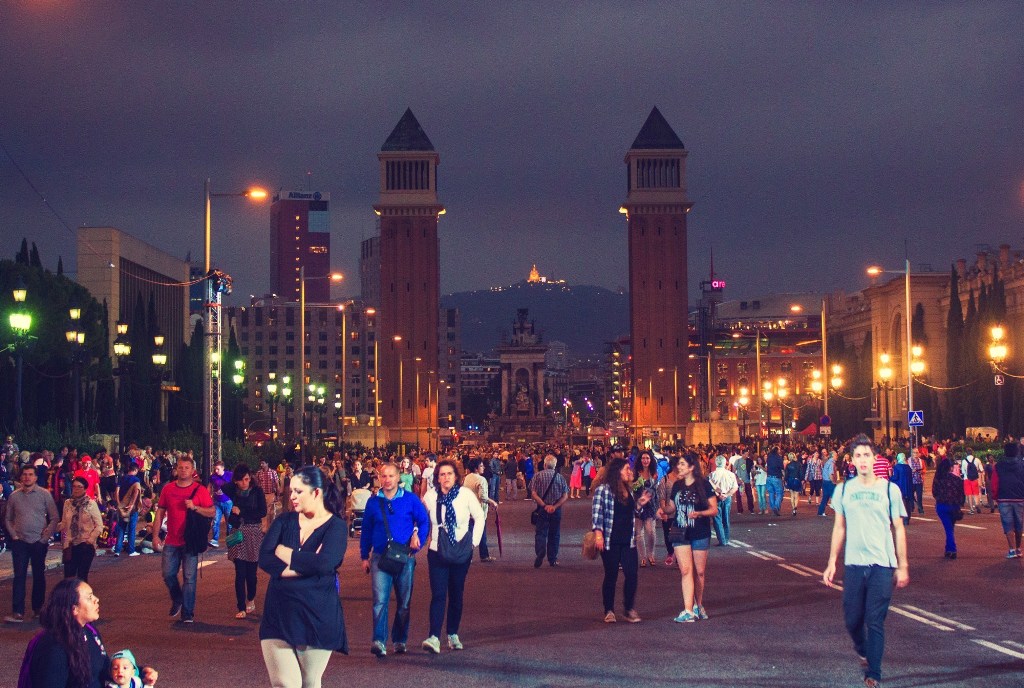 While there are several cities around the world that have gained the title of the city that never sleeps in Barcelona Spain. Is one of the original cities to hold that title. If music is your thing then this spicy city has it all. If you like jazz then slip into the swinging rhythm of smooth jazz. Something a little more up-tempo is to your liking than the salsa scene is where it’s at most. Clubs in and around the city close around 2:00 a.m. that’s not the case with clubs and nightlife in Barcelona. The club scene doesn’t actually get hopping until 2 or 3 a.m. then it rages all the way to sunrise.

Related:  10 of the World's Best Winter Destinations in the World

Keep in mind the club and bar scene isn’t for everyone. There are no less than 50 fantastic restaurants that people can choose from. Some that is casual and comfortable perfect for the lovely romantic evening. There are extravagant restaurants that cater only to the elite and upper-class. After eating people often take late-night strolls on some of the world’s most beautiful beaches as the gentle waves lap around their ankles. 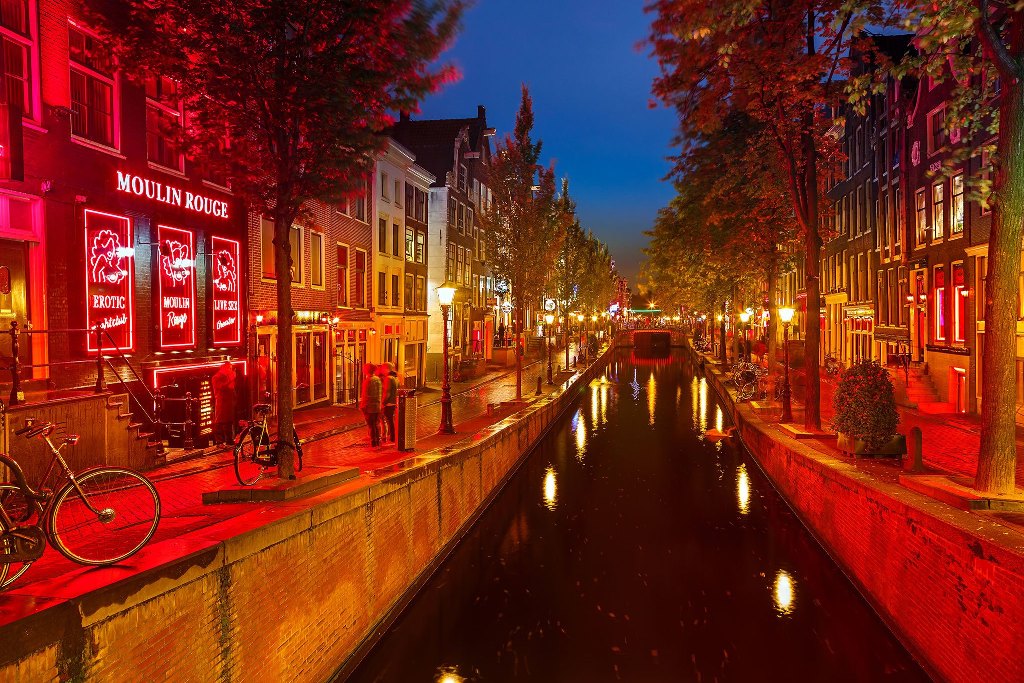 Everyone knows that Amsterdam is known for its extracurricular activities. The marijuana market in Amsterdam is not only legal but encouraged in this bustling city. Travelers can relax and listen to music in a chilled setting. If they’re looking for things more adventurous they can head over to a well-known club called the shelter. It’s a large Club located at the very bottom of atom Tower. That’s right the club is in the basement it’s known for its diversity and allows club-goers to experience something other than the normal. Another reason Amsterdam is famous is because of a little section called the red-light district. While at one point in time the red-light district and Amsterdam garnered negative attention. It has since redeemed itself in this area of the city. Hosts everything from shopping and dining to things of more scandalous varieties like brothels and sex shops. 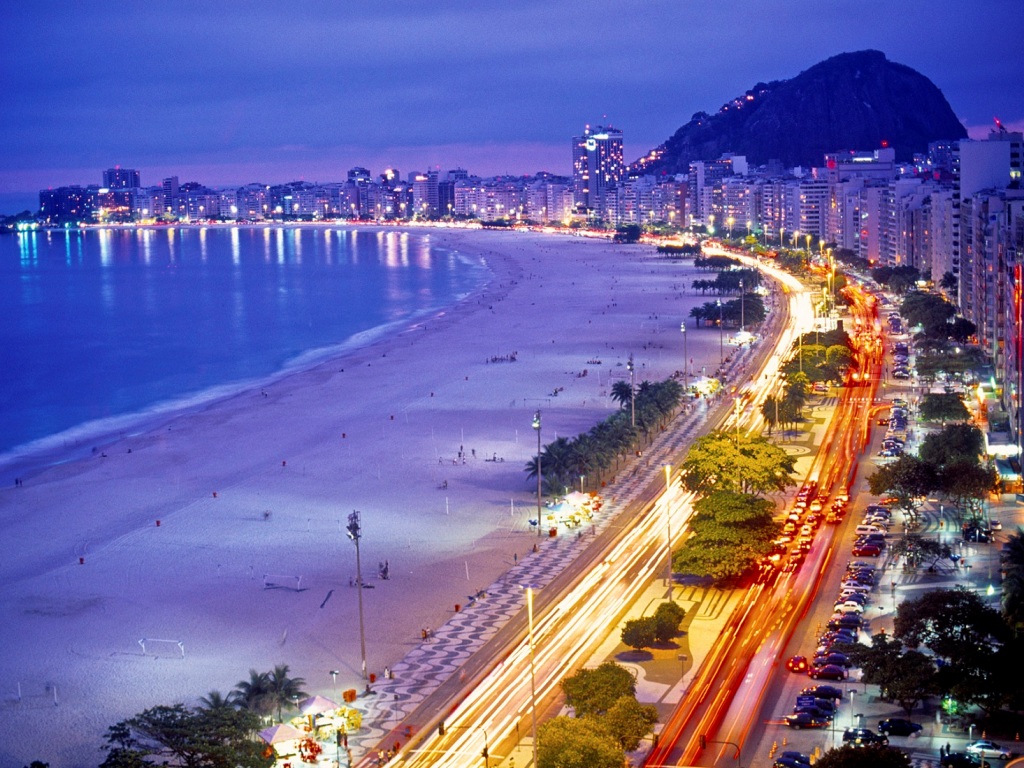 You’ve heard about Rio it was the home of the 2016 Olympics. This lively town is thriving with all kinds of nightlife activities with miles and miles of white sandy beaches. It’s hard to not find a club or Samba party within a stone’s throw live music clubs and bars line the shores for miles. Offering live music, fresh seafood, and parties that last until sunrise. One of the biggest seasons in Rio is Carnival. Thousands upon thousands of people dress up in brightly colored costumes and masks donned with feathers and join in a giant parade.

Carnival starts 40 days before Easter and lasts for a full five days. It’s estimated that during Carnaval there are over two million people on the streets every single day of it. It’s a festival that starts early in the morning and lasts until the next day. Rio really is non-stop partying even if it’s not carnival season.

Related:  The Most Popular Urban Exploration Locations You Must Visit 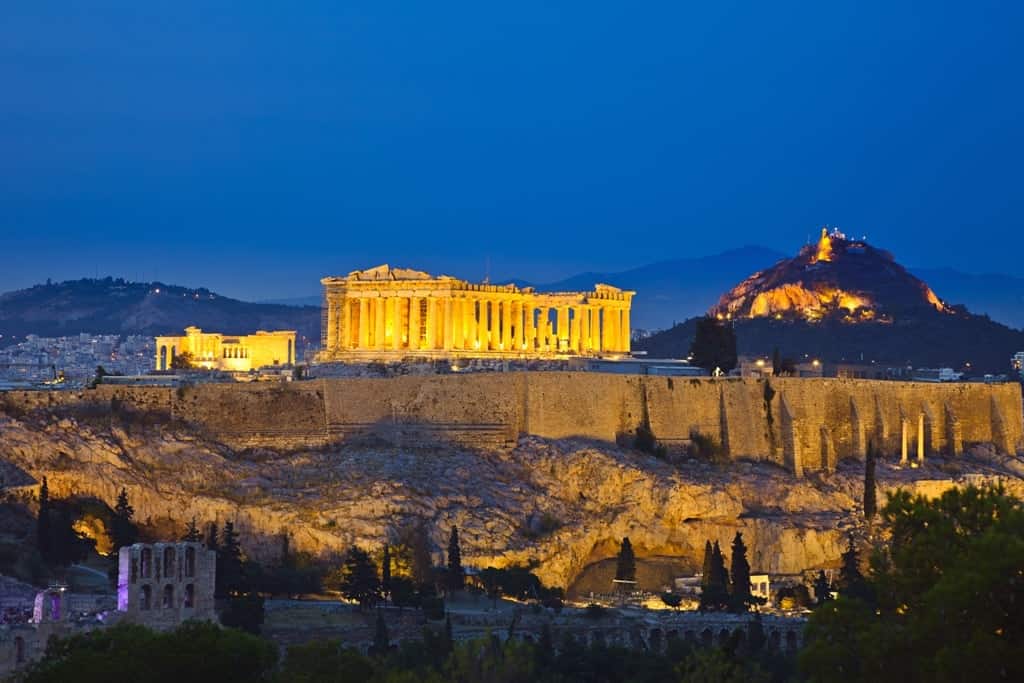 When people hear about the country Greece they often associate it with the Greek islands or Greek mythology. The city of Athens is rich in history and architectural beauty during the day but at night it comes to life. As one of the world’s top three hottest nightlife spots. The beginning of the night is often started at any one of the dozens of Greek restaurants. Travelers and locals can enjoy cultural dishes as well as listen to live music in some venues.

As the evening wears on people flock from all around to get into the hottest clubs in town the Dybbuk thrives and hums with energy. However, the club scene isn’t the only thing hopping in Athens. How about art Taff The Art Foundation is a creative place that incorporates all manners of art. It can be gallery art or performance art and just outside people can enjoy the courtyard cafe bar. 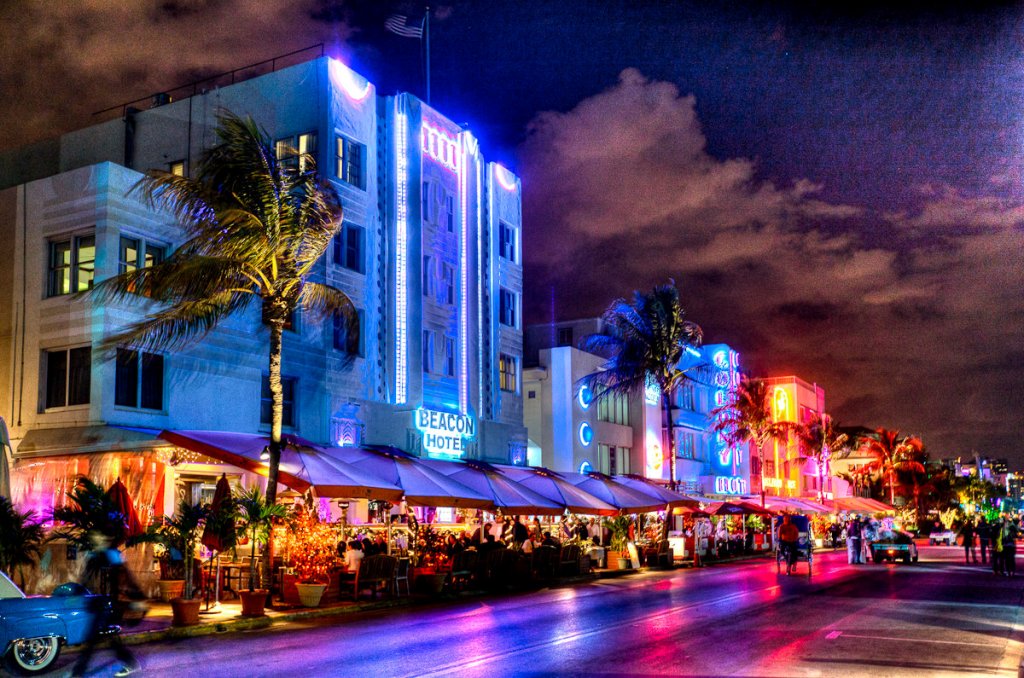 Miami is filled with bright colors and parties that just won’t stop with the influx of immigrants from Cuba and the surrounding islands. Miami has become a melting pot of all kinds of cultures. This is one of the only cities that can boast having 24/7 clubs. Miami nightlife is well known for being able to do whatever a person wants or desires. If you’re going to take in some fantastic art and grab a drink as the Sunsets of the ocean people visit Winwood. This is Miami’s hot spot Art District, the streets are lined with not only bars but brightly colored street art take in the art. When you run out of your drink stop into the next place for a refill. Have the urge to dance until the Sun comes up look no further Miami nightlife is known for dancing from sundown to sunup. 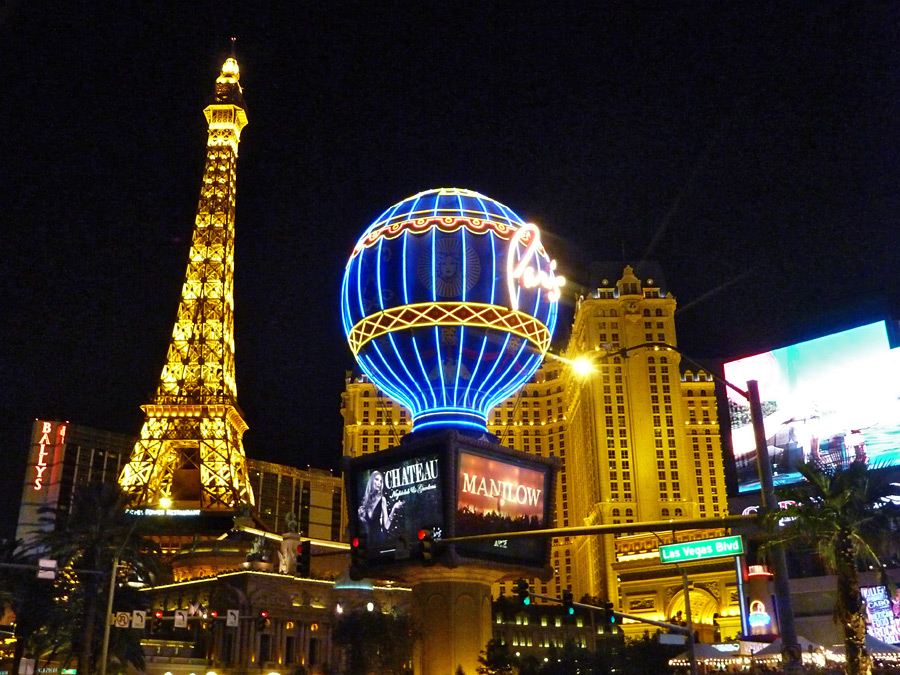 It’s quite literally the city that never sleeps people flock there from all over the world. Bringing the number of tourists visiting an astonishing 40 million people at any given time. There are plenty of things to do during the day. Las Vegas is known for its nightlife there are over 40 casinos and 30 strip clubs. Casinos aren’t the only attraction in Vegas, though people flock to dinner theaters to catch shows of their favorite stars and performers. After the show is over they can head to the nearest all-you-can-eat buffet and sample the best cuisine in the Western Hemisphere.