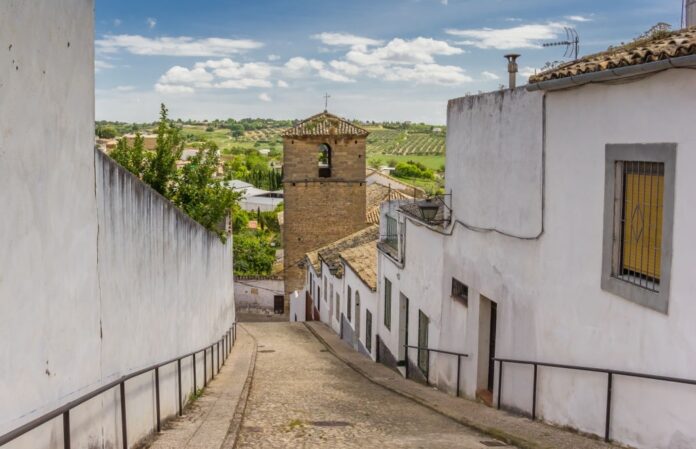 This list of the best places to see in Úbeda will help you not to miss anything in one of the cities declared a World Heritage Site in Spain, making the most of your time.

Located in the heart of the province of Jaén, in front of the Sierra Mágina and surrounded by a sea of ​​olive groves, Úbeda is considered the oldest city in Western Europe, with 6,000 years old, as well as a wonder both for its impressive buildings in the Renaissance style as for the elements that are preserved and recall its Roman, Muslim and Baroque past.

In addition to getting lost in the narrow streets of the old part and finding its most charming corners, it is worth visiting one of its old palaces, churches, museums and above all, trying the delicious oil from Jaén, one of the greatest sources of income. of the entire province, which we assure you, will not leave you indifferent.

Something to keep in mind during your visit is that half a day is enough to know its points of interest, concentrated in the historic centre, so it may be interesting to propose, as many tourists do, combine the visit to this city with Baeza, located just 10 kilometres away and also declared a World Heritage Site.

Our first recommendation on this list of essential places to see in Úbeda is to take a small route leaving the Tower of the Palace of the Counts of Guadiana and going through the entire Calle Real, full of restaurants and souvenir shops until you reach the Plaza de Andalusia. This square surrounded by arcades with shops and cafes has the Clock Tower on one of its sides, where you can go up to enjoy a complete panoramic view of the city.

If you have time, you can continue walking along Calle Obispo Cobos to the Hospital de Santiago, a national monument and considered one of the great works of Renaissance care architecture in Spain.

This imposing building, built between 1562 and 1575, was a hospital for the sick poor, as well as a church, pantheon and palace, although it is currently used as a cultural centre.
When you enter its interior for free, you will be surprised with a central porticoed patio with Carrara marble columns, an imperial-type staircase and a beautiful Chapel with frescoes and a wooden altarpiece.

Crossing the Puerta de Granada, one of the best-preserved entrances to the old Arabic walled city, is another of the best things to do in Úbeda. This small semi-circular door that is part of the 10th-century wall and located next to a watering pillar served as an exit to the old royal road of Granada and it is said that it was crossed by Queen Isabel la Católica when she left to conquer Baeza. As a curiosity, a legend tells that if you are able to eat a grenade under the door lintel without dropping any grain, you will find a valuable treasure.

Related:  The Best Electric Bikes of 2020 for Everyday Travelling

Right in front of the Palacio de las Cadenas, in the Plaza Vázquez de Molina, you will find the imposing Church of Santa María de los Reales Alcázares, another of the most beautiful places to see in Úbeda .

Declared a National Monument and part of the World Heritage Site, this collegiate church was built on the remains of the Great Mosque and marvels for its superposition of styles such as Gothic, Mudejar, Renaissance, Baroque and Neo-Gothic, which show how architecture has evolved.

On the façade, the Renaissance façade stands out presided over by two outstanding cattails and relief of the Adoration of the Shepherds, in addition to the side façade through which the beloved Brotherhood of Nuestro Padre Jesús Nazareno leaves on the morning of Good Friday, while in the Gothic-Mudejar interior, you will find a cloister from the XY century and several noble chapels.

Another of the best things to do in Úbeda and in the Plaza Vázquez de Molina is to visit the Palacio de las Cadenas for free, one of the most beautiful Renaissance palaces in the country and the seat of the City Council since 1850.

Built-in 1562 by Andrés de Vandelvira and financed by Juan Vázquez de Molina, secretary of state of Carlos V and secretary of the chamber of Felipe II, this building impresses with its three-story facade decorated with columns, gabled balconies and portholes, while the interior revolves around of a patio porticoed by marble columns and a beautiful central fountain, in addition, to housing the Municipal Archive on the upper floor, which has a Mudejar-style wooden coffered ceiling. Other interesting buildings in the square are the Palacio del Marqués de Mancera, built in the 16th century, and the Cárcel del Obispo, a building that became a prison for religious.

The Sacra Capilla del Salvador, in the emblematic Plaza Vázquez de Molina, is the Palacio del Deán Ortega, another of the most essential Renaissance palaces to see in Úbeda .

National Tourism Parador since 1930, this building that you can visit even if you are not staying in it, was built in the 16th century by Fernando Ortega, first chaplain of the Sacred Chapel of Salvador and leaving behind its sober facade in which its main portal stands out. Flanked by two Doric columns, you can peek inside to see an elegant Renaissance central courtyard with two levels and porticoed with slender marble columns.

Sacred Funeral Chapel of the Saviour

When leaving the church of San Pablo you can go down the Horno del Contador street passing in front of the Palacio de Los Manueles, which stands out for its semicircular pediment decorated with heraldic themes, until you reach the Sacred Chapel of the Savior of the World, the most important to visit in Úbeda.

Commissioned to be built in 1536, under the patronage of Francisco de Los Cobos, to house the family pantheon, this funerary temple designed by Diego de Siloé and completed by Andrés de Vandelvira is a masterpiece of Renaissance art.

After seeing its Plateresque facade with the Cobos coats of arms, it is worth paying the 5 euros that the entrance costs to see its main altar that houses a fantastic wooden altarpiece representing the transfiguration, the statue of San Juanito sculpted in marble and attributed to Miguel Ángel, and the Sacristy, considered one of the main works of the Spanish Renaissance.

Leaving the Synagogue and taking Roques Rojas street, you will arrive at the Church of San Pablo, located in the beautiful Plaza Primero de Mayo and another of the most beautiful places to see in Úbeda.

Built-in the 13th century on an old mosque, this medieval temple is one of the oldest in the city and impresses with its mixture of styles, including a Romanesque façade, known as Puerta de Los Carpinteros, a side façade in Renaissance and a late Gothic interior with several funerary chapels such as the Vago Waiter.

Leaving the Synagogue on Calle Roques Rojas, you can go to the Archaeological Museum, located in a beautiful Mudejar building from the 14th century and another of the places to visit in Úbeda.

To enter this building for free, you will have to cross a porch with an arcade that will take you to a central courtyard from which you can access four galleries where you can find prehistoric remains, burial stelae from Roman times, to medieval and Mudejar pieces. Keep in mind that near this museum are the Cantina la Estación and La Tintorera, two of the best restaurants to eat in Úbeda, perfect for lunch or dinner while visiting the city.

A few meters from the Palacio de Vela de Los Cobos is the old Synagogue of Water, built in the Middle Ages and discovered by chance during some works in 2007, which was opened to the public in 2010 and is another of the places to see in Úbeda essential.

During the guided tour of about 30 minutes in small groups through the interior you will discover six unique rooms, among which the Mikveh stands out, which were used to perform the ritual purification bath, so common in Jewish culture.

Another of the most interesting rooms is the Women’s Gallery, a space reserved for women and children to attend religious ceremonies.

One of the best things to do in Úbeda is to arrive first thing in the morning and leave your car in the free parking of the Plaza de Santa Clara to start the visit by the Palacio de Vela de Los Cobos, located a few meters away.

This Renaissance palace, built in the 16th century by the famous architect Andrés de Vandelvira, is preserved in perfect condition, standing out for its stone façade with a painted door between Corinthian columns, while a series of balconies with columns stand out on the second floor. crowned with a pediment.

The interior, which you can access by booking this guided tour in advance houses beautiful rooms such as the French living room and the gala dining room, decorated with furniture, sculptures and paintings of the time, as well as an interesting library and a historical archive.
In this building lived for many years the family of Francisco Vela de Los Cobos, mayor of Úbeda and Secretary of State of Carlos V, who amassed a great fortune and was one of the most powerful men in the country.